The sign-off of another broadcast day... 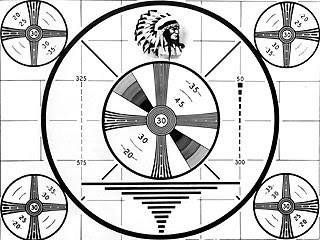 In 1965, Jim Croll was the station manager of KOAA-TV in Pueblo. As was the practice during the early days of television, the local NBC affiliate signed-off at midnight with a standard "end of the broadcast day" announcement, followed by the national anthem. A test pattern would then appear, until the start of the next broadcast day, at 6:00 a.m. While the ritual worked fine for almost every station in the country, Croll had another idea – sign-off the station with an original song.

“Jim Croll asked my father if he would write a song for the television station to use during their sign-off every evening,” said Sam Pisciotta. “My father told me he spent several days writing the song, and then Jim’s wife Valerie wrote the lyrics.”

His father, Sam Pisciotta, a prominent local businessman known as “Captain Sam,” was the owner of the Family Athletic Club for more than forty years.

“The song was performed by Stan Burk, an opera singer at the Mario’s of Aspen restaurant, in Denver,” said Val Croll Tursi. “Unfortunately the accompaniment used for the low budget project was an accordion.” 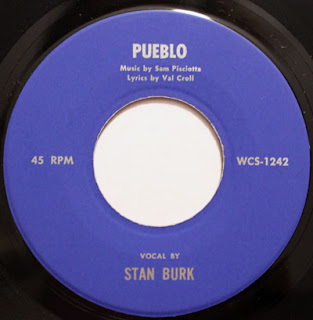 As the President of the Pueblo Chamber of Commerce, Croll saw an opportunity to press a record of the song, and sell copies as a limited edition local collectible.

“The record was sold at the Crown Discount Store, which was then on the corner of 4th and Elizabeth,” Val Croll Tursi said. “I can't recall how many were printed, but there are not many in circulation, so probably under 100.”

“The (Stan Burk) recording is not nearly as impressive as the chorale groups,” Val Croll Tursi said.
Posted by Lisa Wheeler at 12:29 PM No comments:

When I was five months shy of graduating from high school my father uprooted my family, from small town Oklahoma, to Pueblo, Colorado.

In 1979, I pretty much had blinders on when it came to my interests - listening to the radio and playing records. Come to think of it, not much has really changed. My radio dial was permanently set to KILO 94, a rock station out of Colorado Springs. I had long decided that radio was going to be my career choice, but hearing Jennifer Bell back announce Triumph and Styx sealed the deal for me.

My second home was equally divided between Independent Records and Record Reunion. 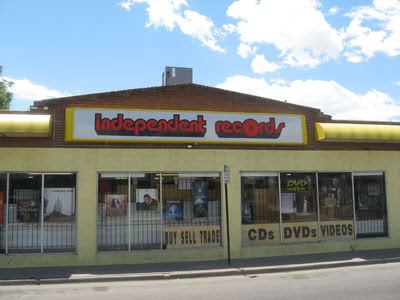 Back then, Independent was a new and used vinyl store and head shop. Coming from Podunk, Oklahoma it was like opening the door into Oz. If the incense didn't make you dizzy, the rows and rows of vinyl would. I easily spent nearly every dime I made (making cheddar melts at Arby's) in there. 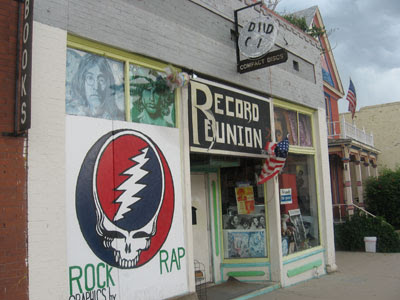 Record Reunion was located near the city library, next to a used book store, on the old side of town. You could spend hours going through each bin - only because nothing was categorized or alphabetized. The randomness made the store a bit of a challenge, and not for the faint-hearted, but well worth the time, if only for the thrill of the hunt.

Sadly, I just recently found out that the owners decided to close the store.

So what is this blog about? Quite simply, here is where I will feature vinyl originating Colorado. Chances are you will have never heard of these singers and bands, or the record labels of which they appear--but then again I bet you only thought the only things that came out of Pueblo were consumer information catalogs, huh?

Enjoy!
Posted by Lisa Wheeler at 12:26 PM No comments: