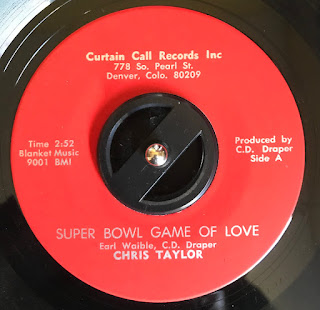 I'm indifferent about the "big game," on Sunday. So here's a little esoteric, football-themed, Colorado country twanger, by Chris Taylor.

More on this record HERE.

Yet another year of the Broncos "rebuilding," means I can do something else with my time. I mean, the commercials are already available for viewing, days before we have to wait for them to appear during the game (the Stella Artois Big Lebowski / Sex in the City ad is my early favorite).

Don't get me started on the halftime show. Short of resurrecting Prince, or a surprise Led Zeppelin reunion, I've been unimpressed with the mid-game entertainment, since the stunning five years of Super Bowl halftime perfection, ten years ago:

OK, Lady Gaga, in 2017 was the exception of halftime show drought.

Posted by Lisa Wheeler at 10:56 AM No comments: 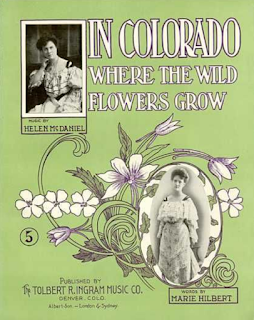 Hey all! So, I'm diggin' at the big Colorado Springs city-wide garage sale event, last weekend, and I spot this fantastic Denver-published sheet music, "In Colorado Where the Wild Flowers Grow"... and then I found another... and another. I noticed the name Tolbert R. Ingram on all of them, so I thought I better further investigate.

Read more »
Posted by Lisa Wheeler at 3:10 PM No comments: 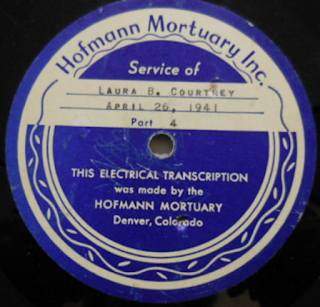 So...you want to relive the funeral of your dearly departed? The folks at Hofmann Mortuary, Denver got ya covered, with a 78rpm recording of the service!

Yes folks, this Colorado-related record find actually had me gaping like a Rocky Mountain trout, when I spotted it.

Apparently Hofmann provided the families of the deceased with a souvenir of the funeral. No clue how many of these recordings exist. I did a pretty exhaustive search, to find out if other funeral homes also did this, and could find no other. 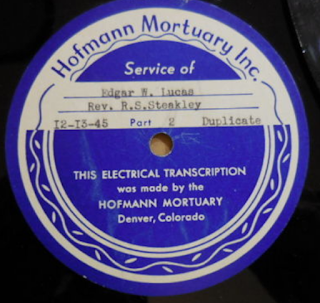 According to the Colorado Funeral Directors Association, Hofmann Mortuary was originally located at 301 Broadway (1906), then later relocated to 601 Broadway (1921). It stayed in business, until 1964, when the property was demolished, to make way for office buildings.

Founder Caspar Hofmann passed away in 1957.

Sadly, there are no photos of the original business. According to another site, the building had "a pitched roof, with light and medium dark blond brick. On the front was a Hofmann sign, with clock in the center of 'Hofmann (clock) Mortuary'. The was neon lit in soft neon colors, the clock also had a swing pendulum."

Posted by Lisa Wheeler at 10:35 AM No comments: 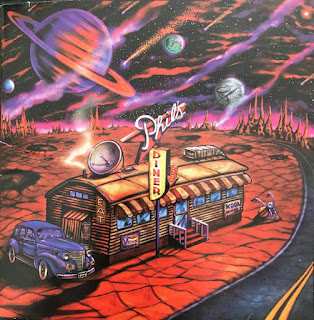 Very excited to announce that a very limited number of Phil Head's original 1999 CD, Phil's Diner, are available for sale!

Phil located a total of 50 sealed copies of Phil's Diner, and is allowing me to sell them, via Elk Bugles.


In honor of the 20th anniversary of this rarely seen CD, I'm offering them at $20 /each, plus $5 media mail and shipping materials (USA).

Phil was best known as the drummer of the Pueblo band, The Trolls, and the Montana psych rock group, The Frantics.

PLUS a CD insert booklet with song lyrics and rare pictures of Phil, and his early bands, The Cobras, The Trolls, The Frantics, and Freeway Flyer!

Posted by Lisa Wheeler at 12:08 PM No comments: 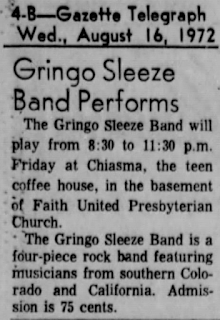 So I'm going through this mountain of old Colorado Springs newspapers, when I spot this story, in a 1972 Colorado Springs Gazette-Telegraph. The band's name was one I hadn't seen before, in my research, nor could I find any additional information on the group. 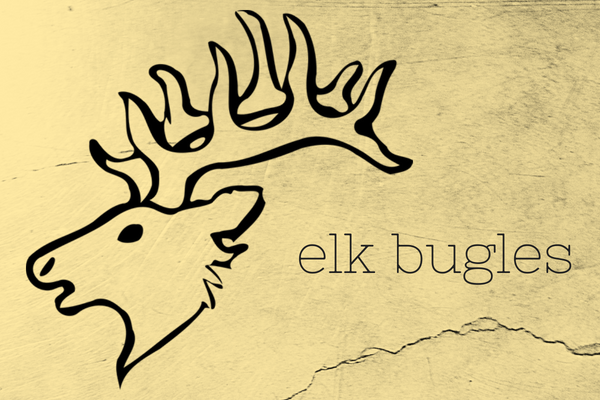 Every Thursday from 4:00 -5:00 pm (MT) Elk Bugles is the Colorado music show featuring the little-known vinyl of the state. Tune in every week to hear unknown and unheard Colorado vinyl records, from the 1930s to the 1980s – the records missing from the state’s music history books.

Read more »
Posted by Lisa Wheeler at 3:33 PM No comments:

From the Archives of Pueblo's La Cucaracha 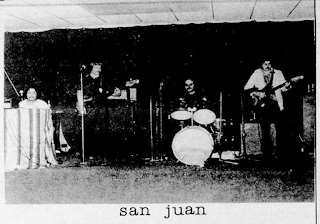 I recently obtained a few old issues (1976-1980) of La Cucaracha, the local Pueblo newspaper, which served the Hispanic population of the city. Fantastic archival pictures of a handful of local bands, of the day. Check it out:

Read more »
Posted by Lisa Wheeler at 3:28 PM No comments: 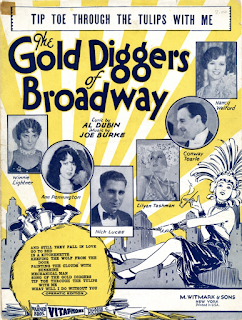