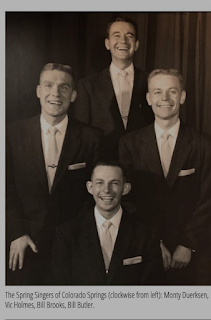 Photo courtesy of The Harmonizer - July/August 2019

Added this doo-wop LP to my stash, courtesy of my fellow Colorado digger Mike Stelk. I immediately noticed the KCMS notation on the label, which indicated that it was recorded at Bud Edmonds' Manitou Springs studio. 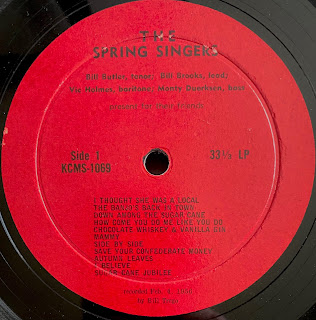 Nice barbershop harmonies, with an evident doo-wop vibe. The label reads that it was recorded in 1956. It noted Bill Trego as the producer. The group included tenor Bill Butler. lead Bill Brooks, baritone Vic Holmes, and bass Monty Duerksen. I'm guessing this is a very limited edition release, as it notes "present for our friends" under the singer credits.

A quick search finds that Duerksen, formerly of Newton, KS, formed the Spring Singers when he arrived in Colorado Springs, while stationed at Camp Carson (later Fort Carson). According to his obituary (he passed away February 25, 2020), "While there, he put up a bulletin board notice seeking quartet singers and thus was born his first barbershop society quartet, the Spring Singers." In 2004 he was inducted in the Barbershop Harmony Society's Central States District Hall of Fame.

Unfortunately, I couldn't find any information on the three other members. Of course, drop me a line if you know more. 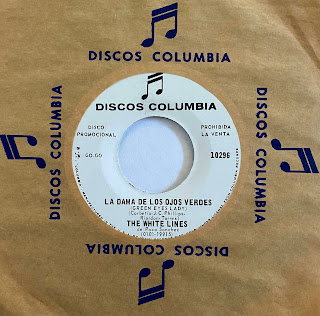 Now, before I get messages on this, this is not the same Paco Sanchez, who is considered the "Father of Hispanic Radio" in Denver. That Paco came to town in 1948. Yes, while he was a lead singer of a musical group (and later a member of the Colorado House of Representatives, and namesake of Paco Sanchez Park), he had moved on to social reform causes, which I doubt included him resurrecting his musical career, at this late stage in life. He passed away in 1973, at the age of 57. 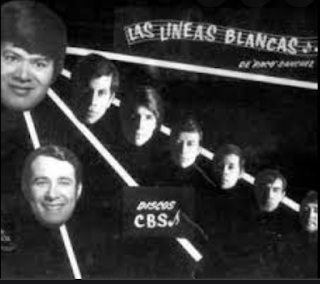 Paco Sanchez is listed as a member. The band put out an 1971 self-titled LP, which includes "La Dama De Los Ojos Verdes" (Caytonics CYS 1293). I found a listing of this group in Florida, and also Mexico. 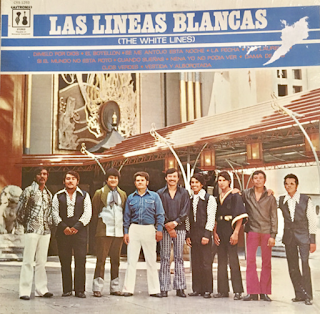 So now I'm wondering how many Colorado-centric English-language songs were recorded in different languages? Idly wondering if there is a version of "Alto De Las Montañas Rocosa" out there. I'll keep hunting!

(NOTE: Rick Kurtz, who I interviewed for this piece, passed away on October 27).

Hey all! So 50 years ago today, Led Zeppelin released the signature power ballad "Stairway to Heaven."

I had always wondered if I would run into a Led Zeppelin cover in my quest for obscure Colorado vinyl finds. A Page/Plant song had always eluded me, until I found this Aurora high school LP in a Colorado Springs thrift. To my absolute shock, the record was inside another Colorado high school album, so sadly there isn't a cover to go along with it. 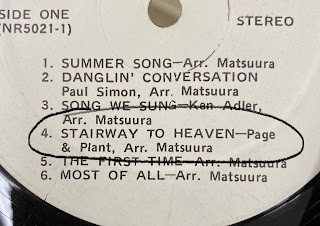 Listen to "Stairway to Heaven"

The kids at Aurora's Gateway High School are to thank for this find. Recorded in 1974, and directed by Eugene Matsuura, the album features several pop covers (included the Beatles "Hey Jude," Roberta Flack's "The First Time Ever I Saw Your Face," Simon and Garfunkel's "Dangling Conversation," and "The Theme From the Men" the short-lived TV show, with the theme written by Issac Hayes). 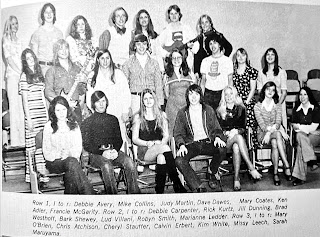 I tracked down a few members of the group who filled me in a bit on the recording.

"I don't know if you would call me the lead singer on that record," said Kenton Adler. " I sang the opening verse, and the harmony parts. I'm pretty sure it's me on 'As we wind on down the road...'. Marianne Ledder was one of the flutes."

"Everybody was all for including the song on the album," said Marianne Ledder Sellers. "I think Gene [Matsuura] just gave it to us, and we were cool with it. He did all of the arranging. I think it took more than one take to record the song."

"Gene Matsuura did a really cool arrangement on that record," said Adler. "I think Robyn Smith was the other flute, along with Marianne. The electric guitars were Rick Kurtz and Dennis Guin. Rick went on to a music career in Nashville." (Side note: Rick Kurtz was a guitarist with Delbert McClinton, T. Graham Brown, Webb Wilder and others).

"I don't have a great memory of the Pops Ensemble," said Rick Kurtz. "I think Kenton has a better recollection, than me. All I remember is that it was the only class I enjoyed, and one of the only I took, as I had quite a few credits from attending Australian schools, for a few years, previous to Denver."

"A guy named Dan Daniels was the recording engineer," said Adler. "He brought portable equipment, and microphones, and we did it in the choir room at Gateway, in one day. He had a studio near Hinkley High School, in an industrial complex."

Email ThisBlogThis!Share to TwitterShare to FacebookShare to Pinterest
Labels: Aurora 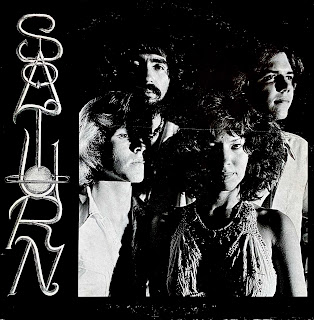 Yeah, that pretty much sums it up.

Listen to "The Rings of Saturn" 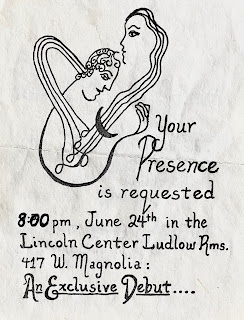 The six-song album also included an invitation to the group's LP 1978 release party, in Fort Collins (including a talk on the record engineering process, by Radiant's Bruce Brunson). The invitation also noted that attendees would have an opportunity to purchase a "special limited edition, signed album."

Flavia Williams passed away March 23, 2017.  According to her obituary, Flavia Williams-Florezell was born in 1955. She graduated from Colorado State University, with a degree in theatre.  The tribute noted that she was closely associated with director Peter Anthony.

She would go on to appearing in a number of Fort Collins and Denver theatre productions. Her last performance was in The Last Days of Judas Iscariot and Wonder of the World at the Bas Bleu Theatre, in Fort Collins.

In 2020 the LP was re-released by Subliminal Sounds, in Sweden.