Author's note: Just in case anyone thought I only collected Southern Colorado records, check out my other website, RadioUseOnly.com - my collection of radio station-produced recordings. It's where the record I feature in this edition first showed up in my stash.
Interview with Gary Smith conducted February 2011. 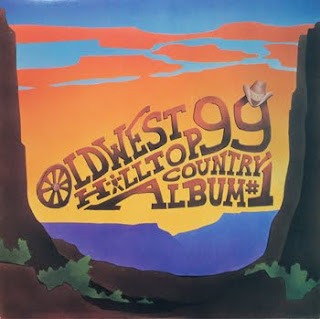 In the early 1980s, KEKB radio hit the airwaves of Grand Junction, playing the latest country hits. In an effort to promote the new station, the local Old West Recorders studios pitched an idea for an album featuring local performers.

"As part of the promotion, the LP was sold as a fundraiser for Hilltop, a local head trauma hospital," said Old West Recorders owner Gary Smith.

The OldWest Hilltop 99 Country concept began as an idea to support and promote musical talent that is "home grown" right here in Western Colorado. In a few short months, the concept has captured the imagination of Western Colorado so much that it has generated a tremendous wave of interest and enthusiasm. The result of this interest and enthusiasm is inside this album jacket. - Album liner notes.

"The album also included Clyde Jorgensen and Ralph Smith, who performed locally as Ralph and Clyde, and Tom Bayne who had the FTM Band," said Smith. 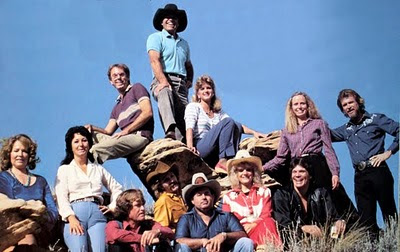 Among the selections was a two minute jingle for the station. Composed by Gary Smith, "KEKB Song" was sung as a duet with Steve Back and Vickie Wolfe.


Listen to a sample of "KEKB Song"

Before Gary Smith moved to Grand Junction, he enjoyed a lengthy music career, working with a variety of performers, including Bernadette Peters, Frankie Laine, The Coasters, The Platters, and Danny and The Juniors. He has produced over 75 albums. In addition, he has produced music for the Nickelodeon Television Network.

While the album's title implied that there would be a second volume, Smith said the follow-up project never materialized.

COMING NEXT POST: Bill Goodwin
Posted by Lisa Wheeler at 1:47 PM No comments: 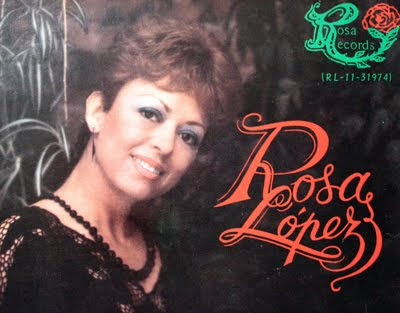 At only 4'11" Rosa Lopez could belt out a song, often overpowering the mariachi who played behind her.

Born in Alamogordo, NM and raised in Roswell, she began performing at a very young age, touring throughout the southwest, Mexico and Hawaii, before settling down in Pueblo, with her husband Jesus, to raise their two children.

In 1985 she released two singles on her own Rosa label. 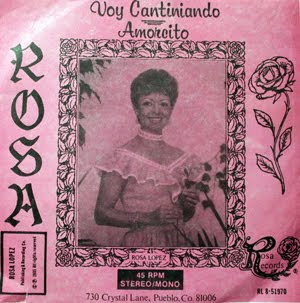 "Voy Cantinando" showcased her songwriting skills, while the b-side, "Amorcito" was credited to Lopez, Mel Romero and Lou Amella. The single was produced by Marcelino Noriega. The musicians on the record are not credited. 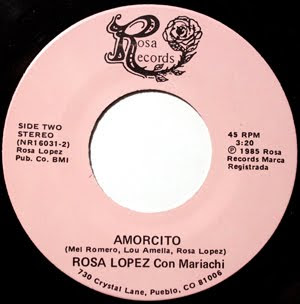