Frankie Bregar and His Polka Kings of the West

In the latter part of the 19th century, Colorado Fuel and Iron Company sent agents throughout the United States to recruit workers for its new plant, in Pueblo, Colorado. From this trip thousands of Slovenians, Slovaks, Germans and Italians signed up, and made their way to southern Colorado for employment – among the new arrivals were Frank and Caroline Bregar.

On April 28, 1918, the couple became the proud parents of a son – Frank. Born in Pueblo, young Frank would learn to speak Slovene, the Bregar's native language, and by the age of seven the Edison Elementary School student was playing his father’s accordion.

“At age 12, my father started his own five-piece band, and began playing at parties, weddings and bars,” Frank’s son, Frank Bregar, Jr. said. “His band continued to play for various functions all through his days at Central High School.”

By the start of World War II, Frank took at job as a clerk at CF&amp;I steel. That same year he joined the military and was stationed at Fort Logan, in Denver, where he continued to perform.

“He married my mother, Connie, and they moved to Cañon City,” Frank Jr. said. “After the service he went to work for his brothers-in-law, in a local coal mine, in Florence.”

While in Cañon City, Frank and Connie started a duo playing at a local bar, the Fawn Hollow Tavern. Before too long he added Fred Breedlove on bass, and Lou DelPizzo on banjo and guitar. They would go on to play at the Mellow Moon – a club the band would call home for four years. On Saturday afternoons Bregar could be heard on his radio show, on KFEL.

Soon it became apparent that Cañon City offered limited venues for his music. In 1953 he left the coal mine, and moved his family back to Pueblo, where he was rehired at CF&amp;I – and became a regular on the Pueblo music scene.

“He started another band and played at the Veterans Bar and Dance Hall. He did that for eight years,” said his son Frank. For the next 40 years Bregar’s band played numerous other venues, and radio shows, including The Slovenian Radio Hour, and Hank Krasovic’s Polka Show, which aired on KDZA and KGHF. 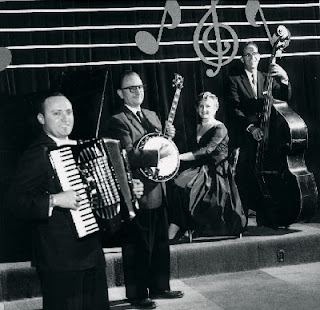 Frank Bregar’s popularity was not just limited to Colorado. It was during this time that he and his band performed throughout the mountain states – and caught the ear of “America’s Polka King” – Frank Yankovic.

“In the late 1950’s, my dad traveled to Cleveland, Ohio and met Frank Yankovic,” said Frank’s son. “This meeting began a true friendship between both musicians that lasted up until Yankovic’s death.”

Whenever Yankovic performed in Colorado, Bregar sat in with the band. When Pueblo was on the tour stop, Yankovic would stay with the Bregar family. “After a Yankovic dance, the whole band would reconvene at our home for jamming, drinks and an early breakfast,” said Frank Bregar, Jr. 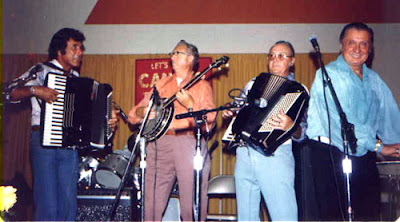 At the urging of Yankovic, Bregar started a recording company, Pikes Peak Records. The label’s first single, released in 1957, was “Frankie and Connie’s Polka." 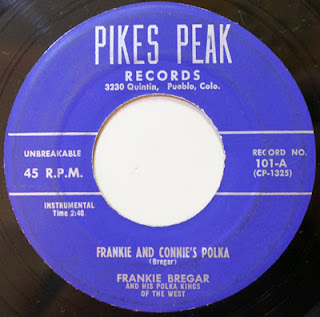 Listen to "Frankie and Connie's Polka."

The flipside, “The Petticoat Waltz," featured Frank Hren on vocals. Both songs were recorded at local Pueblo radio station KCSJ. Pikes Peak Records sold and distributed almost 900 of the singles. 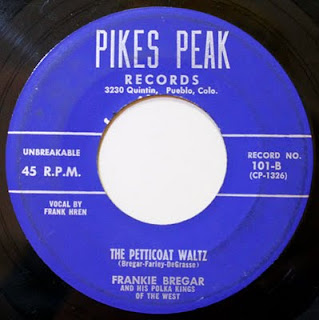 Listen to "The Petticoat Waltz."


Bregar recorded a second single, also recorded at KCSJ, “Mountain Climbers Polka," and the b-side, “Bessemer Rock Polka.” The records were sold all over Colorado, Wyoming, Iowa, Ohio, and California. It’s estimated that Pikes Peak Records produced 500 of the singles. 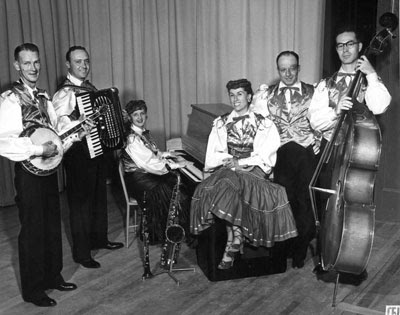 In 1959, Bregar became friends with a fellow CF&amp;I co-worker, Chuck Spurlock – who would go on to front his own successful polka band.

“We both lived in ‘Bojon Town’ in Pueblo - that’s was where most Slovenians lived. We used to eat lunch together, and would play cards during our lunch hour.”

“Our polka styles were similar – we styled our music after our mutual friend, Frank Yankovic. It was a Cleveland polka style. On occasion when one of us couldn’t accept an engagement we would refer the prospective customer to the other. So we helped each other out. Back then there were plenty of playing jobs to go around,” Spurlock said.

“I married in 1961 and hired the Bregar band for my wedding reception for four hours and my new father-in-law hired them for another four hours so they put in a full shift. We estimated approximately 600 people at the wedding,” said Spurlock.

In 1980, Frank Bregar was inducted into the Colorado Polkathon Hall of Fame, for “Outstanding achievement in promoting polka music throughout Colorado and bordering states.”

Frank and Connie’s last professional jobs were with their son, Frank Jr., at the Elks Club in Grand Junction and the American Legion in Paonia, Colorado. Up until his last stroke in 2000, Frank played for residents in his nursing home, Family Health West in Fruita, Colorado.

Frank Bregar Jr. would go on to follow in his father’s musical footsteps - playing the saxophone and clarinet with the Pete Dunda and Joe Gable polka bands.

“Dad was very tenacious about taking music lessons and practicing every day,” Frank Bregar, Jr. said. “I used to think it was a real chore, especially when it interrupted playtime with my friends, but I’m thankful that he made me do woodshedding [practicing]– and I wouldn’t be the accomplished musician I am today, if it hadn’t been for my dad pushing me.”

His interest in music goes beyond his father’s genre. He not only fronts a 10-piece big band, The Men of Music, but also a five-piece variety band, Sentimental Swing, and has started an eight-piece “baby boomers” rock band, Hit Squad 8.

COMING NEXT POST: Mike and Fran
Posted by Lisa Wheeler at 1:00 PM