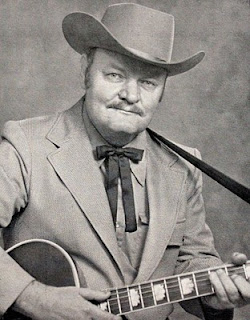 Bob Mickey's parents came to the La Junta area in 1916, where they homesteaded south of town. Moving into La Junta proper in 1921 he was born two years later, in a family who as spent as much time in church as they did working the farm.

But Bob Mickey had other ideas.

"He never wanted to settle down," said his sister Jean Hasty. "He followed his older brother to California, and worked at the Swift packing plant, and didn't like it, so he started driving a taxi, and then one day he took his guitar to a bar, and started playing."

Throughout the 1940s, Mickey would find himself in every honky tonk on the West Coast, playing for tips. After introducing himself to Tennessee Ernie Ford, he would go on to appear on the star's radio show, and pitch a song to the singer that he a recently written.

The song was called "All I Want for Christmas," said Hasty. "Ford went on to record it, and for the longest time Bob would get these little residual checks from that record."

For the next decade, Mickey kept busy working the bar circuit, but a trip back home to Colorado in 1953, before a booking in Santa Fe, would forever change his life.

"My mother invited him to go to church," said Hasty. "During the service he became converted. He called the bar in Santa Fe and told them that his life and priorities had changed, and he wasn't going to make the show."

Almost immediately the western-attired preacher became an in-demand evangelist, sharing his testimony at revivals. The nightclub audience he once played to for tips was replaced with packed believers who wanted to hear how this former honky-tonker found the Lord.

In 1954, friends attempted to set him up with Esther Mae Roberts - but he had his eyes on her cousin, 24-year-old Ida Mae, a Lamar chalk artist who often used her artistic talents to portray Bible scenes during church services.

"My parents were good Christians, and they knew that God forgives you, so they didn't have any problems with him and his past life," Ida Mae said.

"Bob was working with an evangelist and taking a correspondence course to become a preacher," Ida Mae said. "We went on a short honeymoon, and then started doing revivals together." 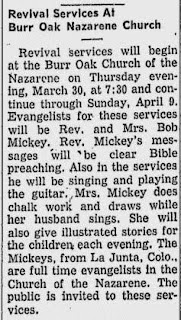 Bob and Ida Mae would live out of a suitcase the first few months of their revival career, staying in church Sunday school rooms, or in a pastor's home. Realizing they needed to expand their living conditions, with the arrival of their daughter Marcella (in 1959), they purchased a trailer.

Coming back to Lamar for the birth of their daughter, the Mickey family went back on the revival circuit just three weeks after she was born.

After ten years on the road, in 1969, the Mickeys came back to Lamar, in part so Marcella could attend elementary school. They continued to travel during the summer. By 1975 the family again hit the road full-time, home schooling their daughter, who would go on to become a licensed practical nurse.

While touring California, Mickey recorded Country Gospel (Crusade 584). Released in 1974, the album contains numerous religious standards, a cover of Hank Williams' "I Saw The Light," and one Bob Mickey original composition, "It's Later Than You Think." 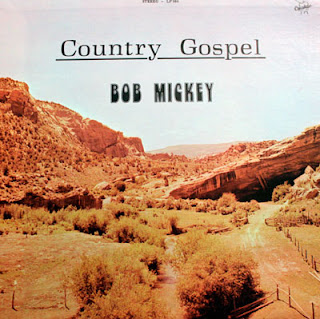 Listen to "It's Later Than You Think"

"The picture on the album cover was chosen because my grandfather had homesteaded south of La Junta and the cedar breaks on the front cover look like their homestead site," said Mickey's daughter, Marcella.

In 1991, after nearly four decades on and off the road, Bob Mickey returned to the Lamar area, where he pastored in and around southeastern Colorado, including the Holly Nazarene Church.

"He was a very good pastor," said current pastor Eugene Birt. "You never saw him without his cowboy hat on - except in the church building."

In 2001 Mickey was planning a trip to Seattle to celebrate his sister's 66th wedding anniversary, when his health began to decline from years of diabetes and heart failure. Just three days before he was to leave, he died.

He is buried in Lamar.