Continuation of the various Pueblo gospel albums unearthed on my last trip back home. Again, if you can share any information on these LPs, let me know.
Happy Holidays! 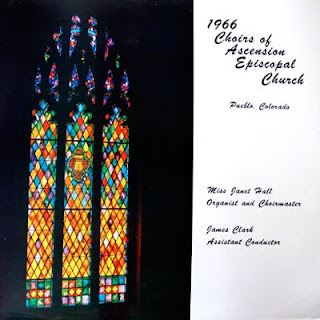 
Listen to "Away in the Manger"
Stewart Abbot - Solo

In the fall of 1964, the Junior Choir Ascension Church, which had developed strength over a period of years, separated into two groups and chose the names of St. Cecilia and St. George for their new organizations. With the addition of men's voices, St. George's Choir sang as a unit for the first time at the Christmas Eve midnight service, in 1964, and twice more in the Spring of 1965.

Miss Janet Hall, organist and choirmaster, has directed Ascension Choirs since 1957, and is a graduate of Smith College and Union Theological Seminary in New York, where she earned her Master's degree in sacred music. She is an assistant professor in music at Southern Colorado State College in Pueblo. James Clark, is a 1966 graduate of S.C.S.C., who has specialized in choral conducting. Doyle Muller is on the music faculty of S.C.S.C. 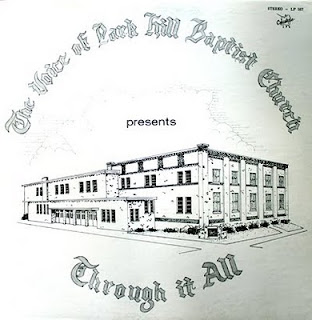 
It is with great joy that we of the Park Hill Baptist Church present this album for your listening enjoyment. Our church is a fundamental, Bible-believing, Bible-preaching church which still subscribes to the "Old Fashioned Gospel." We believe in the universal need of mankind everywhere to accept Jesus Christ as his perfect, all sufficient Saviour.


Listen to "Through it All" 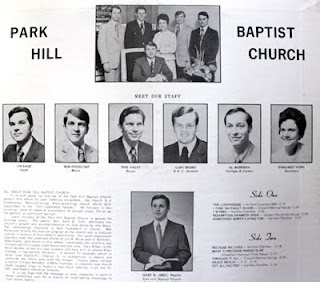 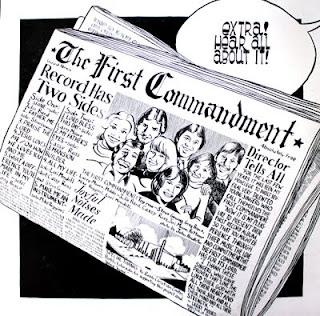 The First Commandment - Extra Hear All About It
(no label information)

Let me introduce to you The First Commandment - not the singers heard on this album, but the principle of God that they live by. We are commanded by love - first God, then other people. Jesus referred to the law of love as the first commandment. - Larry Moore, Director of Music, Pueblo Community College 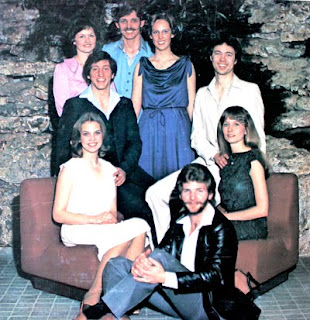