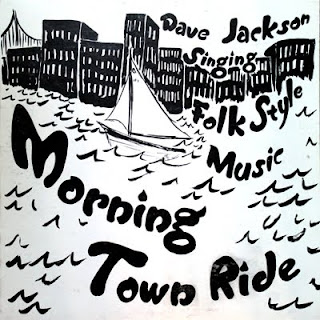 On my most recent trip back home to southern Colorado, Pueblo-based record dealer, and dear friend, Joel Scherzer presented me with an album for my collection – one that would turn out to be probably my favorite find of the weeklong record search.

Dave Jackson Singing Folk Style Music - Morning Town Ride (Valerie VR 7000) is a collection of 16 songs of the genre. "Many of the songs selected are personal favorites, but there has been no attempt to display any of my own views or personal feelings," he writes on the back cover.

The LP isn’t produced well. In fact, I dare say there is any production whatsoever to this album. It almost sounds like the recording was made in a closet. But the sad, loner vocals, and the barely audible guitar easily makes the record memorable.

Listen to a sample of "Man of Constant Sorrow"

I had to find out who Dave Jackson was. But there were few clues to go on. The album appeared to be a product of the Custer County Independent School District, based out of Westcliffe. The school’s science teacher, Jerry Dolby, is listed as the school sponsor of the recording. 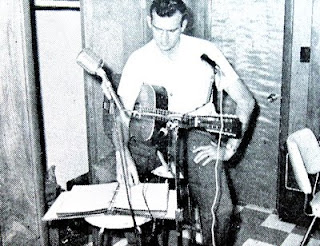 “I did find the 1969 yearbook for Custer County High,” Dolby said. “The picture of Dave Jackson is the same as the one for a sixth grade teacher of the same name. I can find no evidence of his being on the faculty for more than one year.”

According to Dolby, the annual also shows a “Mrs. Dave Jackson” on the faculty, who was the pep club sponsor.

“I'm confident the class sold Dave's album as a fund raiser for a class trip.” 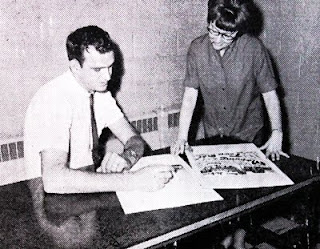 The cover art was done by Margaret Locarnini.

“Margaret was quite an artist, she was a super talented person,” said Clara Reida, who also worked at the school, and later bought a ranch with her, to raise horses. I remember there was a big brewhaha in the area, and she had to leave her job at Custer County, to go teach in Florence. Apparently the valley was being developed and a billboard was cut down, and how it was pinned it on Margaret I don’t know. But she had to leave her job.”

Attempts to locate Dave Jackson were unsuccessful.
Posted by Lisa Wheeler at 2:12 PM

Email ThisBlogThis!Share to TwitterShare to FacebookShare to Pinterest
Labels: Westcliffe