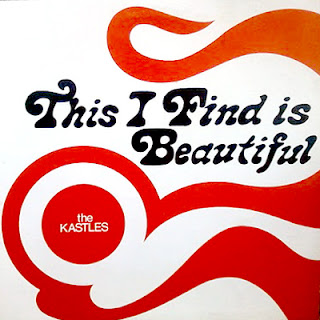 Religious records are plentiful in any thrift, but The Kastles 1978 LP This I Find is Beautiful was actually found on Ebay last month, from a seller I've purchased from before. In the spirit of Christmas he just up and gave me this glorious gift, of which I would have gladly purchased. It quickly became one of my favorite Colorado-related finds of 2012.

Headed up by patriarch Jack Kastle, and his wife Jill, the group is rounded out by sons, 16-year old Kris, and 11-year old Greg. 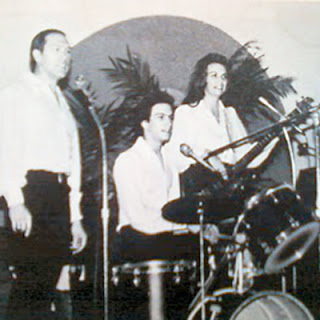 "I was born and raised in Colorado, and started singing professionally there," Jack Kastle told me. "I started out singing in a mortuary group, which sang at funerals.  We were called the Olinger Quartet. 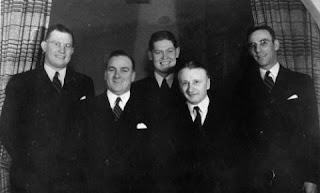 Colorado music historian George Krieger says Kastle was also a fixture on Denver radio for a brief time, with his composition, "Colorado My Home," which disc jockey Hal "Baby" Moore would play, along with "Denver," by the New Christy Minstrels, every Friday on KHOW.  "Moore would always yell out how lucky we all were to live in Colorado," Krieger said.

Stops in Europe, Las Vegas (performing in the Lido Show at the Stardust Hotel), and Hollywood eventually brought Kastle and his family back home to Colorado, where he took a job at the Mile Hi Church, in the Denver suburb of Lakewood.  It was there the Kastles performed on the popular New Design for Living TV show, which aired for 16 years in Denver.

Later Kastle, who was vocally diverse, penned the country-tinged "Colorado," which aired on one local country station.

"They played it every week, but unfortunately, I don't remember the radio station, or the disc jockey who aired it."

This I Find is Beautiful was recorded at Dave Ackerman's Gold Leaf Music Studios, in Westminster.

So why am I so enamored with the LP? For starters, the songs are not those found on your typical religious-themed recordings. There is a certain vibe that sets it apart from the usual somber LPs of its genre.  Maybe it's the cover of John Denver's "Love is Everywhere," or the family's take on the Les Crane spoken word hit "The Desiderata."


Listen to sample of "The Desiderata."

I heap most of the adoration for this album on its stand-out cut from 16-year old Kris Kastle, "Life is What You Make It."


Listen to sample of "Life is What You Make It"

"I think the Kastle family vision with this album was simply to serve God the father, by spreading the message that we can love each other," said Kris Kastle. "The title of the album is a testament to God the spirit, and the creative spirit of God, Buddha, Muhammad, and all forms of the creator.  That spirit is so important, and life is literally what you make it.  You can make it a living heaven...or a living hell."

Kris Kastle left his singing career behind when he discovered arboriculture, after he graduated in 1980, from Alameda High School.

"It's one of the oldest responsibilities God gave man - to tend the garden, so I was drawn by that profession, to tend the planet.  The best thing I can do is help the planet."

The Kastles went on to record 14 albums, before disbanding when Jack and Jill moved to Texas. "Life is What you Make It" has received airplay on New York's WMFU, and Jack Kastle said that a German blogger recently tracked him down, and featured the LP on his site.

"I think it's wonderful that it is being heard, and it should have been heard 30 years ago," Kris Kastle said. "But I don’t care about the time, as long as it’s helping someone in the here and now.

Jack Kastle is semi-retired from performing, but keeps a web site.
Posted by Lisa Wheeler at 4:20 PM