Earlier this year I acquired a 78 by Gene Lewis and the Dude Rancher's (apostrophe in band name is noted).  "Mother Goose Boogie," issued on Barne's Recordings (apostrophe in label name noted) out of Colorado Springs, is a great hillbilly bopper. Give it a listen. 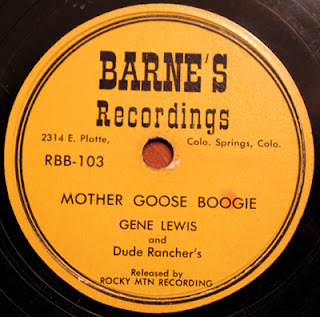 No telling, but wow, wouldn't that be something to uncover an unknown hillbilly rocker from Gene Lewis--one that has ties to Colorado?

If you know of something that can help solve the mystery, let me know. 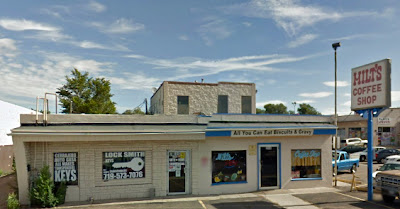