The Search for John Thomas Dalie

John (Jack) Thomas Dalie was an experienced hiker who set out, one August morning in 1954, to hike the 14,259 ft. Longs Peak.  He wasn't alone, as 32 other members of the Colorado Mountain Club went along to hike along the cable route of the mountain -- but he would be the only one who got lost.

Hail and snow plummeted the route, but he managed to get to the top, only to find nobody else in his party. A gust of wind then blew his knapsack (and all of his provisions) down the mountain, and he soon realized he was in trouble.

It wasn't until the rest of his hiking party made it to the bottom that they realized Dalie wasn't with them. Three SA-16 planes circled the mountain, attempting to locate the 25-year-old, first year Denver University law student.  After four days they began looking for circling birds of prey.  All hope appeared lost.

Then, after six days, Dalie walked into the Meeker Peak campground... 60 pounds lighter, but alive. 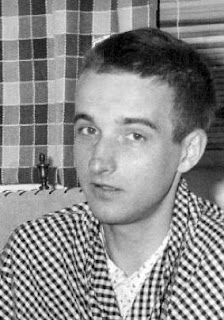 On August 30, 1954, KOA radio's Norman Nesbit interviewed Dalie about his six days and nights on Longs Peak.  What you have here is an almost 60 year old rare recording of that interview. A very cool addition to my collection, courtesy of my dear friend Joel Scherzer. 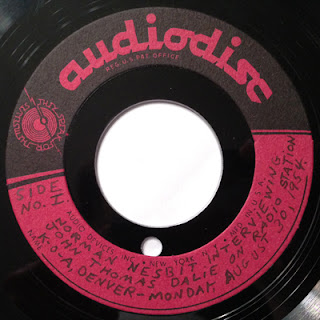