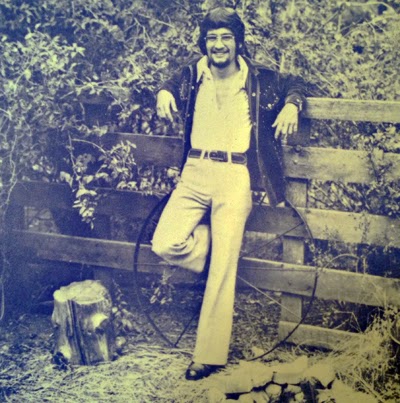 After graduating from Pueblo East High in 1969, he was offered a full ride music scholarship to Adams State College, Alamosa, where he became a concertmaster for the school’s orchestra his freshman year.

Then he lost it all.

“I became involved with drugs and alcohol and at the end of the spring semester I lost my scholarship and dropped out.”

After floundering back home in Pueblo, unsure of his next move, Vigil got in his car and went to Denver to stay with a cousin. “He took me to a nightclub on the eastside of town, to see band a called Offspring [which featured Marc Gonzales, and another cousin, Charlie Vigil, formerly of Genesis]. As we walked in the door I heard the band playing "With A Little Help from My Friends" and I was hooked. I knew I wanted to be a performer.”

He was asked to join the group—as the band’s bus driver.

“After a while I moved back to Pueblo. I then got a call from my cousin Charlie. He wanted me to join a band.” The band was Kismet, which had a regular gig at the Foothills Ramada Inn, as well as Taylor’s Supper Club, in Denver."

It was around this time Vigil started writing songs. While admittedly he said he was naïve about the process, it allowed him to get his feelings on paper. In 1975, after finishing several heartfelt compositions, he decided to take them into the recording studio. 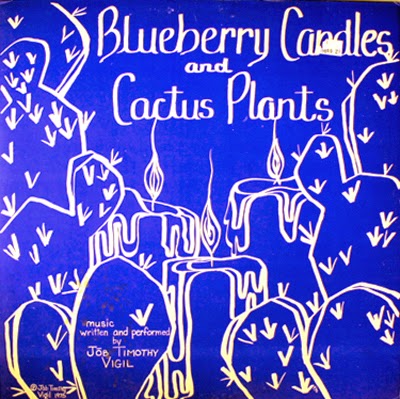 Side One:
Blueberry Candles and Cactus Plants
Gail's Song
I'm Coming Home to You
No Promises

Side Two:
Workin' My Man's Hands
Come Stay With Me
My Best Friend
A Little Piece of Love

Feeling positive about the finished product, and with the encouragement of family and friends, he had an estimated 200 copies of Blueberry Candles and Cactus Plants pressed. While the record received no local airplay, and would go on to sell only a handful, the experience only fueled his desire to get his music heard by a larger audience.


Listen to a sample of "A Little Piece of Love"


Listen to a sample of "No Promises"

“A friend connected me with a songwriter friend of his who was living in Hollywood. He agreed to share his one-room apartment with me. Both of us went out every day knocking on doors to try to get our music out in front of anyone who would listen. Mostly, they wouldn't even let us get in the door.”

After countless rejections, Vigil found a willing and encouraging ear. “After she listened to bits and pieces of a few of those songs, she said, ‘Do you have anything else?’ I pulled out a couple of songs and one of them caught her attention. She liked it, but said it needed more work. She told me to work on it and come back when I felt I had it improved enough.”

But the money started to run out.

“A moment that is forever etched in my memory was the turning point for me. While going from door-to-door, trying to sell my music, I would bump into the many street people in downtown Hollywood. There was the bag lady, the guy with the shopping cart full of his life, and at night there were the drug addicts and so on. My roommate had connected with the owner of a restaurant just a block off the corner of Hollywood and Vine. He would sometimes let us wash dishes in exchange for a meal.”

After witnessing the hardship of life in Hollywood, he dug out the open-ended return air ticket he had kept, and flew home.

Not deterred by the experience, he continued to perform, eventually re-connecting with Marc Gonzales, in the band Cheeks. The two kept the band going for about three years. Vigil and his wife, Gail, then packed up and moved to Dallas where he found work in area nightclubs. With the steady paycheck, and additional work as a nightclub manager, it appeared he finally found some stability in his life.

"My following at the North Park Inn grew quickly and I added a happy hour gig at another bar. One night a regular customer told me he really liked my original music and thought I should record. I said I would love to, but didn't have the funds to do so. He was pretty wealthy and said he would invest the money for a single and then we would see what would come of it. By then I was also the manager of the North Park Inn nightclub, as well as the other gigs. I decided on the two songs and flew Marc Gonzales down to play bass and used a drummer from my trio from the bar. Another group of musicians had become friends of mine and I loved their vocals, so they agreed to sing backup for me on the recording. We did the session all in one day and I had about 250 records were pressed." "I either sold all of them or gave them away. I didn't get any airplay that I know of, but it was a great experience. The recording studio was an amazing place, the name of it slips my mind, but all in all I liked the final product. These two songs were a little better than the songs on my first album, but still not strong enough to boost my career.
Vigil also found work acting in TV commercials and local training films.  "I did very well in Dallas, he said.”

But that was about to end.  “My wife and I were on the verge of a divorce. So we moved back to Denver. I joined a band, but my heart was not in it. My marriage was falling apart because of all of the time I spent on the road.”

As if fate would have it, his cousin Charlie contacted him. “He had become a Christian and was playing in a church band. My wife and I went to see him one night, and we liked it so much we kept going.” Vigil was so moved by the experience he knew he found his calling – as a Christian musician.

“I eventually traveled the country with my family, performing Christian music. During our final road trip, in 1992, I was hired as a worship pastor at a church in North Platte.”

Finally feeling like he had found his true calling. He started his own church, and became its pastor. The bubble burst when the board of the church he founded discharged him. “My wife and I did not want to leave North Platte for our children's sake. We had just opened a coffee house at that time and since it wasn't making enough money to support us, the publisher of the North Platte Telegraph, where I had done some stringer work, offered me a full-time sportswriter position. I became the sports editor and then was promoted to managing editor.”

Married 36 years in May, he and his wife also run two coffee shops in town (Da Buzz). He continues to perform music in a three-piece band, Job, Peter and Chuck.

“We play 60s and 70s music and have been selected as the area's favorite band for 6 years running.”
Posted by Lisa Wheeler at 2:35 PM