Richard Baca knew how to woo the girls at Pueblo’s County High School. “I carried my guitar around and used to sing to them.”

Ever the performer, it wasn’t until 1973 that he joined the local band, The Tributes – but three years later he realized being in an organized group was not all that it was cracked up to be.

“There was too much traveling, and we just couldn’t get a good sound.”

So he decided to go out on his own and form his own group, appropriately called The Rebels.

“We were playing, at the time, at a club known as The Del Rio Night Club, located in the Blende area just a few miles east, on the old Highway 50, from downtown Pueblo,” he said. “We did that for two and half years straight on Saturdays. We also played at the Latin Village, Pueblo Lounge, Dave and Rena's, El Patio Lounge, Tia Marias, Shirley's Lounge, and La Favorita. We also played every hall in Pueblo at that time for weddings or private parties.”

One of the regular audience members at The Rebels gigs was Tom Vasquez, the owner of Tom’s Trash Barrel, a waste management company in Pueblo. Tom thought the band had star potential and offered to finance a recording session at Steel City Sound Recording in the Bessemer area of town.

To commemorate recording their first record, the band stayed out late the night before the studio session and celebrated – heavily.

“Eddie Aragon and myself were the only ones to show up for the recording,” he said. “Eddie and I did our parts in about ten minutes and Steve and Juan dubbed their parts in at a later time, individually.” 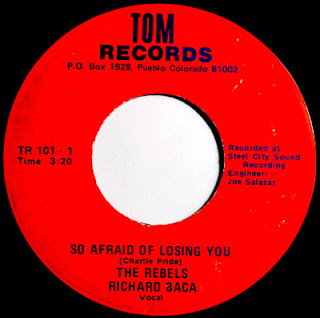 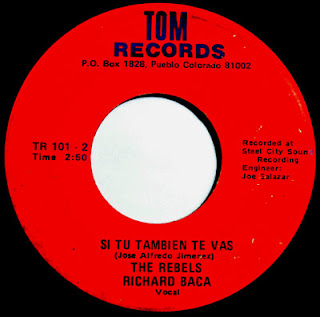 A total of 500 records were pressed, on the Tom label (named after the band's financial backer), and given away to family and friends.

Tom Vasquez saw big things for Richard Baca, so he invited friends with music connections out on the West Coast to Pueblo to give the band a listen.

“Those people agreed with Tom that we had something special and then they contacted someone in Los Angeles. The record producer from an independent record company came to see us on the recommendation of the friend of Tom’s. So, this guy caught our live show, and later approached me about going back to Los Angeles.”

“I told him I already had a band and that I was not interested. I told him that I could always pursue that career when my children were grown. He advised me that I would never get that opportunity again, and that I would lose my looks and the energy that I had and maybe even my voice. I didn't change my mind and I never regretted it as both of my children turned out to be great people and I was there to see it.”

Richard Baca disbanded The Rebels, and stayed on at CF&I, retiring in June. He went on to form Sierra Gold – and true to his word, now that his children are grown, he’s touring with the band.

“We play all over – Kansas, Nebraska and all over Colorado.” 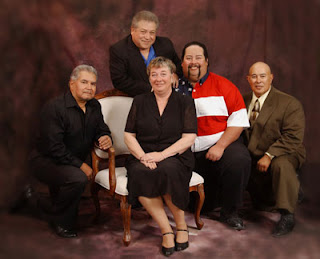