In 1968, Arthur Chester Balch, his wife Dorothy, and their young family packed up their belongings and left their longtime home in West Texas for Pueblo. 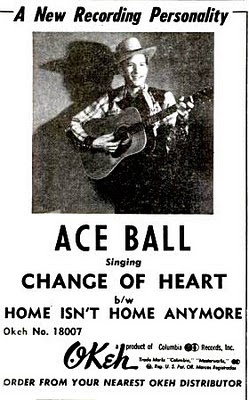 The move had to have been difficult. Balch was a big fish in a little pond in West Texas. Known professionally as Ace Ball, he was a popular disc jockey (in Levelland, Lubbock, and Big Spring) and country music performer. For almost two decades previous he was a member of Hank Harral's Palomino Cowhands, recorded for the Dallas-based Star Talent label, a solo artist on the Okeh and Caprock labels, and shared the stage with Elvis Presley and Waylon Jennings. 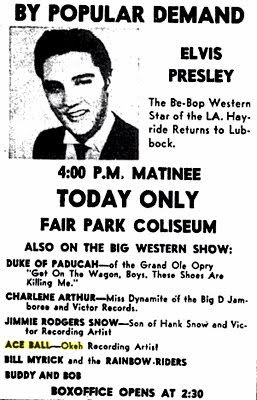 His elderly parents had previously moved to nearby Cañon City, and family obligations forced him to trade the West Texas arid plains for the Steel City. He took a job with local country radio station KPUB. 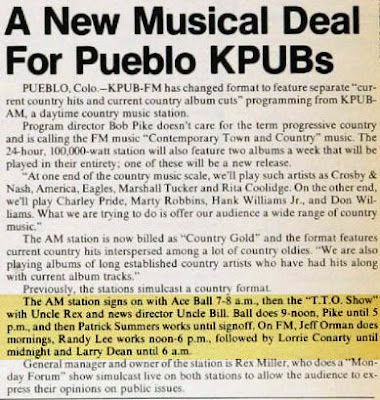 Billboard - October 30, 1976
While in Colorado he picked up where he left off and went back into the recording studio, producing songs on his own Ace-Hi and later Pedestal record labels. After almost 20 years at KPUB he moved across town to KIDN, where he hosted a weekly Saturday night show. 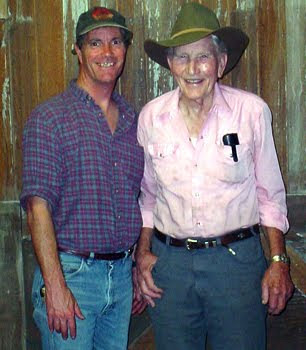 Peter Burg and Ace Ball (2003)
(photo courtesy of Peter Burg)
In 2004, after performing at a local senior center, he fell down a flight of stairs and sustained a fatal head injury. He was 84. 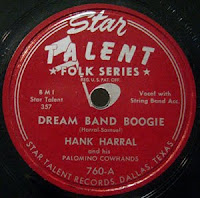 Hank Harral and his Palomino Cowhands

Star Talent (1948-1950) 760 - Dream Band Boogie / Dilly Dally Doodle (NOTE: Please visit the excellent Lone Star Stomp blog. There you will find the story behind this recording). 764 - When They Raised The UN Flag In South Korea / You've Got A Sweetheart (I've Got Just A Friend) 773 - Red Barn Boogie / Dear 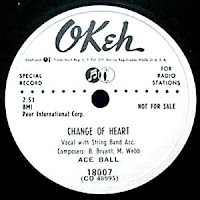 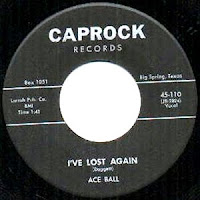 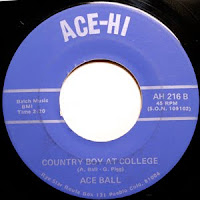 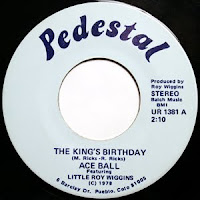 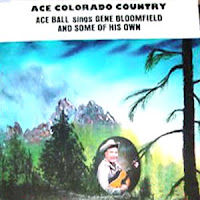