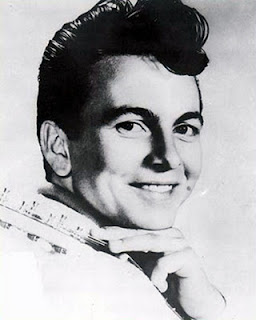 For the past two years, since I started this blog, I’ve had numerous people write to me suggesting I talk to Chan Romero, the former teen sensation who, in 1959, scored a huge hit with “Hippy Hippy Shake” (later covered by the Swinging Blue Jeans and The Beatles, among many others).

“You might not know this, but he’s from Pueblo,” the e-mails would always say. However in all of the biographies I could find on him, there was absolutely nothing that indicated he spent any time in the Steel City.

Through a series of events, that spanned several months, I was able to track down Chan, to set the record straight.

“My parents met in Trinidad, and later married in Pueblo,” he said.

Lloyd Romero, and his wife Rachel, both migrated to Montana to find work as farm workers. There they stayed and raised ten children.

A student at Central Catholic High School, in Billings, he was a member of the teen band The Bell Tones. 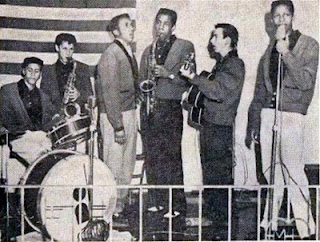 “I taught myself to play the guitar, and one day in my bedroom, I wrote this catchy little number called “Hippy Hippy Shake.”

The song became an instant local hit, as the Bell Tones would perform it at school dances in the area. In December 1958 local disc jockey Don Redfield singled out Romero as a star, and helped the teen make a demo of the song to send to Bob Keene, who was busy promoting another teen sensation, Ritchie Valens.

Two months after he sent the demo, Valens was killed along with Buddy Holly and The Big Bopper.

That summer, Keene released the 17-year old singer’s “Hippy Hippy Shake,” which shot up to No. 1 in Europe and Australia. 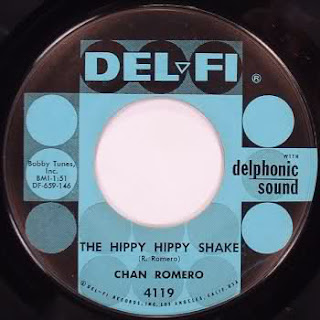 After a world wind tour to promote the record (he opened for Jerry Lee Lewis), Romero returned home to Billings, where he graduated high school, and formed a band, The Challengers.

“I was too young to play clubs, so my friends told me about the 3.2 clubs in Colorado,” he said. “I had relatives in Denver, and that’s where I met the Cordova brothers, Billy and Frank.”

The Challengers also included Andy Baca on saxophone, and Ray Madrano, a guitar player out of Dalhart, Tex.

“We heard about all of these 3.2 clubs in Pueblo, and since the Cordovas had relatives in nearby Trinidad, we decided to head south.”

The Challengers were regulars at The Honey Bucket, and the Hi-Fi Club, where they caught the eye of local Pueblo promoter Tony Spicola.

“I guess this was around 1960, or so, and Tony became our manager,” he said. “We had a good time in Pueblo. We would play in these battle of the band contests, and I have lots of great memories about those.”

While the band would always play Chan’s hit song, the group started to branch out and perform more soul numbers. “We thought "Hippy Hippy Shake” was pretty bubble gum, so we really wanted to diversify the set list, and started doing more James Brown and Ray Charles stuff.”

The Challengers packed in the audiences, but they yearned to play to more than just the local college crowd.

“We turned 21 and Tony thought we should head to California,” he said.

“I wouldn't say I'm from Pueblo, but guess I was actually in Pueblo for about a year, or two, total.”

Working with a booking agency out of Hollywood, the band signed on for a six month engagement at the 49 Club in El Monte, where they opened for acts including Ike and Tina Turner, and the Righteous Brothers.

“We also discovered that there was another band in town called The Challengers, so we had to change our name,” he said.

They renamed themselves The Limits.

The band broke up when the reformed Crickets asked Romero to tour with them. “Glen Hardin’s wife was having a baby, and they asked me to take his place for the tour – so I left the band.”

Romero would later return to California where he recorded on Gene Autry’s Challenge label, “The Funniest Things” and the flip side “It’s Not Fair” (Challenge 59285 – 1965). “I think shortly after we recorded that, the label folded,” he laughed.

In 1962 while home in Billings, he decided to start his own record label, Warrior.

"My first artist on the label was my paperboy," he said. There was this Greek kid named Kostas who used to bug me to teach him to play the guitar, so I did. We went into the studio and recorded "Something We Call Love" and the flip side was "Jane." I think we made about 500 of them - they got a lot of airplay, in Billings.

(Kostas would later go on to write songs for Patty Loveless, Dwight Yoakum, Travis Tritt, The Dixie Chicks, and many other country acts).

“I had started a publishing company called Warrior Tunes, so I just liked the name, and just called the label that,” he said. “The horse logo on the label was done by a really good friend of mine out of Billings, Bill Stands.”

After he had the label up and running he received a call from his old friend Tony Spicola, who was looking for a label for his latest find, the Pueblo Colorado rock band, The Trolls (note: Trolls story in an upcoming issue). 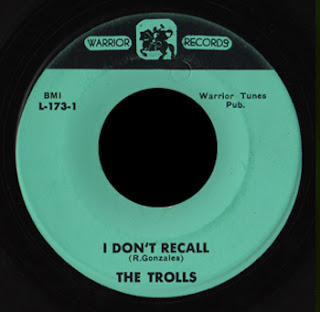 (Romero’s Montana-based label is often confused with other labels of the same name. For more on other Warrior labels, see the outstanding Garage Hangover site.)

Romero would also have his hand in another of Tony Spicola’s Pueblo finds, Patti Jo Martinez, who had just left The Teardrops.

“I wrote her song “I’ll Sleep Tonight,” and I was there at the Ruff Studios in Amarillo when they recorded it for her,” he said. 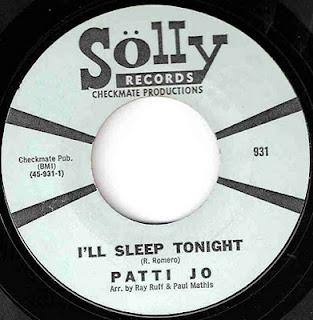 Romero would continue his relationship with Spicola, when the two teamed up during his Phillips label recording sessions.

“We recorded five or six tunes. Tony was with me for those," he said. "But the one that was released was “Humpy Bumpy” (and the flip “Man Can’t Dog a Woman" – Phillips 40391/1966). “We had Leon Russell doing the keyboard overdubs on that one.”

Romero decided to give up the secular music business in 1968. He restarted the Warrior label in 1971, releasing Christian music.

“I haven’t been back to Pueblo in ages,” he admitted. “I was in Trinidad a couple of years ago, doing music with Frankie. I hope to get back there soon.”