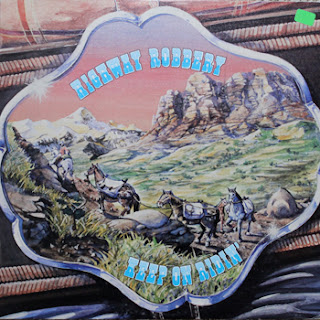 Rob Stokes found his way to Durango, via Louisville Kentucky, after he joined up with several friends who moved to town to be ski bums.

"I moved out there with that wave and was working one day a week at the ski area. I was playing guitar in some bands in Kentucky (the rock band Live Bait), and I wanted to see if I could play here. I thought I could make money doing music."

"They were having an open mic night at this bar in town, and that's where I met up with R.B."Stoney" Stone. He was playing there, we hit it off, and thought we could get a band together. So we hired a bass player and then we were a trio. Then we hired a drummer and it took off."

It was Rob Stokes who came up with the name of the band. "We were sitting around thinking about what we going to call ourselves, and I thought of it--because it had “Rob” in it. And it stuck."

Stone took charge as the band's leader, booking gigs, and writing songs for the group, which would include Jeff Boyden on drums, Jimmy Candelaria on rhythm guitar, and Andy Janowsky on bass. After several months of playing around town (mainly at the local Sundance Saloon), the group decided to record an album.

"We went up to Paragon Sound in Fort Collins, mainly because it was inexpensive."

They titled the LP Keep on Ridin' (Wild Stallion Records 12237 - 1984).  The cover art was taken from a painting by Durango artist Jeff Ellingson.


"Listen to a sample of Keep on Ridin'"

Highway Robbery, a group of talented men who have chosen music as their life, their beginning.  These men have done so with the need to give you happiness, a smile, that distant tear, and a longing in your heart to hear more..."

"It had some local airplay and somebody took my song (the instrumental "Joseph M. Jones"), and used it for a radio advertisement for a Farmington muffler shop. We had a little fan club, and we'd sell the album at gigs."

Highway Robbery would go on to open for Charlie Daniels, when he came though town, but they never achieved fame outside southwestern Colorado. Soon tensions arose between band members.

"It was a little bit intense because I owned the P.A., and I got a little extra money for that. That always seemed to upset some members of the group, and one of the guys got so pissed off that he took a swing at me, and that was it. I quit."

The band would only be together two years.

According to Stokes, Stone still performs around town.  Andy Janowsky went on to be a policeman, and plays bass in the band High Rollers, while Jeff Boyden works with his family in Montrose.  He said Jimmy Candalaria passed away.

Stokes would find success as a sound engineer, working for Sam Bush and Jerry Douglas, in Nashville.

"Being in Highway Robbery--that was just one chapter of my musical life."
Posted by Lisa Wheeler at 2:18 PM