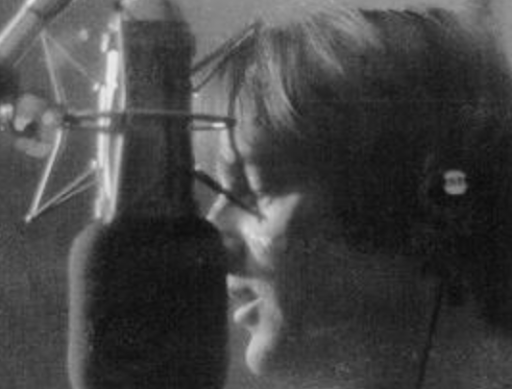 If it had not been for an insistent girlfriend, Craig Donaldson’s music career may have never happened.

“I was going to Arvada West High School and was a three-sport letterman. Music came naturally to me, but I was a jock and kinda resisted the music path in school,” he said. “My girlfriend heard that CSU was in the school holding tryouts for music scholarships. As we were walking down the hall she literally pushed me down the stairs, where the auditions were being held, and told me to go audition.”

After performing in front of the panel, he left thinking that he’d rather pay for college via a sports scholarship. Then a few months later, he received the news – he was awarded a music scholarship at Colorado State University.

In 1969, fresh out of Arvada West High, Donaldson headed to Fort Collins, But after three years, he left collegiate life behind to take a chance on a full-time music career.

“I had started writing music in college, and ended up getting hired at the Black Knight In,  in Fort Collins.  In 1972, I left CSU.”

It was at the Black Knight, on South College Avenue, where he shared the stage on alternating nights with two other solo performers – Richard Curran and Tim Schumacher.

“Rich was also the bartender there, and he was a fairly seasoned performer. He had done USO tours with The Dean Davis Company [he appears on the 1970 group’s LP Stone County Road].

Soon, Craig and Rich started performing together as Rosewood. The two came up with the name based on  the wood used on the backs of their Martin guitars. 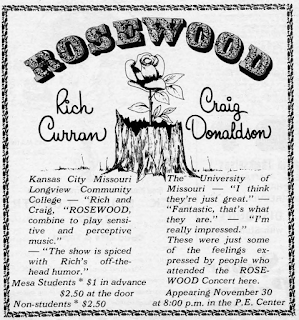 “Rich was a natural promoter. We didn’t have a booking agent - it was all him. He’d make press kits and phone calls, and we started hitting the college and hotel circuit. Our first gig as Rosewood was at the student union at CSU. We got rave reviews. We were getting a lot of attention.” 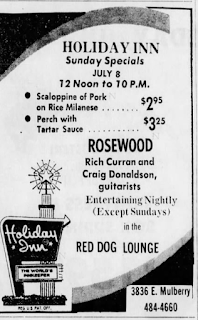 The band’s blend of mellow folk and soft rock appealed to the Colorado live music crowds of the 1970s, and the duo started getting noticed outside their home state.

“We had a van and we headed out, playing a lot in the Midwest." 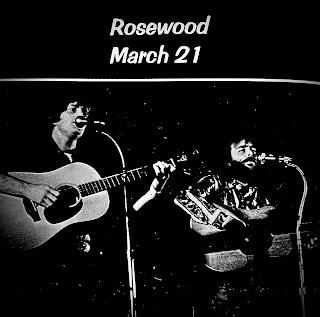 Before too long, audiences were asking if the duo had cut any records.

“Rich and I bought a four-track Teac tape deck and did our recording at a warehouse in Fort Collins. Com Pro Studios is what we called it. I think it was a fertilizer plant. The project was a total experiment. Not a moment of great pride, at least for me, but we had our record.” 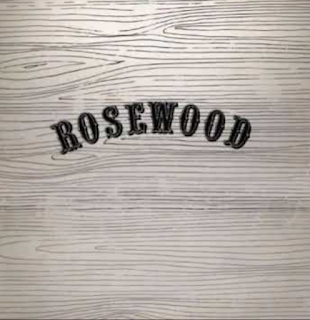 The LP cover featured the name of the group on a hand drawn wood grain, created by Richard’s father-in-law. With the pressing of a few hundred LPs, Rosewood headed back on the road…with one other addition in their van.

"We would stock up on cases of Coors beer in Golden before we headed back out on the road, because you couldn’t get Coors east of the Mississippi, and it was wildly popular with college kids. We typically made enough money from the gig itself to cover our expenses, but by selling beer and records, we made a pretty good profit.”

Rosewood expanded its gig locations all the way to Nashville, where they met with record and publishing companies keen on signing the duo - with a catch.

“They wanted us to sign our copyrights away which isn’t an unusual request, but when you do that, you typically end up with nothing.”

While in Music City, Donaldson and Curran happened to catch a singer in a local bar.

“This singer was doing a cover of ‘Pretty Woman,’ and during his break, he sat down at our table.We told him we were enjoying his performance and what a great job he did on that song. The guy said ‘Well thanks, I wrote it.’ It was Bill Dees.”

The Roy Orbison hit co-composer invited them to tag along with him when he met with executives at Atlantic Records. The label was impressed with the Colorado twosome, and suggested they connect with a music industry man back in Colorado.

“They told us that there was a guy in Denver looking for talent – Ralph Harrison.” 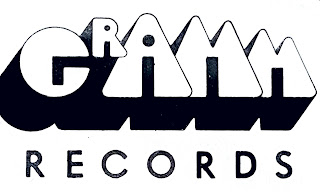 Ralph Harrison founded the Great American Music Machine (GrAMM) label, and had even released his own album, the 1972 Free Spirit Movin’. He had expanded his label to include “sound marketing” records - vinyl recordings of full-length jingles - for companies to use as promotional tools. The first meeting with Harrison didn’t result in much activity for Craig or Rosewood, but it was an opportunity to introduce Harrison to another friend, Tim Schumacher (the third performer from the Black Knight Inn).

Meanwhile, Donaldson’s collaboration with Curran was starting to phase out.

“Our last tour was through Kansas,” he said. “We picked up a last-minute gig at Ft. Riley Army base. We were staying at this hotel nearby, and one of the women that cleaned rooms there was, apparently, also a prostitute. We heard that her pimp was looking for us, because, I guess, he thought we used her services and didn’t pay – which we never did. But it caused all kinds of problems, including with our wives. It just got me thinking about whether I was cut out for life on the road.”

By the time they got back to Fort Collins, Curran had all-but stopped booking the group.

“Rich started going out by himself and selling radio and TV commercials. He would write and produce a commercial jingle for a client, and I wasn’t involved. The timing worked out pretty well for me. Tim Schumacher ended up being the first hire at GrAMM,” said Donaldson. "He then started to hire his buddies, and I was brought on as a studio vocalist and writer/producer.”

"With Rich doing his own commercials, and with me at GrAMM, it was kind of an easy, peaceful way to end Rosewood.”

Later, Craig heard that Rich re-started Rosewood with another member, and re-released their album, using a different cover. “People were telling me I should take legal action, but that never seemed right to me. Maybe because I was under an exclusive recording artist contract with GrAMM and they were being protective, GrAMM sent him a cease and desist letter, but nothing ever came of any of it – which was fine with me." 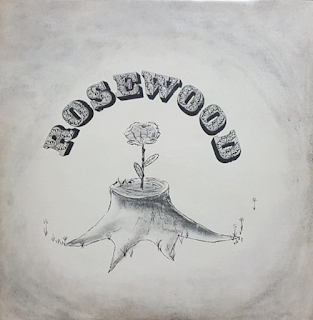 Donaldson says he hasn’t talked to Curran since they went their separate ways, but "wishes him well" 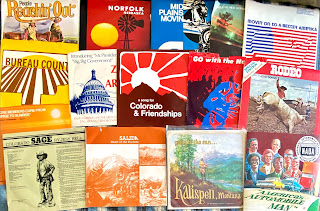 While the full-length songs were meant only as a promotional item for clients, one record would cross over onto radio – “I Believe He’s Gonna Drive That Rig to Glory,” written by Tim Schumacher, briefly made it onto Billboard’s Top 100 Hot Country Singles chart in 1976. It spent two weeks on the charts.

“Ralph wanted me to sing the lead on that record,” Donaldson said, “But I suppose it could have just as easily been someone else on the team. It was originally meant to be a promotional item, to encourage people to buy semi tractor-trailer rigs, but when the record sold out, GrAMM signed a distribution deal with IRDA [International Record Distributing Association], hired a radio promoter, and it took off.” 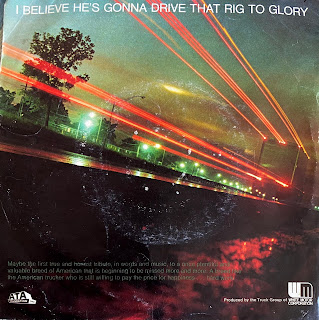 As if having a Top 100 record wasn’t surreal enough, Donaldson found himself singing another “sound marketing” song on one of the most famous stages in the world – the Grand Ole Opry. “We did a record for the Tennessee Highway Patrol, "Guardian of the Road," and the Ralph Emery Show heard it and flew me out to Nashville to sing it live on his show. In the early days of that show, they taped at 6:00 in the morning, from the stage of the Grand Ole Opry. So there I am, singing while still waking up, with nobody in the audience!” 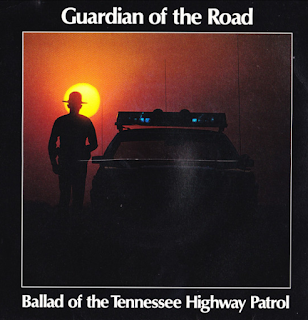 Tim Schumacher would eventually leave GrAMM, while Craig continued on there for a few more years.  After Craig left GrAMM, he became a first-call studio singer for other production companies, worked as a free-lance engineer/producer, and was often hired by solo artists looking to put together a band for a run of local gigs.

“One of those artists was Dan McCorison [Dusty Drapes and the Dusters]. He had also asked Firefall’s bassist, Mark Andes, and drummer, Michael Clark, to be in the band. Mark and I became fast friends, and he and I ended up doing quite a bit of recording together.”

Andes had been involved in cutting Donaldson’s 1980 album You’ll Never Get Away with It. With the support of Andes, Donaldson headed to the West Coast in an effort to get a national recording contract – and it almost happened, had it not been for Phil Collins.

“Mark introduced me to several people in L.A. at the Capitol and Atlantic labels, and at the management firm Alive Enterprises,” he said. "Blondie’s manager at Alive [Denny Vosberg] heard my material and was blown away. He wanted to manage me, and he facilitated the dialogue with Atlantic [Firefall’s label at the time], but Phil Collins’ first solo LP [Face Value] had just been released, and for the first few months of that release, sales were not good. In a panic, Atlantic put a moratorium on all new artist signings."

Of course, sales of the Collins LP eventually picked up and became a multi-platinum seller [with the release of the single "In the Air Tonight"], but by that time Donaldson was coming to a realization.

He enrolled at CU to finish his undergrad studies, got a job with AT&T, and went on to received his law degree from the University of Denver College of Law - but he still kept the door open for a music career. 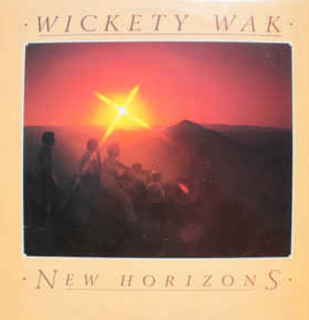 In 1983, his song “Moonlight Marvel,” co-written with Schumacher, and other songs on his You’ll Never Get Away With It album, were recorded by the successful Australian group Wickety Wak, and were featured on the group’s New Horizons LP, which gave Donaldson his first gold record.

In 2018, he released his fifth album, Never Say Never. Two songs from that album, “Never Say Never” and “Takin’ The Long Way,” were placed on the Grammy ballot for nomination consideration.

After a successful 30 year career in 911 telecommunications law, Donaldson retired to Salida, Colorado.  He still records his music, and that of other performers, in his home studio.

“I was blessed with legal and music skills, and for that I’m grateful. Life is good. I turn 70 next month but don’t feel like an old man. Music is still fun. I still dabble in the law now and then."

"I’m even having fun with baseball, again.”

Donaldson is putting the final touches on an indoor batting cage.