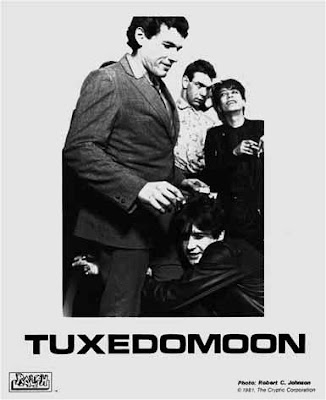 In 2016, I authored a story in The PULP on Blaine, which also includes additional information.

Author's note: Some 30 years ago, when I was a student disc jockey at KTSC at (then) USC, I discovered a record on the studio shelves by the group Tuxedomoon. I had what passed as an alternative ("new wave") music show back then, so I threw the disc on the turntable. "No Tears" blew me away. A quick scan of the station's limited music library revealed another from the band, "Joe Boy...The Electronic Ghost." I segued the two, and became an instant fan. 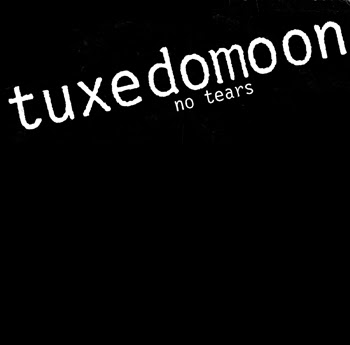 Last year I was contacted by a reader of this blog, who told me that I should contact Blaine Reininger, the talented multi-instrumentalist, and one of the founders of Tuxedomoon.

Little did I know, he was from Pueblo.

Ain't it a small world.

Where did you go to school in Pueblo?

I went to Fountain Elementary, Risley Junior High, Centennial High for a while, East High, and then SCSC.

When did you graduate? 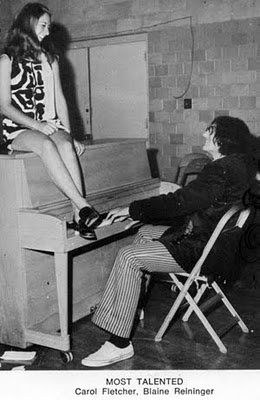 I started music at the age of six, with a singing teacher named Miss Atkinson - I don't remember her first name. We did recitals all over the place. I particularly remember a recital for the Eastern Star (the women's auxiliary of the Freemasons) for which they gave me a piece of fruit cake with whipped cream. I date that as my first professional engagement. I guess that was 1959.

I took up violin at the age of nine, first being taught at Fountain School by the bandmaster of East High, Mr. Dixon, who didn't really play violin. He went from school to school teaching. I took up guitar after I first heard The Beatles and there was no going back. My teacher was named Mrs. Vroom. She had a studio on Orman Avenue, with her own record-cutting machine, and an amazingly slobbery little bull dog you could swing around on the end of a towel gripped in his teeth.

My violin teacher, whom my family hired primarily for his cheapness, was a guy named Bert McKinnis who lived down on East 3rd Street. He had left Pueblo in the 1920s, went to a conservatory in Kansas, and was touring the country with an all-girl vaudeville orchestra, when the depression hit. He was forced to return to Pueblo, got a job at the brickyard, was hit in the shoulder by a pallet of bricks, and didn't play violin for 20 years or something. He took up violin and teaching again in 1965, and took me and another guy on as students. He had a collection of hundreds of violins. He did his own fiddle work, ate raw garlic by the clove, taught me a new word at every lesson. He told me to "hitch your wagon to a star."

He was an enormous inspiration and the grandfather I didn't really have. I wept when he died.

Tell me about the Tycoons, your first group.

The Tycoons were formed in 1965 to play at the Fountain School talent show. I was, of course, already a fixture in this show. I was in it every year from 1959 on. In 1965 I was in it three times, the most satisfying of which was with that band.

The members of the Tycoons were me on guitar, John "Kutz" Pagnotta on drums, Roger Calloway on guitar (his brother Steve was a noise in the rock scene already), and Sammy Lucero on guitar.

Encouraged by our teacher, Jerry Rosen, we all wore matching white shirts and bow-ties. We played "Watermelon Man," and an instrumental version of "Lucille." We tried to pay some girls to scream for us, but they just took our money and didn't scream. We played a church gig or two and then disbanded. 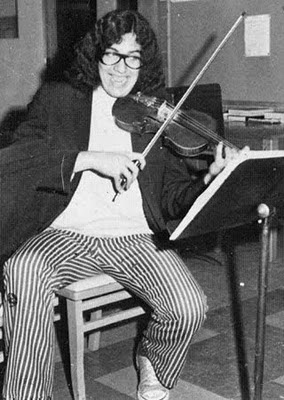 I will never forget Sammy Lucero telling me, when we were all getting ready to leave Fountain School for Risley Junior High 'If you keep playing that violin when we get to Risley, you can't be in the Tycoons no more.'

What music were you listening to? What was starting to influence you?

In junior and senior high, I started to listen to psychedelic bands, inspired by what I heard of the Beatles and the other stuff on KDZA radio. That radio station was amazing, you know. I was also inspired by the local music scene, bands playing in the street on flatbed trucks, releasing records played on KDZA and especially at the State Fair. I formed the first band after the Tycoons, the Sands of Time, which had some success in the junior high world. We were pretty psychedelic. We pooled our resources in order to buy a Univox fuzz pedal from Ready Music on Main Street for $12. It was mine, or course. At this time, the great divide in the local band scene began to appear, with many Latino bands calling themselves "soul" and our type "psych". There were often violent confrontations over this division.

The Sands of Time played around Pueblo, even at a strip club (none of was over 16-years old at the time). We disbanded when there was a palace coup and I was replaced as lead guitarist and singer and fuehrer.

I jammed with a guy named Gary Csogi out in Boone, who is now a prominent session drummer in Las Vegas for a while, but the first real professional outfit I joined was called Lime. The drummer Mike Green (later of Junk Yard Band, and briefly with The Crew). asked me to join. The other guys, Don Debay and Ed Chapman were 20-years old, so I thought I had landed with a bunch of men. I played bass with them, having decided that I was only an adequate guitarist, but a killer bassist. We toured around Colorado, booked by some agency in Denver. I really thought I was hot stuff.

After the inevitable break-up of Lime, I kept the name Lime alive with a series of bands, playing with members of The 25th Hour, in particular the brilliant and funny Gary Fowler (Kemikol).

The next band of significance was called Wheat which was an unplugged outfit. We had no drummer and we played a sort of country rock reflecting the sort of thing being done in the early 70's. We also wrote some really good original stuff, a kind of proto Tuxedomoon, if you will. Two of our members, Brian Ritchie and Donovan McNeilly are still fixtures of sorts on the Pueblo arts and music scene.

After Wheat, I played for a short time with Ron Ellis and his brother, becoming the third Ellis Brother. We played some Holiday Inn-type gigs and that was that.

My next band was called Flying Whale out of Manitou Springs. We continued to tour around Colorado, playing ski places. Then I got fed up and split for San Francisco, with the idea of forming a multi-media postmodern electronic outfit. That is what I did. Tuxedomoon was born.

So you get a music degree, and then bail for the West Coast - why did you decide to leave Colorado?

I decided to leave Colorado because I thought that the music scene was pretty much confined to playing in bars and playing covers forever and ever. I wanted to go further. I see that some interesting groups like 16 Horsepower have come out of Colorado now, but the prospects of advancement from Colorado back then were pretty dismal.

San Francisco was the first big city I had seen, apart from Denver, and I was awestruck.

Do you still keep up with folks in Colorado? Any family still there?

My brother lives in Denver. He is a drummer in the local scene, and still plays in Pueblo. His children and their children are mostly in Denver. His eldest son, Drew already displays the musical gene which blesses and curses us. The vast hordes of my mother's family are mostly in Salida.

In 1984 you, along with Mikel Rouse of Tirez Tirez, recorded Colorado Suite - a four-track, 28-minute mini-LP. I guess you know where I'm going - was this composition inspired by your time in your home state?

My song "Windy Outside" was written from the gnawing, almost pathological homesickness for the United States that I began to feel after a few years in Brussels.

I didn't manage to get back to the United States at all between 1982 and 1999. I just couldn't raise the money. When I did get back in 1999, and since, I felt as foreign as any other immigrant, in my own country.

I was able to appreciate Pueblo's otherworldly beauty in a new way, though. This was a good and healing reconciliation, since Pueblo's brujo charms, the arroyos, the desolate windswept majesty of Mineral Palace and City Parks, Lake Clara, the State Fairgrounds, the Fountain River and the Arkansas, were seen with new eyes. I experienced a kind of ecstasy to return and explore Pueblo on my bicycle.

The rest of my story is to be found on my website.
http://www.mundoblaineo.org/ 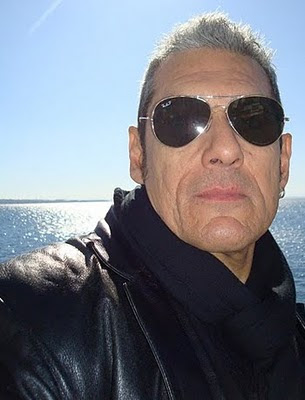 
COMING NEXT POST: Solve The Mystery - Jack Shipley and the Blue Ridge Boys
Posted by Lisa Wheeler at 1:55 PM