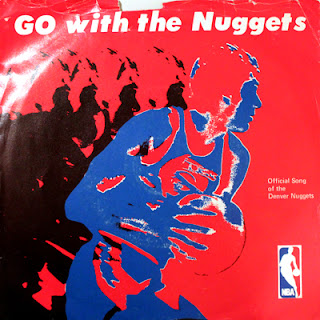 To commemorate the league change, the prolific folks at Denver's Great American Music Machine penned "Go With the Nuggets."

Billed as the official song of the team, "Go With the Nuggets" (written by Buck Ford and Chet Grabowski) featured vocals by Suzanne Nelson and Craig Donaldson. 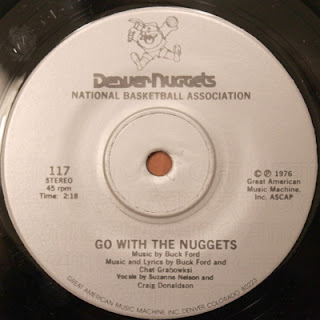 "Go With the Nuggets" would go on to be the team fight song for several years, with the Nuggets officially retiring the song in the mid 1980s.  Most recently the team has opted to go with The Verve's "Bittersweet Symphony," Brooklyn Bounce's "Melody", and T.R.E.'s "Can You Feel It."
Posted by Lisa Wheeler at 4:25 PM