Hey all!
Remember that massive collection of Pueblo and Colorado Springs music posters I added to my collection, earlier this year?

So.... I was hunting for vinyl (what else is new?), at one of my local antique malls, when I spotted a cache of Colorado Springs radio and music posters. Had to share. 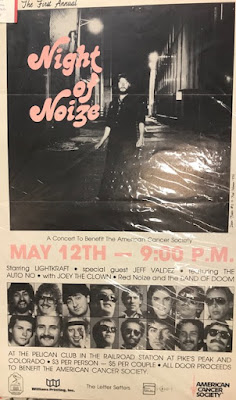 The Night of Noize, created by KILO94 jock, Red Noize, benefited the local American Cancer Society chapter, and included local groups Lightkraft, comedian Jeff Valdez. The Auto No, Joey the Clown, and Red's own band. Red Noize and the Band of Doom (band posters, below). 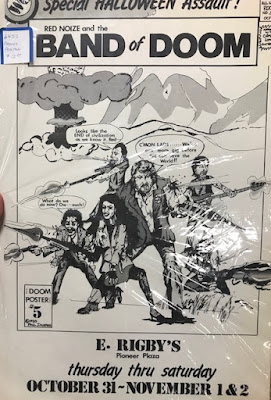 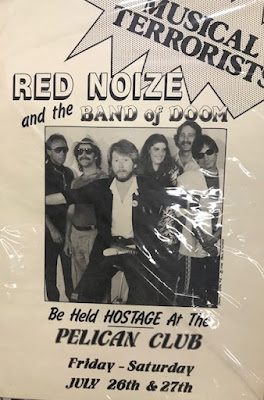 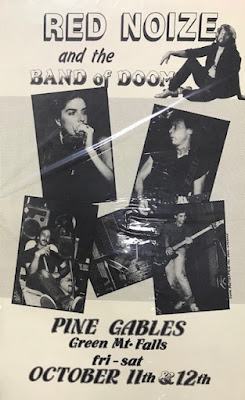 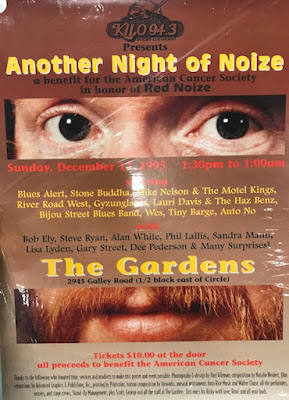 Another Night of Noize
December 17, 1995
The Gardens

Sadly, Red Noize died in 1995, after a lengthy battle with skin cancer. He was only 40 years-old. He left Colorado Springs, in 1989, for a brief stop at WLAV in Grand Rapids, MI, before moving on, in 1991, to Z93 in Atlanta. In celebration of his life, and contribution to Colorado Springs radio, KILO94 held a benefit, in his honor, for the American Cancer Society. The bands included Blues Alert, Stone Buddha, Mike Nelson & The Motel Kings, River Road, Road West, Gyzunglacus, Lauri Davis & Haz Benz, Bijou Street Band, Wes, Tiny Barge, and Auto No. 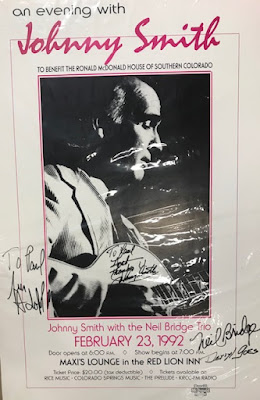 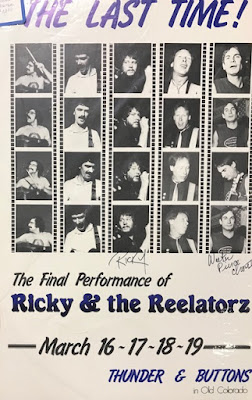 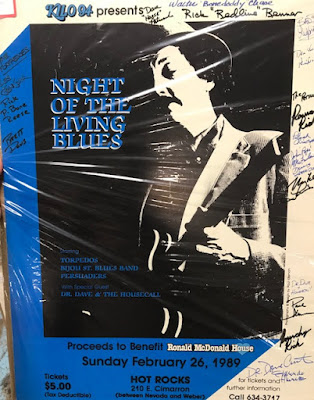