Pueblo music - in posters (PART ONE)

Hey all! Holy cats have I a post for you, today!  So, I get a call from a fellow record collector, who tells me that he has discovered a cache of music posters, many from Colorado. Of course, he knows who to call, to unload them (grin).

He did not prepare me for what I saw, and now possess. Shocked is an understatement. How these incredible rare items survived, is beyond me.

Now, on to the show and tell (in order of poster printing): 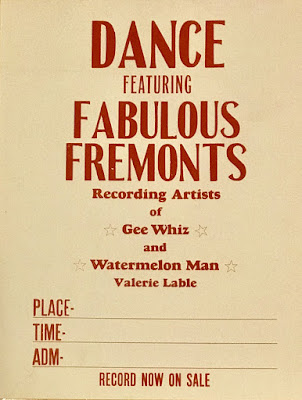 Poster for the Pueblo group, The Fabulous Fremonts (no year). "Watermelon Man" was released in 1964, so it's assumed this poster was part of that promotional effort by the Band Box subsidiary label, Valerie (note the typo of "lable"). The Fabulous Fremonts were made up of lead singer, bass and table steel guitar-player, Irene Chavez, Henry Garcia (lead guitar), saxophonist Vic Macheto, and John Rivera on drums. Vic Macheto and John Rivera would later leave the band with Rivera being replaced by John Trujillo. 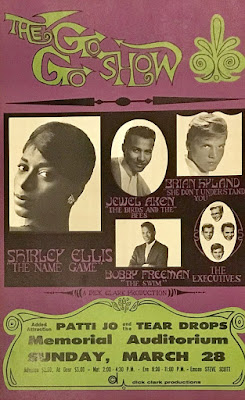 Dick Clark's The Go-Go Show (Sunday, March 28, 1965), held at Memorial Auditorium, Colorado Springs. A national act bill of Shirley Ellis, Jewel Akens (typo of "Aken"), Bobby Freeman, Brian Hyland, The Executives. Plus, Pueblo's own Patti Jo and the Teardrops. A Colorado Springs Gazette-Telegraph story, hyping the concert (published March 20), states "Special guest stars will be Patti Jo and the Teardrops, the Pueblo group which brought down the house at the last music spectacular at the Auditorium last month." 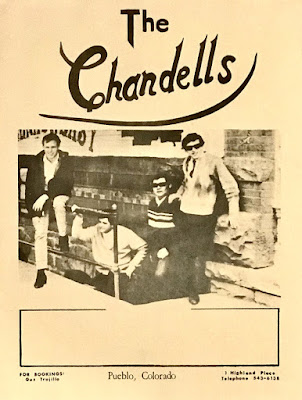 Promotional poster for The Chandells (1965) 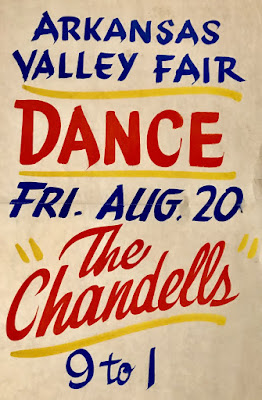 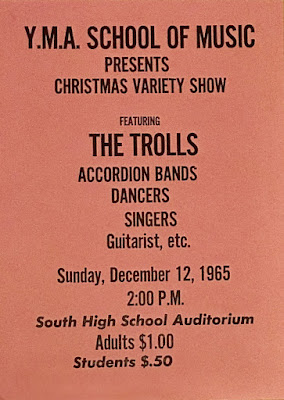 The Battle of the Bands (Saturday, March 26, 1966) , held at the Broadmoor International Center, in Colorado Springs. The competing bands are: representing Colorado Springs, the Villagers; from Denver, the Travelers; from Boulder, Vanguard V, and from Pueblo, the Teardrops. Patti Jo had left the band, that year. 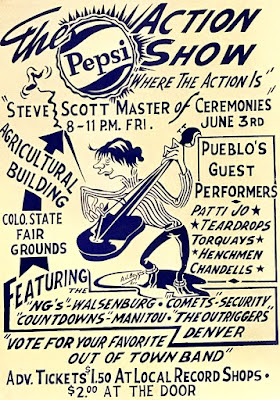 The Pepsi Action Show (Friday, June 3, 1966): Large poster  of a show held at the CO State Fairgrounds, featuring Patti Jo and the Teardrops, the Chandells, The Torquays, and the Henchmen, all from Pueblo. The bill also included area acts from Walsenburg (The NGs), Security (The Comets), from Manitou Springs (The Countdowns), and Denver (The Outriggers). Beautiful piece of memorabilia. Patti Jo left the Teardrops, in 1966. I noted the separate "star" on the list of performers, so I can only assume this show was held after she officially left the band, and went solo.

The Summer Swing-Ding (Saturday, June 11, 1966). Held at the Colorado Springs City Auditorium. Pueblo bands included The Trolls, and Patti Jo (minus the Teardrops). Plus area acts The Chasers, Seeds, Villagers, Comets, and Countdowns. Note that popular KDZA DJ Steve Scott is the emcee of the event. 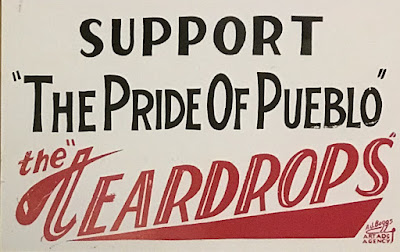 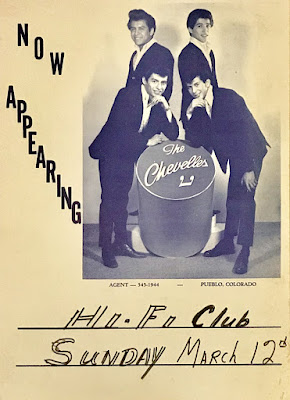 Promotional poster for the Chevelles appearing at the Pueblo Hi-Fi Club (Sunday, March 12, 1967).
Posted by Lisa Wheeler at 3:02 PM