In the year 2525 with Littleton's Goddard Middle School 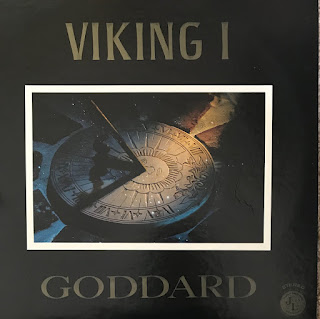 I love school choir records. Just love 'em. The kids on these recordings sing with either a serious heartfelt, or a "why bother, this is an easy credit," intent, which makes these so worth the hunt.

I was taken by the many pop covers on this disc ("Monday Monday" - Mamas and Papas, "Family of Man" - Three Dog Night, "Bless The Beasts and the Children" - Carpenters), but the one that caught my attention was the depressing, world is doomed hit, "In the Year 2525."

The Goddard Symphony Band backs up the choir. While the LP implies it is the first vinyl recording for the school, I have yet to find a sequel. The group is directed by Marv Feldman, Don Boley, and Richard Brinkley.


Now it's been ten thousand years
Man has cried a billion tears
For what, he never knew, now man's reign is through
But through eternal night, the twinkling of starlight
So very far away, maybe it's only yesterday.

Email ThisBlogThis!Share to TwitterShare to FacebookShare to Pinterest
Labels: Littleton