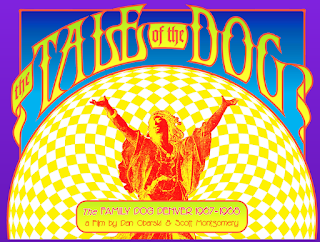 So last night I was honored to be invited to the exclusive premiere showing of Tale of the Dog - The Untold Story of Denver's Greatest Rock Club, a fantastic documentary on the history of Denver's short-lived Family Dog concert venue. 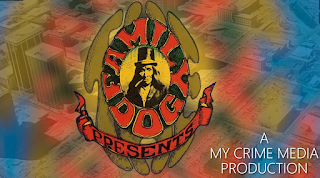 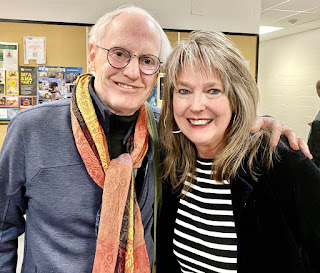 Paul Conly and the author

The Tale of the Dog is a long-overdue movie on The Family Dog, the "pioneering hippie rock club," which was only in business from Sept. 8, 1967, through July 19, 1968. The club made a huge mark on the early Denver rock scene, hosting the Grateful Dead, the Doors, Cream, Big Brother and the Holding Company, Jefferson Airplane, and Canned Heat, whose famous run-in with the Denver police department is well documented in the film. 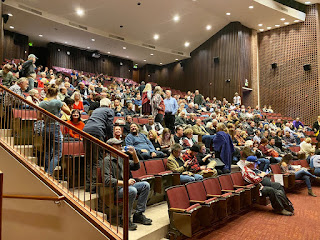 The brainchild of Dan Obarski and University of Denver art professor Scott Montgomery, The Tale of the Dog spends an equal amount of time spotlighting the visual representation of the nightclub, both with its promotional posters (created by Stanley Mouse, Alton Kelley, Rick Griffin, Michael Ferguson, George Hunter, and Robert Fried), and its multimedia light shows, by Diogenes Lantern Works.

"My training is as a medievalist," said filmmaker Scott Montgomery. "I got involved in this because I think it's significant art, and it seemed to be under acknowledged. It's not that far off from what I do, in medieval art. I still look at the iconography, the style... so I don't think I've changed my field, but I just embraced a movement of art that I think is under acknowledged, and I think is one of the more significant art movements of the second half of the 20th century."

"I didn't know anything about this place," said filmmaker Dan Obarski. "It wasn't until I was in my 30s, I saw a picture of Jim Morrison playing at DU, and about fell out of my chair. I went searching for this Family Dog thing, and found this one website, that a guy named Mike Stelk had - it was the only website with the only piece of information out there, on the Family Dog. It listed all of the concerts. Nobody knew this. It was completely unknown. Then I saw Scott at a poster show, and he was the only other guy who knew anything about it. And we both thought it was important, and we needed to tell this story."

The movie's first hand interviews, with former Family Dog employees, poster artists, band members, and even the former Denver police officers, who contributed to the demise of the club, is incredibly thorough. 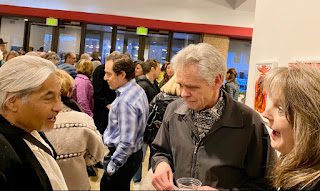 After the showing, the filmmakers, and a few members of the cast, took part in a panel discussion. 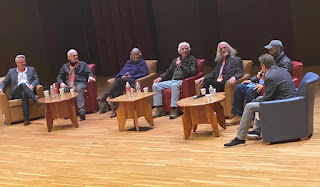 While making the movie was the primary topic of discussion, the audience got to hear some little-known music trivia and fascinating stories, including how one (then) little-known comic tried his hand at experimental music.

"When the band [Lothar and the Hand People] left Denver - the band started at DU - and when we left to move to New York, and try to make it big, we started working at clubs in the Village, and one of them was the Cafe A-Go-Go, in New York City," Paul Conly told the audience. "One thing about being in the Hand People was, we got to share the stage with a lot of great bands of that era. At the Cafe A-Go-Go, we shared the stage with Richard Pryor, who had not been on television yet, but he was working the stand-up clubs. We were hanging out with him backstage, and he saw the theremin. He asked, 'Do you mind if I go out and play the theremin?' We said 'Of course, go ahead.' So he improvised his whole set, riffing with stuff he came up with, on the theremin. I wish there was a film of it, because he was so brilliant. I still have the theremin, which we called Lothar. It still works great. It was made by Dr. Bob Moog."

"When I got to Denver, in 1964, it was a big folk scene, and I came out of the folk world," said Brent Warren. I sang with a guy named Michael Dunn. But then all of a sudden, a bunch of guys said 'Hey do you want to try out to be a lead singer, in this band [Eighth Penny Matter]?' I came out of the world of theatre, and so I tried to apply some theatre to the act, too. I wore a corduroy jacket, and one of the things I discovered was that I could pour lighter fluid on my sleeve. During our cover of 'You're a Better Man Than I,' by the Yardbirds, our guitarist's job was to drive me into such a frenzy, with his fuzz tone guitar, that I would pour lighter fluid on my sleeves, and set myself on fire, and then stand backwards and jump off the stage backwards, into the crowd. So I think I invented the mosh pit."

Suffice to say, it was an amazing evening, and it is a must-see film. The Tale of the Dog will be shown on March 26, at the Mayan Theatre, Denver.