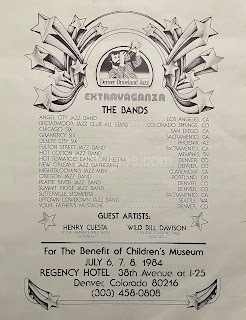 Picked up this large concert poster (and a pin - posted at the bottom) at an estate sale, last weekend. It came from the home of a local jazz enthusiast, where I also picked up several Denver jazz records, and wanted to share.

A bit of info on the Colorado bands noted: 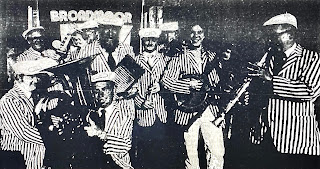 The Broadmoor Jazz Club All Stars 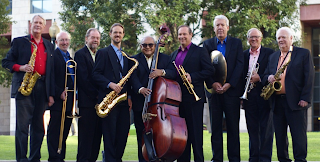 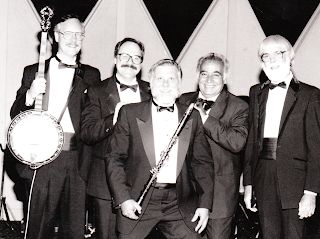 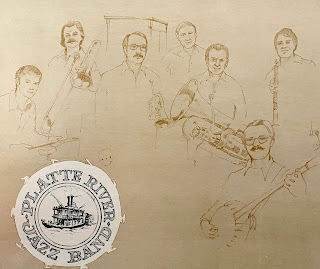 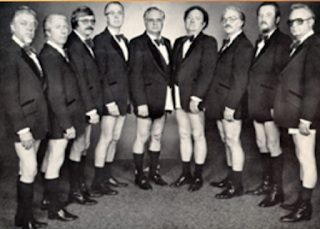 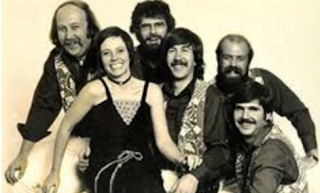 In 1965, the Your Father's Mustache night club chain opened in Larimer Square. A band was formed, and became the regular house act. Members included Joe Petrucelli, Craig Hugo, and Ray Leake. In 1975, the Denver club closed its doors, but the group continued playing (link below photo). 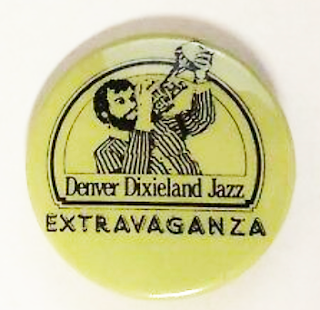