"I've Got a Million Dollar Baby" from Phippsburg, Colorado 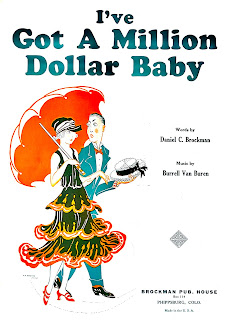 Can't say that I have ever run across a Colorado music item from the tiny town of Phippsburg (population 204, as of 2010). That noted, I certainly wasn't prepared for going down a very interesting rabbit hole, with this obscure find.

"I've Got a Million Dollar Baby" was written by Daniel C. Brockman, with music by Burrell Van Buren. The address on the sheet music notes Brockman Publishing House, Box 114, Phippsburg.

If you are thinking the title sounds familiar, you aren't alone. I immediately thought of "I Found a Million Dollar Baby (In a Five and Ten Cent Store)." But this piece was written in 1930, and the the Fred Waring hit was published in 1931. The lyrics are completely different, between the two.

Phippsburg is located 150 miles northwest of Denver, and 35 miles south of Steamboat Springs. I located the lyricist Daniel C Brockman in the 1930 census records, as living in Phippsburg. The records list him as being born in 1898, in River Bend (in Elbert County), Colorado. However, the 1940 census listed him living in Jefferson County, in the now-ghost town of Bancroft, with his wife Dora, and children. The records show that he died in 1964. He is buried at Crown Hill Cemetery, in Wheat Ridge. 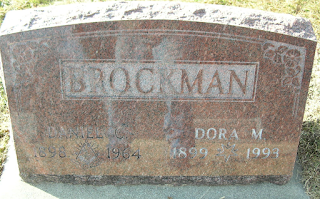 Along with being a songwriter, Mr. Brockman was also an inventor. In 1924 he received a patent for his vehicle turn signal lighting device. 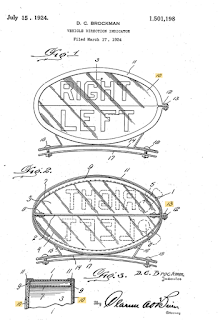 As for Burrell Van Buren?

Long before there were song poem rackets (businesses which took an amateur lyricist's words, and set them to music, recording the songs with studio singers - popular in the 1960s and 1970s), there were guys like the Chicago-based Burrell Van Buren (born 1884). In the early 1900s he would place ads in newspapers, promising to compose music for anyone with poems, which he would publish as sheet music (all for a fee).

When a prospective client would contact him, he would hype the fact that "there is no reason why your song should not find a ready market" (see third picture below). He would also laud his credentials as a successful composer, with the client's songs being played at large venues, including the Chicago Rialto: 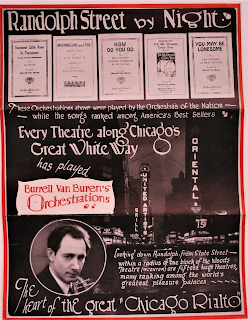 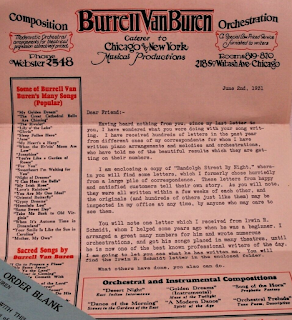 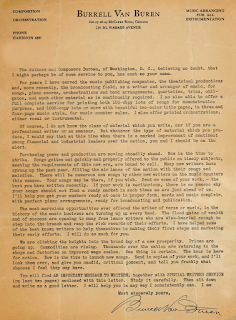 (click to enlarge)
It's estimated that Van Buren composed the music to more than 60 published works of sheet music, written by mail order clients. He would include the city where the lyricists lived, on the sheet music, to make it appear that their hometown was home to not only a publishing company, but also a well-known songwriter (solving the mystery to the one and only piece to be printed at the "Brockman Publishing House" of Phippsburg, Colorado).
Van Buren was hardly the only person getting the hopes up of amateur composers. In the era, there were several companies, including Success (believed to be the first), Madden, Melville,  Simplex, USA Music, etc. 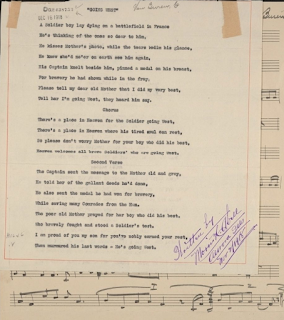 One of the earliest Van Buren vanity-published sheets (1918). Lyrics credited by Morris H. Abell   courtesy of the Library of Congress
The long-gone musician magazine, Etude often ran editorials on "song sharks," warning its readers of these companies. 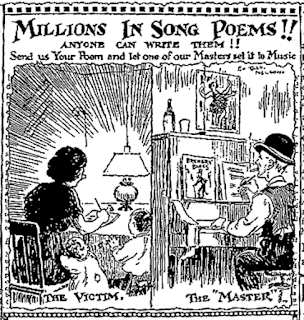 The jury is still out as to whether or not clients were actually promised more than he could deliver. While they were supplied with actual sheet music of their lyrics, the definition of "a ready market" might be up for discussion.

Van Buren continued to write music, well into his years. I found an article, in the Walla Walla Union Bulletin, dated March 13, 1950, noting that he had been a music composer "for the past thirty years," and currently lives in Oregon. He passed away in 1957.