In the mid 1960s, if you wanted to have a nice dinner, enjoy a cocktail, and listen to live music in La Junta, Colorado, there was just one place in town—the Country Club.

For Ed Rutherford the Country Club was literally a second home. The hot spot, located just down the street from the house where he grew up, was owned and operated by his parents, W.G. “Ole” and Frankie Rutherford. 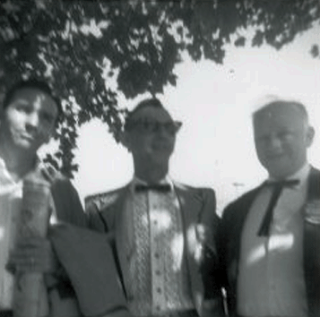 “My fondest memories of my dad and the Country Club was the music, and dancing with some of the regulars, and my dad getting on the band stand and singing “Long Tall Texan” but his version was “Short Fat Texan.”

In 1966, Ole Rutherford decided to get into the record business. Gleaning the talent pool of the more popular performers at the Country Club, he decided to make a local country duo, Jim and Lyn Stonecipher (spelled Stonecypher on a few occasions), his first official release on the new Tiger record label - named after the La Junta High School mascot. 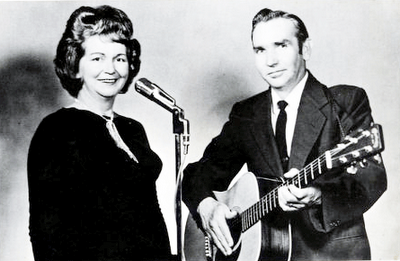 “Jim and Lyn shortened their last name to Stone, and they had a band called the Blue Marks,” said Rutherford. “Art Hollar played the steel guitar, Danny Tracy played the lead guitar, Terry Stone played the drums, while Jim played bass. Terry was Jim and Lyn's son and Danny was Lyn's son by a previous marriage.”

The first two records on the new label ("I Wish I Never" / "So-Called Friends" - Tiger 101, and "Little Patch of Blue" / "Boy and Girl in Love" - Tiger 102) were recorded in Denver. The songs feature happy married couple duets, which were a staple of their live shows at the Country Club.

Listen to "Boy and Girl in Love."


“I remember going with my dad to radio stations and visiting with disc jockeys to play the records,” said Ed Rutherford.

By 1967, Jim and Lyn decided to sign with a national management firm, J.B. Artist Promotions, and release a third single, which was recorded in Nashville. However, the couple's release of "Heartbreak Ship" and the flip "Tears are Falling," had more of a love lost feel than their previous love eternal tunes.

Listen to "Tears are Falling."


Shortly after the release of the third single, the couple would divorce. Lyn would go on to remarry and move out of the area.


Before the record label folded in 1968 Ole signed another local performer, and audience favorite at the Country Club, Mac McClanahan and the Rhythm Busters. While his rock-tinged "That Nonsense Stuff" and the slower b-side "No Sweeter Love" (Tiger 104) received local radio play upon its release, it would be rediscovered some 30 years later, as part of the modern day rockabilly resurgence. "That Nonsense Stuff" would go on to be considered a “pertinent” rockabilly record on Terry Gordon’s extensive Rockin' Country Style Web site, and appear on at least three rockabilly compilations.

Listen to "That Nonsense Stuff."

Ole Rutherford died in 1972. Frankie Rutherford continued to run the Country Club, but sold it off in 1976. 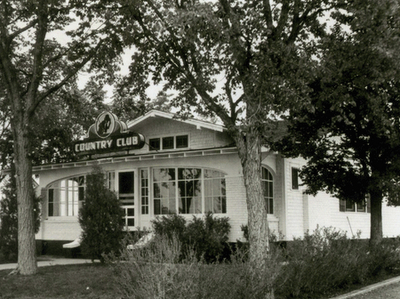