Blacksheep, Black Sheep, have you any info...

Hey all! I'm going through a mountain of Cash Box magazines, from the 1960s, and I found this advertisement for a band called Blacksheep. To my surprise, I discovered that the drummer is from Southern Colorado! 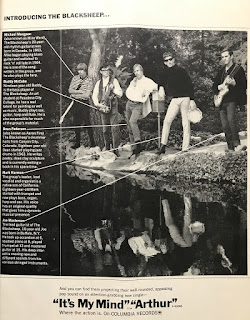 According to the ad: Dean Pedersen (also known as Aaron Fire) The Blacksheep's drummer, hails from Canyon City (sp) Colorado. Eighteen-year-old Dean started playing jazz drums in 1963. He writes poetry, does clay sculpture, and is currently writing a book in his spare time. 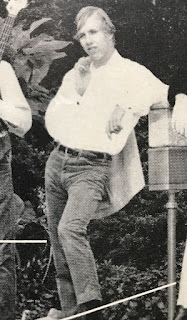 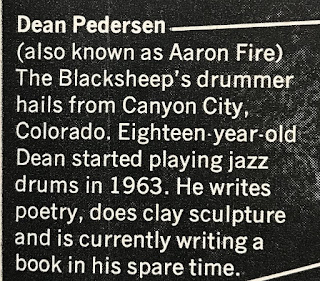 Well how about that?

Blacksheep (The Black Sheep on the records) also included guitarist Michael Mongeon (from Canada), bass player Buddy McCabe (from California), vocalist Mark Harman (from California), and lead guitarist Joe Masterson (from New York). The band put out "It's My Mind" / "Arthur" (Columbia 43666) in 1966, and a year later released "Feeling Down" / "Suzanne" (Columbia 43974). I can't seem to find any reference to any other vinyl releases, after that. Their sound is described as "catchy garage pop." 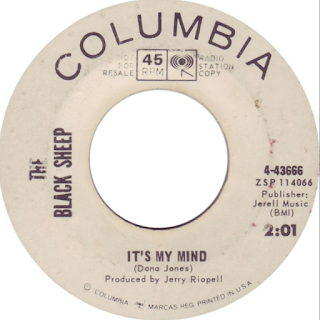 If anyone has any information on Mr. Pedersen, from Canon City, CO, please drop me a line!