The Great Pueblo Music Poster Find continues! Today, I give you posters from two of the city's most popular nightclubs - The Krazy Kat and the Hi-Fi: 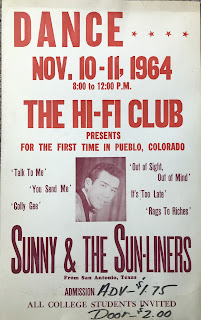 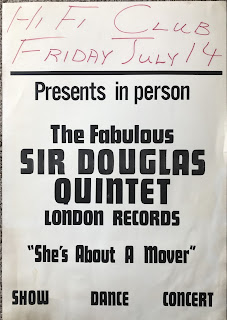 Concert poster for The Sir Douglas Quintet, appearing at the Hi-Fi Club, Friday, July 14, 1967. He was apparently so popular, he appeared two days later, at the Krazy Kat (below). 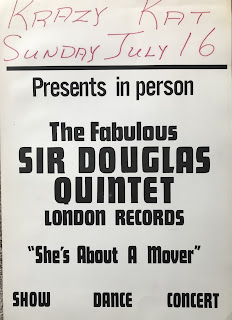 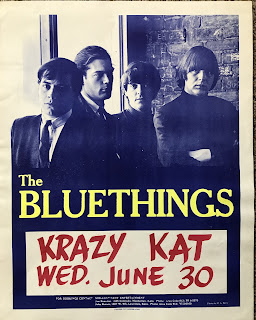 Concert poster for The Blue Things, appearing at the Hi-Fi Club Wed. June 30, 1965. The Blue Things were a psych band, based out of Hays, Kansas. They were active from 1964-1968. Recorded for Ruff Records, in Amarillo, and RCA. 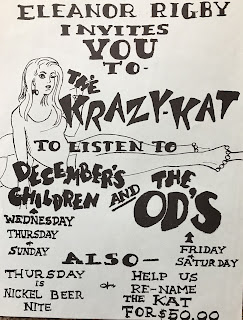 Promotional poster for December's Children and the OD's, appearing at the Krazy Kat (no year). Note the poster is soliciting new names for the club. December's Children were out of Cleveland. No clue on the ODs. Can't find a thing on them. Was told they might be a psych group out of the midwest. 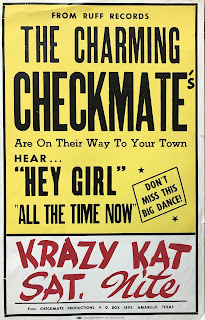 Concert poster for the Charming Checkmates (no year), at the Krazy Kat. I'm wondering if this is the same group, which recorded under the Checkmates - if only for the Ruff Records mention at the top. Maybe someone can help solve the mystery.
Posted by Lisa Wheeler at 3:03 PM