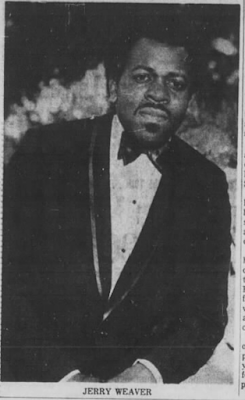 Hey all! You know what I love about obscure Colorado music history? I'm always surprised. No, really. Just when I think I have a pretty good grasp on the esoteric music history of the Rocky Mountain State, I discover something else. Take for instance, Jerry Weaver.

Jerry Weaver was known mainly as the guitarist for Aretha Franklin, but he also shows up on recordings by Joe Tex, The Allman Brothers, Frederick Knight, Patti Austin, and Janet Jackson...and apparently he (briefly) called the Pikes Peak-region, home.

The things you learn...

Jerry Weaver was born and raised in Alabama, but moved to Colorado Springs, in the 1960s, after his mother and siblings relocated to the area. In a June, 1969 Colorado Springs Gazette-Telegraph profile, Weaver told the reporter that he was ready to settle down in his new city, perform in local clubs, and promote local concerts. 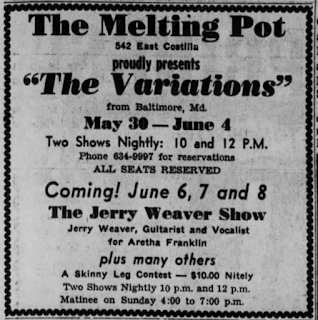 The first Jerry Weaver-promoted show happened on June 6-8, 1969, at the Melting Pot, on East Costilla, and included the Jerry Weaver Orchestra, Chuck Brown, and the Accents (no idea if this the same group who were regulars at Taylor's Supper Club, in Denver). After the success of that show, he immediately lined up a larger event, to be held that December, in the City Auditorium, featuring the Chantells (see below), Rich Maio and Allison Sheldon (Rich was in the local band, Birmingham Balloon Company), the New York-based doo-wop group, The Magnificent 4, The Beefeaters (no location noted), the Denver-based Mistic Moods (see below), and Jimmy Jules and the Diamonds, out of Louisiana. 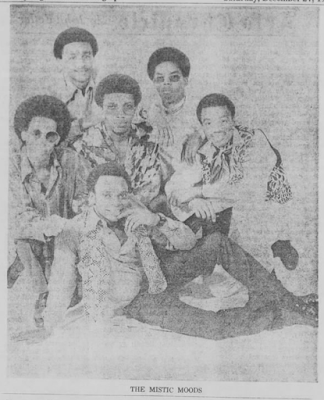 Of note, the Mistic Moods (also spelled the Mystic Moods) featured a young Philip Bailey (pictured in front), who would go on to Earth Wind and Fire, and was later a successful solo performer ("Easy Lover" with Phil Collins). 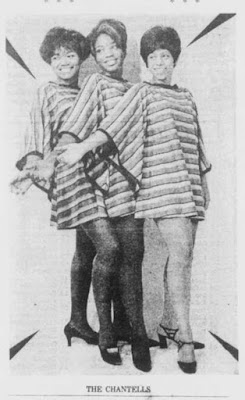 After this show, there doesn't seem to be any other local news coverage of Jerry Weaver. He went on to appear on other recordings, including those by Janet Jackson and Mick Jagger. Weaver also recorded his own material, including the fantastic 1972 single "I'm In Love" / "Love Sick Child" on the Sound of Birmingham record label. 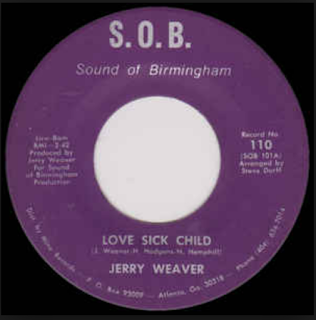 According to a 1994 interview with Frederick Knight (Weaver wrote his 1972 hit, "I've Been Lonely So Long"), Weaver had passed away, but I couldn't find any additional information confirming this.

As always, if anyone can add anything to the story, drop me a line!