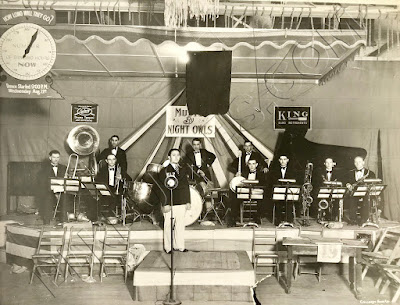 Found this fantastic photo in that big stack of  Purple Sage Riders / Si Westbrook pictures I acquired, not that long ago. Great shot of a dance band, called the Night Owls. The microphone shows the Denver radio call letters, KLZ, which obtained its license to broadcast March 10, 1922. It was the first — thus making it still the oldest — broadcasting station in the state of Colorado, and one of the oldest in the United States. 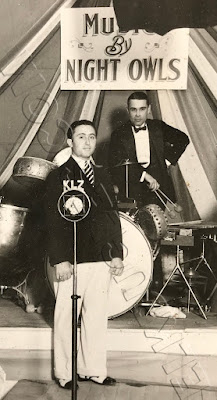 Not a lot of clues to go on, with dating this photo. It appears it was taken, possibly before (or after) a dance contest. You can see the dance marathon clock in the upper left corner. A quick search finds that Wednesday, August 22 fell on 1923 and 1928. 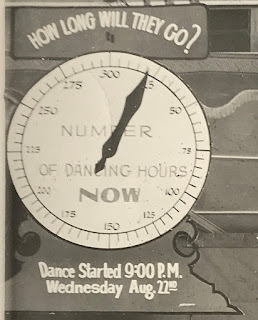 Then I found a video, on the history of the station, and noticed a segment showing a dance marathon, from the 1920s, with the exact same band banner, shown in the picture (at 1:46 mark). 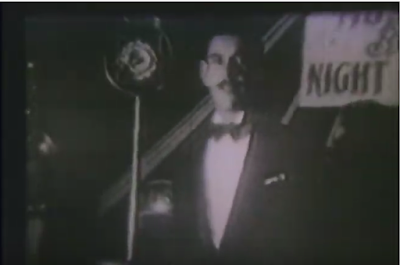 Couldn't find a thing on the band, Night Owls. If anyone has any information, please drop me a line.