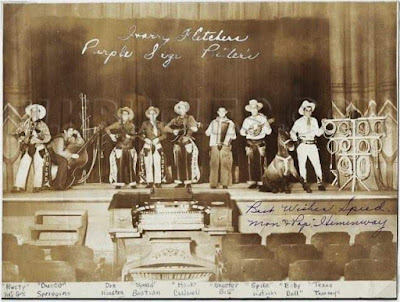 Included in this massive stack of KOA radio photographs, I posted last week, I found several incredible pictures of a group calling themselves the Purple Sage Riders, which included KOA Denver cowboy singer and radio actor, Si Westbrook. I knew of the Foy Willing and Buck Page (Donald Duffy) groups, both called Riders of the Purple Sage (and later, the 1969-formed New Riders of the Purple Sage - best known for "Panama Red"), but was unfamiliar with this earlier 1930s group.

As previously posted, I found a 1934 Montana newspaper article, which indicates the Purple Sage Riders are "an aggregation of well known radio performers." 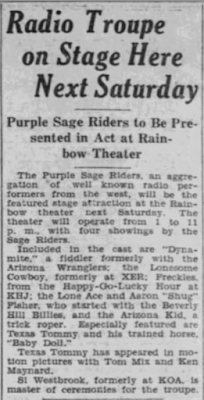 The Purple Sage Riders group had several rotating members - included fiddle player "Dynamite" (Leonard Dossey), formerly of the Arizona Wranglers; The Lonesome Cowboy (Roy Faulkner), formerly of XER (Mexico/Del Rio, TX radio station); "Freckles" from the Happy-Go-Lucky Hour at KHJ, in California; the Lone Ace and Aaron "Shug" Fisher, who starred in the early cowboy band, "Beverly Hill Billies;" and the Arizona Kid, who was a trick roper. The group also included Texas Tommy, who appeared in several early movies with Tom Mix and Ken Maynard. Si Westbrook ("formerly of KOA") is noted as the master of ceremonies, but he also appears in the band photos.

According to music archivist/historian Kevin Coffey, who contacted me, after reading the first post, "It sounds like the stuff you have is possibly mostly from the 1934 tour. Speed Bastien and Hank Caldwell joined the group in 1935, so did "Ace" Spriggins' brother "Deuce" Spriggins. Spade Cooley was in the group for a while, too. I believe Shug Fisher left the group before the end of 1934, to join Hugh Cross in Ohio/West Va, where he stayed for the next eight years. Len Dossey went back to LA and joined Stuart Hamblen's group." 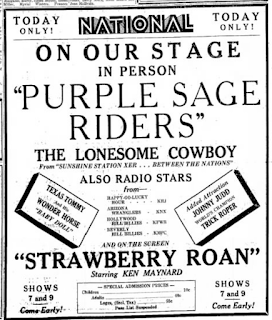 The original Purple Sage Riders-related pictures I obtained are incredible. Take a look (all are watermarked): 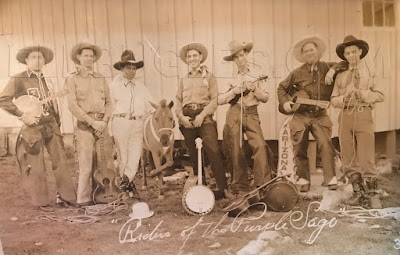 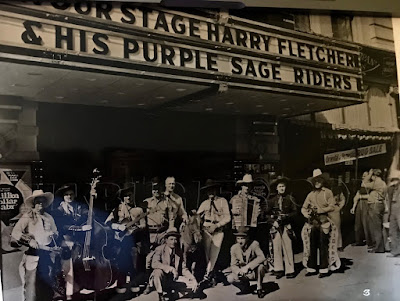 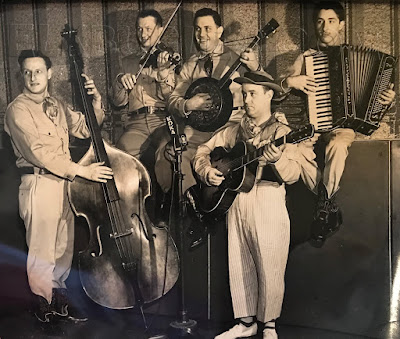 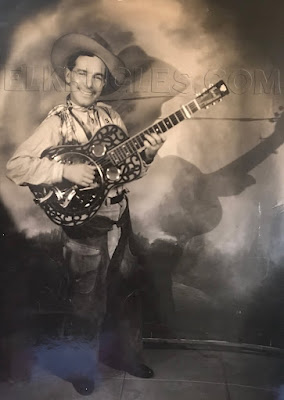 This photo was autographed to Si and his wife, from "Jimmie Barrum" (sp?), as noted on the back, but according to Chuck Anderson, who is the mastermind behind the fantastic The Old Corral, "That's Arizona Wranglers member Shorty Wells. Look real close, at his left shoulder, and you'll see the beginnings of his nickname SH..." 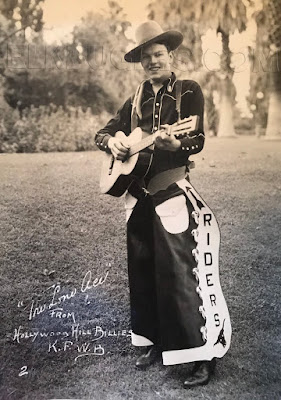 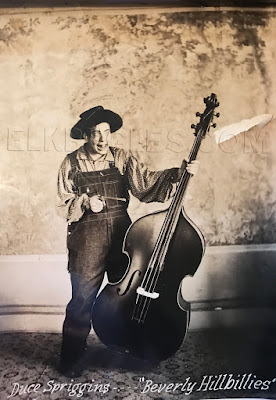 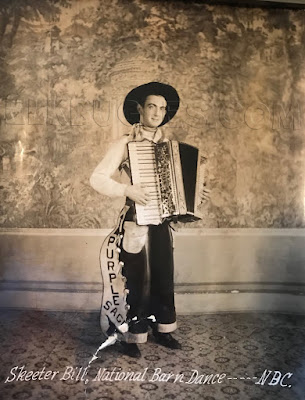 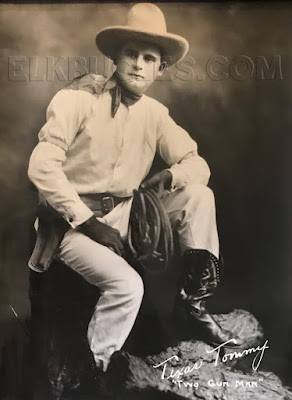