Dick Hoopes - In a Maze of Grace 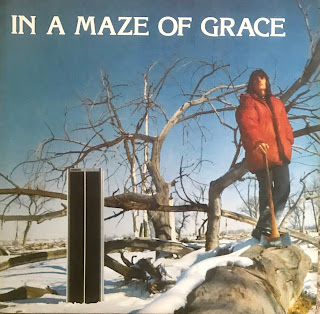 I found this album, during the big La Junta-area crawl I did, last month. I thought I had a pretty solid collection of Pueblo-area vinyl, so this local find surprised me, as it was not on my radar. I got it home only to also discover that it is mentioned in the collector's "bible" of  religious-music genre recordings, the Archivist:

Dick Hoopes - In A Maze of Grace (VES 709S)
Soulfully rocking along with a touch of old-old school Mylon LeFevre, Dick Hoopes tapped into that bluesy down-South sound that blends organ and piano with rock guitar and female backing vocals.... A heavy cover of (the Doobie Brothers) "Jesus is Just Alright," the transformation of The Three Dog Night ballad "Pieces of April" into - what else - "Pieces of Jesus."   --Archivist (4th Edition, page 115)

Side One:
Magnificent Sanctuary Band
Through it All
Don't Play the Game (1:30 audio sample)
Amazin' Grace
Sweet Song of Salvation

I located Dick's widow, Karen, who graciously offered to share the story of her talented husband.

Was Dick from the Pueblo area?

Yes. He was born Nov. 5, 1950, in Pueblo, and grew up in Pueblo County, where his parents had several acres of land. He went to high school at Friends Haviland Academy, in Kansas, and graduated there. He went to Friends University, in Wichita.

How did he get in to music? Was he from a musical family?

He began singing in church, as a child at the Friends Church, in Pueblo. His mom played the organ, piano, and marimba at church, and Dick sang. From there, he went on to singing in his high school choir, and later, as lead male vocalist with the Singing Quakers, the singing group at Friends University. When he returned to Pueblo, after touring Europe with the group, he started working at the family lumber mill. He also professionally-raced motorcycles, and sang in the church. He performed the National Anthem at several events, including at Denver Broncos games, at the Pueblo Motorsports Park, and at the I-25 Speedway.

Did he stay in Pueblo?

He had a life-changing motorcycle accident, and nearly lost his arm. After going through rehab, he returned to his music roots, and moved to Tulsa, with his then-wife Donna, and attended Oral Roberts University, in Tulsa, OK. While there, he was in a group called Youth for Christ.

Did he ever play secular music?

His first band was the Magic Night Band, and he was the lead singer. They opened for Gloria Gaynor, and other acts, who came through Tulsa. They played mostly rock music and appeared at local night clubs. 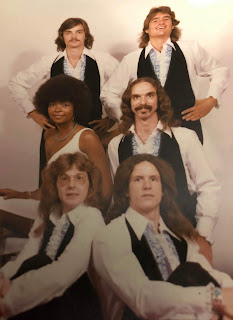 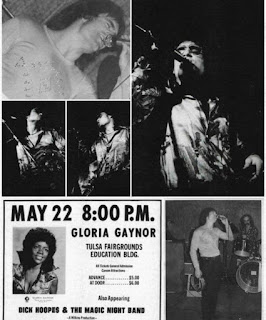 It was at that time he recorded In A Maze of Grace, under the Shelter Records label.

Yes. Dick got to know various local musicians, while in Tulsa, including Leon Russell and Ronnie Dunn (who later became one half of Brooks and Dunn). Tulsa was the hub for musicians, at that time. He recorded that album at Leon's Church Studio, in Tulsa. Dick got to know him well, along with Denny Cordell (Moody Blues and Procol Harum producer). Tom Russell (Muscle Shoals Sound Studios engineer, and no relation to Leon) was the engineer on the album. The studio players included keyboardist Walt Richmond, saxophonist Pat "Taco" Ryan, Jimmy Byfield on bass, and Jaimie Oldaker on percussion. They were all band members who toured with Eric Clapton and happened to be on break from the tour, when they recorded with Dick. Richard Feldman, who co-wrote 'Promises,' with Eric Clapton and Roger Linn, played guitar. The other musicians on the album included Jim Bolley on guitar, Tim Wilkins on keyboards, guitarist Paul Nabb and bassist Dennis Whitley - who were all in Dick's band. Stephanie Boosahda was the backing vocalist.

What year would this have been?

It was recorded in 1973, when Dick was 23-years old. He then joined the local Tulsa group, Wilderness (NOTE: The Archivist shows the LP recorded in 1975, which is incorrect). 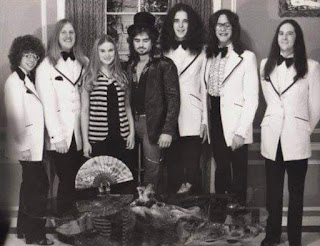 Did the "Maze" album ever receive any airplay or national attention?

It was played every Sunday, on one Tulsa radio station. I don't think it ever received any national attention. It was his one and only recording.

What happened to his musical career. Was he ever given an opportunity to make it big?

It was my understanding that his band Wilderness was about to make it big. They were becoming very well known around Tulsa. Dick was named "Top Male Vocalist" in a local music poll. Then his career came to a screeching halt, when his father fell ill and the family needed help at the lumber mill. His time at the mill was only supposed to be for a year, but he never returned to music. His parents were never happy with his secular music career, and preferred that he stick to gospel music. He pretty much settled in Pueblo, and remarried twice more. While at the mill, he lost part of his  finger, and sustained an eye injury. After the mill was shut down, he went back to school, to be a paramedic.

Did he stay in Pueblo?

When I met him, this was about a year or two after his divorce from his third wife, Joann, he wanted to move to Barrow, Alaska. This would have been 1988. He ran a motorcycle / four-wheel shop, for his sister, who lived there. We were married in 1989. When the shop job fell through, he worked for the North Slope Borough School District, as a bus driver, and he also did maintenance and security. He also worked side jobs as a cab driver and hotel desk clerk - and was a stunt double for Harvey Keitel.

Really? Tell  me more about that.

While we were living in Barrow, this would have been in 1990, he worked at the Top of the World Hotel. An Italian film crew was staying there, filming the movie, Grandi Cacciatori. It was directed by Klaus Kinski. The crew asked Dick to help recruit locals for the film, and Dick ended up playing Harvey's stunt double. There is a scene where Harvey is found injured in the snow, and that's actually Dick. He had to grow a beard for the shoot, as Harvey had a beard in the movie. 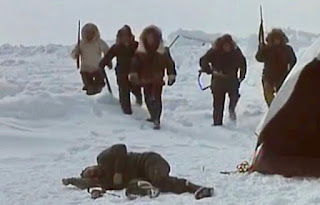 We stayed in Alaska for about five years, and then returned to Pueblo.

Did he have any children?

He had two sons with his third wife, Joann. During our time together, we had two daughters.

Did he ever sing again?

The last time he sang, publicly, was at his eldest son's wedding.

When did he pass away?

On July 23, 2018, from hepatorenal syndrome. It happened so fast. It's still hard to believe.

Are there any plans to re-release his album?

There are no plans, at this time, to re-release In A Maze of Grace, but three of his children inherited his vocal skills, and we have tossed around the idea of re-recording the album, and having his children sing the songs. Right now we are just trying to recover from his loss.