Going to post a non-Colorado vinyl find, only because, well because it's such a cool story....

So I'm digging at the Littleton ARC Thrift, yesterday, when I spotted this large bag of Audiodisc records. 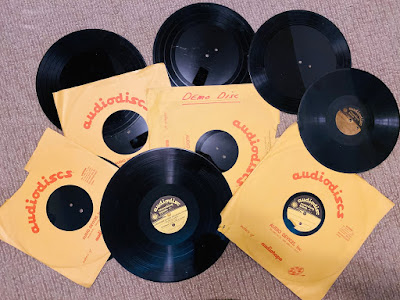 I love finding these, as you never know what might be on these often-unlabeled, homemade recordings. More times than I can count, it's usually some sermon, or an off-key opera singer, but for $3.99 for the whole batch, I thought I would take a chance.

When I got home, I noticed one of the labels indicated they were from Alaska.

I spent the better part of the day discovering dubs of previously-recorded Blood Sweat & Tears, Major Lance records, and a few other cuts I couldn't make out. There were some Anchorage radio commercials, and even some jingles for Buffalo, New York and Toronto radio stations. Truly an odd mix of audio.

Then I got to the very last song, on the record pictured below - an incredibly beautiful, raw teen garage band, sound I had never heard before. Jaw drop doesn't begin to describe my reaction to hearing this gem. 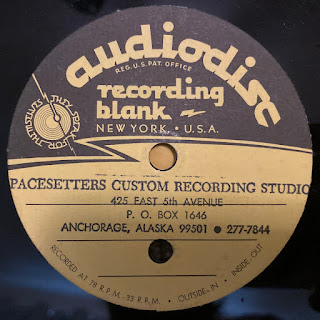 Because I am up for a challenge, I immediately hit the Internet, trying to find anything on this song. I tried lyric searches, and Google'd Anchorage garage bands - nothing. So I hit Facebook, to see if there was a group dedicated to Alaska-produced records (surely there are folks in other states, as obsessed about state music history as I?)

I hit pay dirt on the invaluable Anchorage Memories page, where group members thought it might be a band called the Heartbeats (also known as the Pulsating Heartbeats). I was directed to this fantastic interview by Michael R. Dougherty, with band member  Raphael (John) Apostol, the group's guitarist and singer.

Thankfully, there was a link to audio of the band's single "Anne."

I thought they were similar enough to track down Raphael, in Anchorage, and play this recently-discovered song.

I wish there were an "Oh my God, I'm freaking out right now" emoji. Yeah, it was one of those moments.

"The demo was probably recorded at somebody's house, in Anchorage. I really don't remember."

The song would go on to the B-side of the group's single, "Run Around Kind," recorded in a San Francisco studio, and released on the Golden Gate label (the group also changed its name to the Hartbeet Band). With this new information, I then tracked down the studio single version of "Wait Till Then." 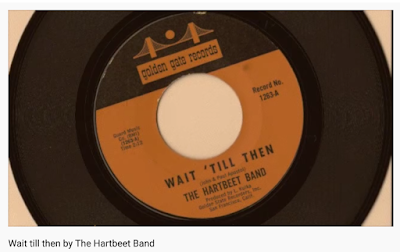 Hear the studio single version of "Wait 'Till Then"
(YouTube video - 2:26)

"I didn't really write 'Wait Till Then' for any girl, in particular. It was just one of those when you fall for someone, and they leave, and you are waiting for them to come back, songs."


According to Raphael, only a handful of "Run Around Kind" / "Wait Till Then" were produced.

"They sold out in Anchorage, and we didn't make anymore," he said.

The group hung around the Bay Area, trying to make it big, but quickly came back home to Alaska, where they were the opening act for The Grassroots, Sam the Sham and The Pharaohs, The Seeds, and The First Edition (you can read more in that Michael R. Dougherty interview link). They broke up in 1968. (SIDE NOTE: Skip Conte [I've seen it also spelled Konte], who was the keyboardist for the band, later joined Blues Image and co-wrote their big hit "Ride Captain Ride." After the band broke up, he joined Three Dog Night). 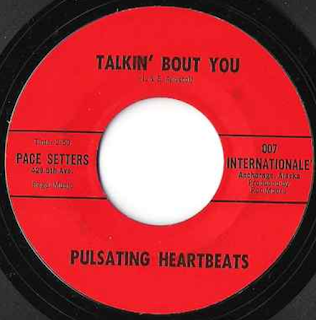 The band's first single, "Talkin' About You," would later be re-released on the Back from the Grave CD series (Volume 8), and "Anne" would show up on the Grains of Time CD series, and the Last of the Garage Punk Unknowns CD series (Volume 7&8). It has booked, on Popsike, for over $1,000 (the most recent record of a copy selling, in 2018, was a still-impressive $644).