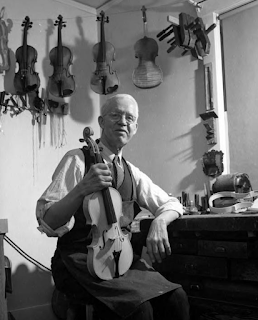 So I'm going through this large stack of 1920s-era Etude classical music magazines, when I spotted a tiny ad for a Denver violin maker, Gustav V. Henning. Of course, you just know I had to go down that path of finding out more...

Gustav Henning was born in Karlstad, Sweden in 1876. In 1885, at the age of nine, he immigrated to America. I couldn't find any information on his childhood - whether or not he had been previously musically proficient - but as a young adult, he worked for a piano company (Chickering and Sons), in Boston. By 1905 he had switched from pianos to violins, making them out of his home, and marketing them under his own name.

From Boston he moved to Miami (1914), and advertised himself as a piano tuner and violin maker. Then six years later, he concentrated solely on violins, and relocated his business, to Denver (2424 Gaylord St.). It was here in Denver that Mr. Henning was quite prolific. He discovered the benefits of magazine advertising, and took out monthly ads in Etude, and even Popular Mechanics. Business took off, as orders came in to his City Park-area home. It's estimated, based on catalogs of his work, that he could create about 17 violins a year. 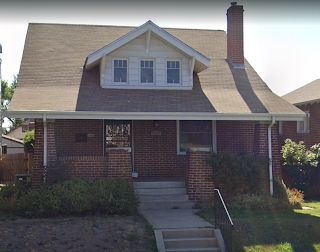 Advertising the instruments as "deep, mellow, soulful," the violins were crafted with spruce and maple, and were finished with a semi-opaque yellow-brown varnish.

His later Etude advertisements continued to use the "Deep - Mellow - Soulful" descriptive. While the announcement above shows a 512 University address, I found 20 years worth of Etude ads (1929-1949) showing three different Seattle addresses - 302 University Blvd, 301 Fisher Studio, and 1106 N. 49th St.

At some point he returned to his native Sweden, where he died, in 1962. It's estimated that he created close to 600 signature violins, over the course of his business. The handcrafted instruments, which originally sold for $350-$500, are now worth close to $4,000 today. One of the violins made by Henning, during his time in Miami, is on display at the Smithsonian's National Museum of American History (picture below). 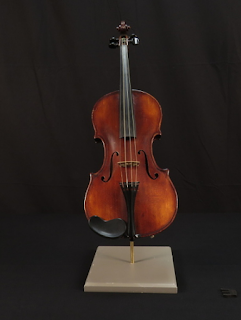