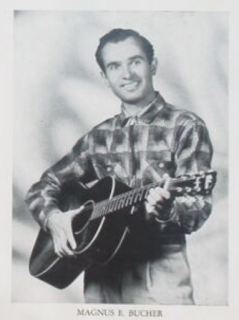 Boulder was once home to a yodeling school. Yup, the things which continue to surprise me about esoteric Colorado music history.

Found this previously-unknown-to-me history, while attending an estate sale, last weekend. Discovered a couple of 45s and an album, and noted the Colorado addresses on them. Of course the fun part is always doing the research...

Bucher's Yodeling School opened for business, in the 1950's, by Magnus Bucher, a Bavarian immigrant, and Olympic skier, who came to Denver to attend the University of Denver (where he was also on the ski team). He later attended the University of Colorado.

The story goes that this world-known skier used to impress his teammates with his yodeling skills, and they encouraged him to teach others.  During his time at the University of Colorado, he opened a formal yodeling school with K.A Jaensch, a Slovenian immigrant who worked as a full-time Denver engineer, when he wasn't yodeling. The school was housed in Boulder, at 1146 Pleasant (Bucher's college apartment). 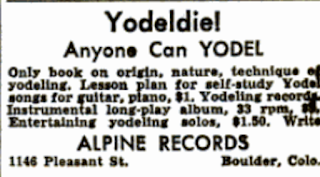 Billboard Magazine
May 19, 1958
(note the Alpine Records notation, not to be confused with the Paul Weingardt label)

In 1956, Bucher recorded the instructional album, Anyone Can Yodel. 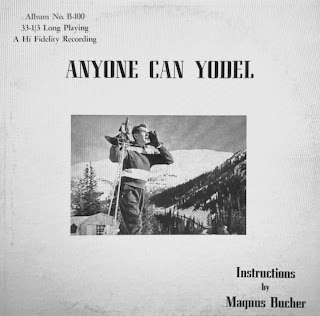 The following year, Bucher appeared as a guest on the popular TV show "What's My Line" - click on the link to watch.  He stumped the panel, won $50, and gave a sample of his yodeling, before he left the stage. 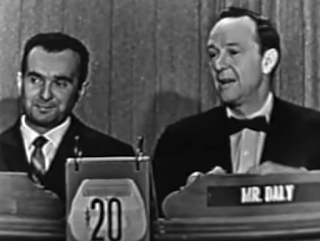 In 1959, Bucher graduated the University of Colorado, with his Ph.D., in history.  That same year Jaensch (sometimes spelled Yansh) recorded a handful of 45 rpm singles, of his own original songs (performed by Bucher), pressed by RCA Victor, and released under the KAJ Montaphone Records label. (KAJ stands for Kurt A. Jaensch). The address of the school also changed to 515 E. 7th, in Denver, as noted on the record sleeves (apparently due to Bucher leaving his college housing, in Boulder). 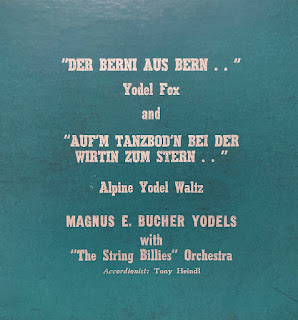 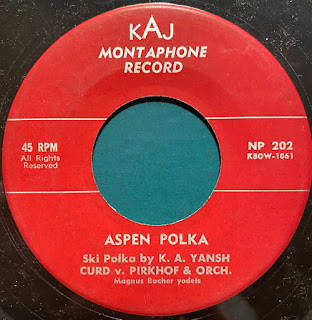 No clue when the Bucher Yodeling School shut down, but I found a reference to Magnus Bucher, in 1971, where he was noted as a ski instructor at the University of Maryland, Munich campus.

In 1982, Bucher's now long out-of-print yodeling instruction course was discovered by a reporter at Skiing magazine, who ran a story on it, in a piece entitled "Bring Back the Yodel."