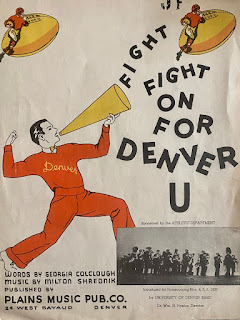 Hey all! I haven't dug into my Colorado sheet music in a spell, so I thought I would post this latest acquisition - "Fight Fight On for Denver U."

Music was composed by Milton Shrednik (who was actually the music director at KOA radio). He passed away in 1957. Sadly, I could not find anything on the lyricist, Georgia Colclough.


Stand up! Stand up! And yell for Denver!
Yell when the Pioneers appear!
Naught prevails and pow'r of Denver, give 'em a mighty cheer!
Rah, Hu-rah! Hurah! for Denver Pioneers, so bold!
Shout, so Shout, Oh Shout for Denver. Shout for colors, red and gold!
Fight, Fight you men of gold, fight for Denver U!
Crash the enemy, line from the start!
Smash their plays apart!
Red shirts you must win today, let our voices rise and give three cheers for the Pioneers.
Varsity of Denver, Fight Fight Fight!

Strangely, this was not the official University of Denver fight song, as that was written in 1916, and entitled "Fairest of Colleges." According to the front of the "Fight Fight" sheet music, that song made its debut during the 1937 homecoming. It was performed by the University of Denver band. 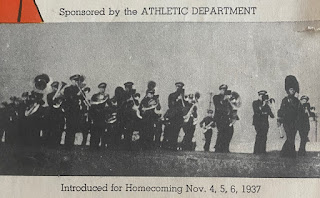 "Fight Fight On For Denver U" was published by Plains Music Publishing, located at 24 W.  Bayaud (in the Baker part of Denver). It appears the building, believe it or not, is still standing. 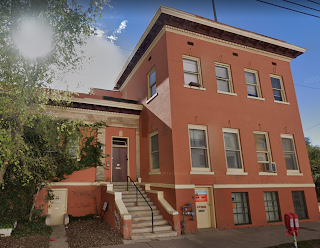 (This building is actually listed as 30 W. Bayaud, but you can see various offices/apartments noted) 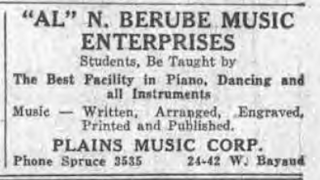 
Mr. Bérubé was semi-prolific, in the sheet music business, as I found several notations of published pieces, including "Denver" (words and music by Rosamond L. Little - published 1940), and a song entitled "Oh How I Love You, Colorado" (words by Flora Pool and music by Malloy Miller - year unknown).

Other pieces included "Learn to Keep the Corners of Your Mouth Turned Up and Smile, Smile Smile" (lyrics by M.E. Baker and music by A.N. Bérubé - 1941). Plus a fantastic Cañon City-related piece of sheet music "Canon My Canon" (words and music by Jimmie Miller - 1940) 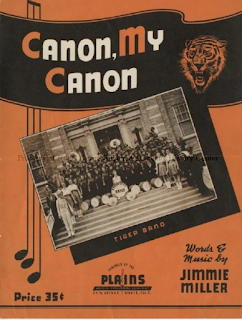 According to the Royal Gorge Regional Museum and History Center, Jimmy Miller was an inmate in the Cañon City prison, when he wrote this piece. The song was performed by the Tiger Band at the high school. The cover shows a photo of the Cañon City High School Band gathered in front of the school building's front entrance.

As luck would have it, a couple of weeks ago, I found yet another Plains Music piece, "My Haunting Melody" (words by Gladys Bailey and music by A.N. Bérubé - 1940). The piece apparently received national recognition, as it shows well-known bandleader Ted Weems on the cover (and signed by Gladys Bailey). 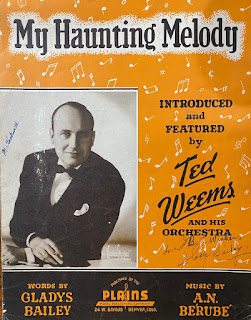 I found Al living in Cheyenne Wyoming, before he came to Denver. I noticed he wrote a few pieces of music, while there, including "Meet Me in Cheyenne For Old Frontier Days" (1934). 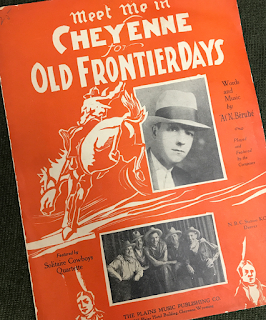