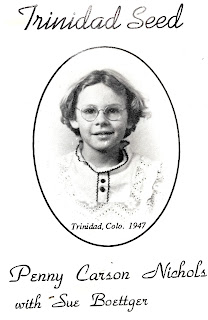 About once (or twice) a month, I'll have a reader ask me, "Hey, why don't you ever do stories about Colorado music on cassette?"

I started this blog, focusing on obscure vinyl releases, but began to (quickly) realize that there were almost just as many esoteric Colorado music offerings, on cassette.

I. Love. This. Cassette.

Found this tape in a bin, at the ARC thrift. The cover drew me in, with a grade school-looking child on the front. I'm thinking this was some local church thing, or a a family vanity project, spotlighting a little girl's vocal talents.

I was so wrong.

"Good evening and welcome to let's make an album" starts off this simplistic "live" production (recorded in the "back room of Laura Hershey's house" because "studio time was too expensive") with no stopping. Penny's rich (adult) alto voice is mixed with her present surroundings - crickets chirping, the neighbors talking, and the beer cans being opened - and it's simply glorious.

Listen to a sample of "Trinidad Seed"

But who was Penny Nichols? I went on a mission to find the singer of this incredible private-issue recording. An Internet search yielded nothing. The back of the tape showed another name, so I did a search on that name, and discovered her living in Denver.

"That's me," she said.  "My whole life my family called me Penny. So I was Penny Nichols. When I was coming up with a stage name, I knew there were other singers named Penny Nichols out there. My grandmother's maiden name is Carson. So I became Penny Carson Nichols." 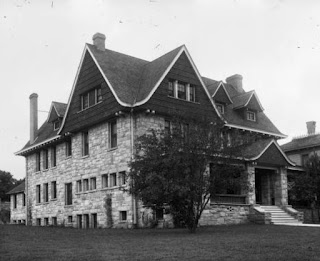 Penny Nichols was born and raised in Trinidad. Her 1947 Park Street Elementary school photo graces the cassette cover. "My great-grandfather was C.H. Nichols, who owned the Stone Mansion and was mayor there, at one time. His son, my grandfather, was Frederick Nichols, who owned Trinidad Brick and Tile. He made the 'Trinidad' bricks you see on the streets there." 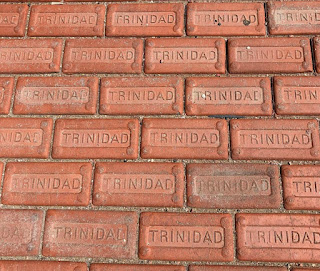 Penny left Trinidad to move to Honolulu with her family. She later moved back to Trinidad, and then Colorado Springs, where she attended Cheyenne Mountain High School (graduating in 1959).

After traveling east, she came back to Colorado, and moved to Denver in 1982. 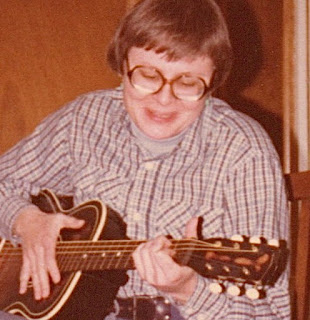 Penny loved to write songs and sing for friends. She would take her guitar to Cheesman Park and play. One day a co-worker, Sue Boettger, saw her, and started harmonizing. "We had a good sound, and I knew I wanted to make a record."

She booked a studio, and quickly realized that it was not a good fit.

"I had paid some money to go into a studio, and all kinds of things went wrong.  It was costing me $20 an hour, and I didn't like the way it sounded. I decided to take my suitcase record player and it had a place to put in a mic, so I decided we were just going to put this on cassette, and make it ourselves."

She enlisted the help of her friend Laura Hershey, who let her use the back room of her house to record.

"I ended up putting a microphone above my head, pointed at the wall behind me. Sue was sitting about six feet away from me. The only control I had over the balance, between the voices and the guitar, was the placement of the microphone."

The result is an amateurishly beautiful, heartfelt recording. When you listen to this cassette, it feels like you are hanging out on the porch with your best friends, on a Colorado summer night.

Listen to a sample of "Alameda Baby."

Penny believes only 50 tapes were produced.

Listen to a sample of "Colorado Hailstorm"

"Remember My Name To the Spring," is a song she wrote after Martin Luther King was assassinated. Her almost Jandek-sounding minimalist guitar playing on this track is so noted.

Listen to a sample of "Remember My Name To the Spring"

Penny never performed live, and never pursued a career in music, after the tape was released.

"Of course everybody had fantasies of making it big. But I don't think I was thrilled with the idea of hundreds of people watching me on stage."

She did attempt to market the tape in her old hometown, Trinidad.

"I gave them a shoe box with a few in it, and then I got them back - nobody bought one. Mostly friends got them."

At 79 years old, Penny lives in a retirement facility in Denver.

"I'm so happy the tape has been discovered. Making it was more like an accomplishment. I was relieved and pleased that the tape actually got made, and I'm even happier that it's finally found an audience."