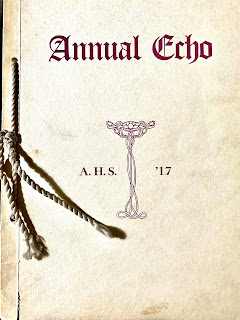 This has to be one of the oldest Colorado yearbooks in my collection - Alamosa High School, 1917. Found this at the big Denver antique mall. While it's not exclusively music related, I wanted to include it on the blog, as a historic look at a small town Colorado music education 104 years ago. It's pretty cool.

In 1917, a total of nine seniors graduated from Alamosa High. Right behind them, there were 12 juniors, 18 sophomores, and 22 freshmen.

A total of 11 students were a part of the first AHS orchestra. The yearbook notes that the group was founded in October, 1916. "Only five could play," according to the page notation. "Many, after a time,  decided that they could not conquer their instruments, and dropped out - now only eleven are left." 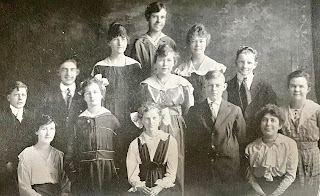 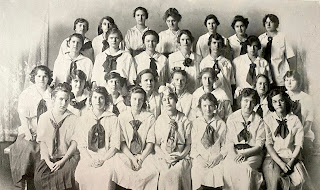 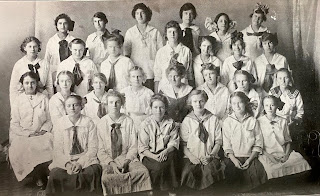 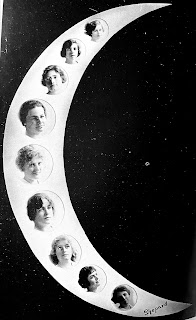 Email ThisBlogThis!Share to TwitterShare to FacebookShare to Pinterest
Labels: Alamosa