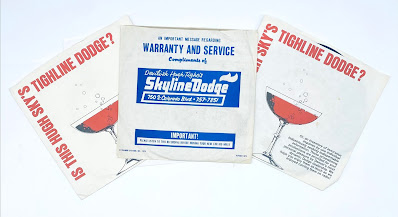 Found these promotional 45s for Hugh Tighe Skyline / Hugh Sky's Tighline Dodge, and over the course of research discovered an association between the Denver car dealer and one of the most infamous stories in Pueblo history.

No clue how this connection escaped me, until now.

Back in 1952, Pueblo car dealer Hugh Tighe, and his wife Virginia ("Ginny"or "Ginni"), attended a party at Morey Bernstein's house, in Pueblo. She was having trouble with allergies, and Morey, who was an amateur hypnotist, said he could help her. She took part in several sessions, but instead of helping her with hay fever, Bernstein unlocked a past life, that of an Irish woman, Bridey Murphy. 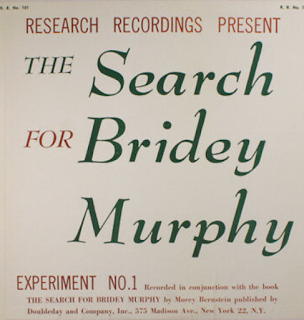 Of course, we all know what transpired from that. I won't copy and paste the whole Bridey Murphy story, as there is plenty on that subject (start with Wikipedia) 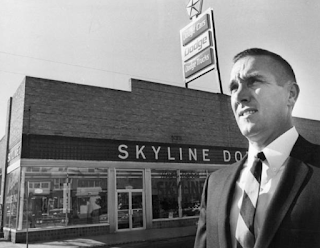 Back to the car dealer part of the story.

The Tighes would eventually leave Pueblo, and move to Denver. Hugh started up his car dealership, located at E, 18th and Downing. In 1964, the dealership would move to 7100 E. Colfax, before moving to it's final location, 750 S. Colorado. 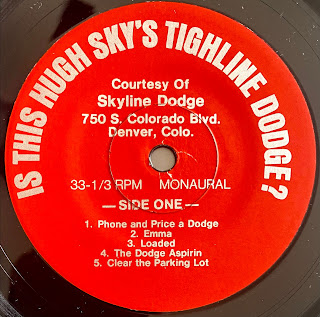 Listen to a sample of the promo single 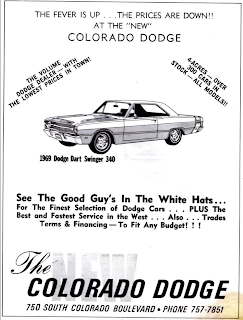 Skyline Dodge went out of business in the 1980s. Hugh Tighe passed away in 2014, at the age of 88. The site of his massive car dealership is now an urgent care center.