Buddy Johnson Book - A Son's Tribute to His Father 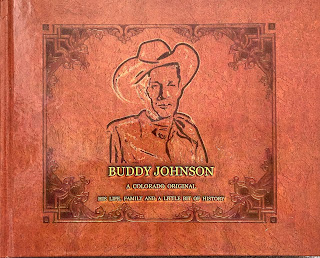 Hey all! On this Father's Day, I wanted to post this news related to one of the fathers of early Pueblo television.

Got a message from John Johnson, the son of Pueblo cowboy TV star and singer, Buddy Johnson, that the tribute book he wrote about his father is now in its second, and soon-to-be third, printing. The reaction to this book has been fantastic, and he wanted to let everyone know that it's available at the Beulah Historical Museum (8869 Grand Ave), the Pueblo Heritage Museum (207 West B Street), and the John Deaux Gallery (221 S. Union - Pueblo). It's also for order, on the incredible website, John put together, in memory of his father.

While the Pueblo Chieftain did an article, when the book came out, in October, I wanted to ask John a few other questions.

What made you all want to put together this book?

My sister Pat badgered me for years to put something on paper about Dad. She was a young girl and a teenager during this time, and was occupied elsewhere during those years. She really didn’t know or remember everything that Dad was involved with, but she knew that I was right in the middle of lots of it, and thought he should be remembered in some way. Initially doing a book on Dad was the farthest thing from my mind. I thought I would just scan a few photographs and put up a site which we could refer the grandkids to, and that would be that. Then they would at least know something about Dad, who was such a force of nature in our lives, but was little known to his grandchildren - all of whom were born years, and in some cases, decades after all this happened. That just didn’t seem right. 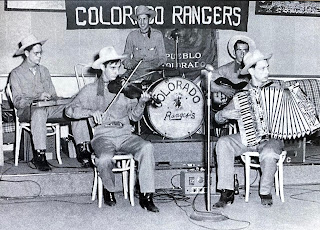 What was it like going through the memorabilia? Did it bring back any memories, for you?

I had seen lots of his stuff when he was alive, but it wasn’t until my mother died in 2004 that everything was divided up among the three of us children, so stuff was scattered between Pueblo where I live, and Littleton and Lakehurst where my sisters live. Once I looked at what I had, it did bring back memories of things I knew existed, but that I didn’t have. So my sisters started giving me things like scrapbooks and such. The further I looked through everything it did bring back many memories I haven’t thought about for decades, since he died in 1986. And once I had the website up, people would discover it and they would send me emails about their going to The Adventurer’s Club show, of how they met at one of Dad’s dances, that type of thing. People just felt that he was a cherished part of their young lives, as he was in the media for so many years. I only decided to do a book when my son Thomas happened to mention to one of his friend’s parents who his grandfather was. Their amazed and happy reaction - amazed and surprised that they would even know his grandfather. Then he told me about it. I thought a website would come and go, but I should put it into a more permanent form - a book. I’ve made a few films, but I think books are much more of a permanent item, which you can hold and go back to. 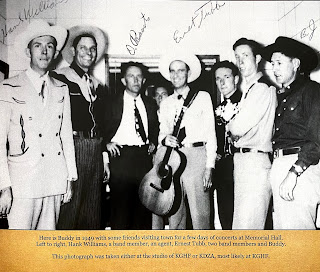 Was there anything left out of the book? It’s packed with so many photos and other things!

In telling Dad’s story and also Mom’s story too, I wanted to give the grandkids, and now the great-grandkids more context about the history of our family. up to his time. So I tried to give a historical context to what their lives were really. That’s why there are chapters bringing the genealogical lines of the family - from the early days in this country, and from the journey of our ancestors from Italy. Also, as all of his descendants live away from Pueblo, and it has so drastically changed since that time, I felt I had to let them see Pueblo the way it was during my parents’ lives here, and the way I remember it when I was young, thus the chapter on Pueblo history. In researching Pueblo, like researching Dad, there were just so many fascinating things I came across like the war years and the Pueblo Army Airbase and my grandmother’s remembrances about the terrible Dust Bowl era, but I couldn’t put everything in, so I had to really pare everything down. But I tired to keep in some of the most interesting items from all the stories I found. I’ll tell you if you really want to understand the history of your parents, read the newspapers from the time when they were alive. Things we think of now as being all settled, just historical fact, at the time were not settled at all, and the outcomes were very much in doubt. So lots of great stories that were left out.

Why did Pueblo mean so much to Buddy? I’m sure he could have been “big” elsewhere, but he chose to stay here. Why?

Well I think it was the main city of any size that he lived in, and like I said, Pueblo was indeed formidable in those decades. A real power house. I mean here he was born in very rural Kansas, then he lived on the vast prairie at Arlington, which might have had maybe 600 people at its height. When the Johnson family moved to Pueblo, it was a big, powerful, industrial city with street cars on Main Street and many national department stores. He just liked the mix of people here, like I do. Pueblo was, and still is, just different from the rest of Colorado at the time. It was much more cosmopolitan that the rest of the state which which was pretty much white, rural and agricultural like Arlington. It must have seemed somewhat exotic to Dad, at sixteen, and his family. You have to remember that because of the heavy industry at one time there were something like 30 different foreign language papers published here, so it was totally different, back then. 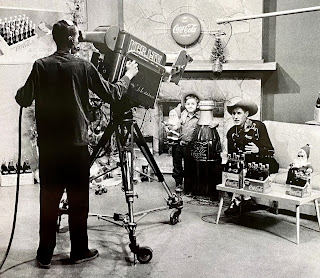 Has the book brought back any memories for readers? What have you heard from those who have bought the book?

I've heard from so many people that either bought the book for themselves or purchased it for their husband or wife. They tell how they encountered Dad, even down to remembering exactly what was said. Amazing. One man even found himself in a photograph from The Adventurer's Club in the book. Remember there were just two or three TV stations, not the thousands of choices we have today. If someone was lucky enough to have a TV everyone was pretty much watching the same shows. These memories remain. When I went to my wife’s high school reunion they began their "remembering when" PowerPoint presentation of their high school years with a slide of Dad, and they didn’t know I was related to him. His memory is very warm and fuzzy for so many people, it reminds them of their youth and a much simpler, possibly happier time in their lives. I like that, you love your father and it’s nice to know so many others do too. 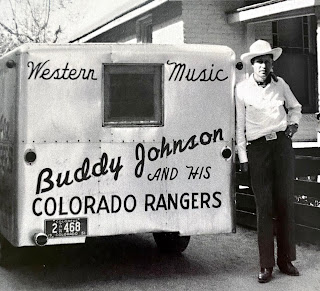 What do you think Buddy would have thought of the book?

My sister Kitty told me that Dad would be so proud of the book. I think he and Mom both would be proud and think I did ok. One time I was talking to Dad about things like death and such and he told me 'When I’m gone just put me in a wood box and dump me off to the side of the road. Just forget about me.' Fat chance of that happening. With his family or us kids who were and still are very close, or the countless people who consider him their own. But yeah, if there’s a heaven he likes the attention.
Posted by Lisa Wheeler at 7:00 AM