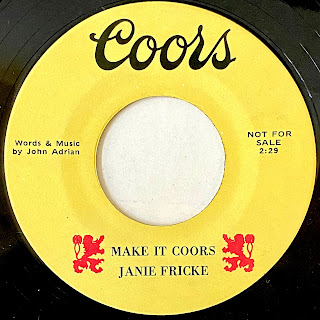 If Janie Fricke's path had gone the way her parents had hoped, she would have been a teacher.

"I was on a path toward elementary education," she said. "I was a student at the University of Indiana, but my love was music."

In between her studies, she would pick up singing gigs at "little restaurants" in her home state.

"I heard that there was a restaurant, in Elizbethtown, Kentucky, which was looking for a singer," she said. "So in between semesters, I went down there and  became a strolling minstrel, singing popular songs of the day, in between the tables at this restaurant."

One night a patron, so impressed with her vocals, suggested that she move to Memphis, and sing commercial and radio station jingles.

"This was around 1968. So I went down to Memphis and auditioned for this group, at Pepper Tanner studios. I didn't know what I was getting into. I was hired and immediately started singing. That's when I really fell in love with studio work."

While she was finding success as a backing vocalist and jingle singer, her family had other ideas.

"My parents wanted me to come back and finish my degree."

She would later return to Indiana, to earn her diploma, but the lure of a singing career kept her from using her university education. In between the books, she would try her luck in Los Angeles and Dallas.

"I went down to Texas and worked at TM Productions, doing radio station call letter jingles, and station IDs. We did so many, I couldn't even begin to tell you how many stations I did. On any given day, we would have a radio station representative come in and watch us record, then they would leave, and another radio station representative would come in, and we would record his station. This would go on and on, all day long. They would come in, from all over the United States."

She did remember one station ID, in particular, which included a then-unknown singer, Dan Seals.

"We were recording one for KLIF, there in Dallas. Dan was one of the other jingle singers. Of course, this was way before England Dan and John Ford Coley [and their 1976 #1 hit "I'd Really Love to See You Tonight"].

Fricke's own vocals were so in-demand that competing companies tried to recruit her.

"When I worked at TM, we were not allowed to work for any other studios, including PAMS, which was a competing studio, there in Dallas. We had to sign an agreement."

By then, she knew that if she wanted to pursue a singing career, she needed to be in Nashville.

"I took my jingle tape, and my first job there was as a secretary. I was meeting producers, and background singers, and that's how I got on with the Lea Jane Singers."

Formed by Lea Jane Berinati, the ensemble was one of the most in-demand backing vocal groups, in country music. The group included several soon-to-be famous names, including Judy Rodman, and Chuck Woolery.

By the mid to late 1970s, Fricke was considered one of the most prolific commercial jingle singers, in the country.

"I still have my little black book, showing all of the studio work I was doing, back then," she said. "I was so busy, doing jingles for Red Lobster, Dial soap, McDonald's, and Pizza Hut.

On September 18, 1977, as so noted in her personal records, she recorded a 2:29 song, for the Golden Colorado-based, Coors beer company. The song was written by John Adrian, who would later have hits for Billy Crash Craddock ("Broken Down in Tiny Pieces," which Fricke sings backing vocals on, and was a #1 song, in 1977), as well as songs for Loretta Lynn ("Out of My Head and Back in Bed") and Conway Twitty's "This Time I've Hurt Her More."

The song was recorded at Woodland Studios, in Nashville, and produced by Ron Chancey, who would later have hits with the Oak Ridge Boys, Sawyer Brown, and T. Graham Brown, among many others.

"I think that session may have lasted 45 minutes, to an hour," she recollected.

Listen to a sample of "Make it Coors."

Little did she know, the Coors song was pressed into a promotional 45. She is credited as the vocalist on the label, and the single is considered her first record.

"I didn't know they did that," she told me. "That has to be pretty rare, as I'm sure they didn't press very many of them, but yes, that Coors song is actually my very first record."

The flip side of the disc is credited to singer Don Gant, who previously formed (with Tupper Saussy), the 1960s psych-rock group Neon Philharmonic. He passed away in 1987. 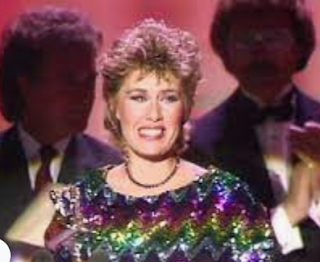 She still tours, and will soon be part of a Lee Greenwood tribute event, celebrating the multi-platinum performer, known for "God Bless The U.S.A." She will be performing his song "Hopelessly Yours," as part of an all-star line-up, which is scheduled October 10, in Huntsville, AL. She's also booked to perform at the Texas Country Music Celebration, set for August 12-15, in Carthage, TX.

Even with all of the accolades, Fricke still looks back on her jingle career with much fondness.

"In my shows I do a jingle medley, and I still sing 'Make it Coors,' in my set list."