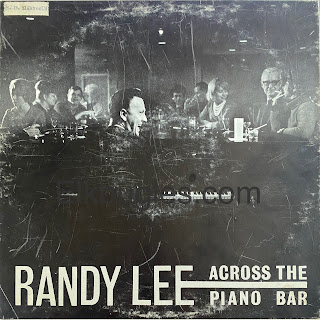 Picked up this Colorado Springs LP from my friend, Mike Stelk, the "encyclopedia of Colorado music history," recently. Another "off my radar" find, I'm grateful that he offered to me.

This all-instrumental jazzy piano lounge record doesn't offer a lot of clues, as to its history. No year is noted. I'm going to guess 1964, based on what I dug up, below. It doesn't sound like a "live" recording, as there is no audience banter or applause. Bill Cook, of KRYT radio is listed under "sound."

Listen to "You Came A Long Way From St. Louis"

I noted Jerry in a story I did, back in 2018. In that piece, I found out that he was a private vocal coach, and regular entertainer at Figaro's Restaurant, who also served as the choral director for Palmer High School, in Colorado Springs. He passed away in 2017.  His obituary indicated that he also performed for the Grace Episcopal Taylor Choir, Colorado Springs Chorale, Abendmusik, Colorado Opera Festival, Opera Theatre of the Rockies, and the western group, The Trailriders.

Drummer Tommy Thompson would appear on the Just Jack LP by Jack Harry and the Sammy Colon Trio.

Bongo player (and also listed as "art director") Herman Raymond was a Colorado Springs fine artist, and was listed as "a friend" of Lee's, and who also wrote the liner notes, on the back of the LP.

Bill Cook was the owner of  KRYT radio. He sold the station in 1979 (the FM side later became KKCS). He was also behind the recording of the Mike and Fran LP.

It's quite possible it was recorded at the old Alamo Hotel, on S. Tejon, where Lee was a regular entertainer, for several years. The front cover picture was shot at the Alamo Hotel. 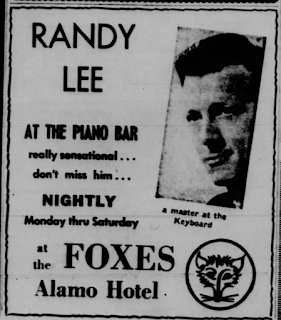 In a 1964 newspaper ad, it noted that he was coming back from a six-month engagement in Hawaii. It also noted that he played for three years at the Ent Air Force Base Officer's Club.

Lee made the rounds, when it came to Colorado Springs venues - I found stories and advertisements of his performing at the Eldorado Lounge, on east Pikes Peak, the Embers on Wahsatch, the Garden Valley Restaurant, on S. Circle, Wee G's on Pikes Peak Blvd., the Gourmet Table, the Medallion Hotel on Bijou, and the Chateau Motor Inn, and Pierre's, both on South Nevada. 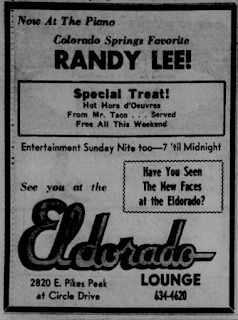 The last newspaper notation I found on Mr. Lee was in 1970, performing at the Sportsman Steakhouse, located on W. Las Vegas.