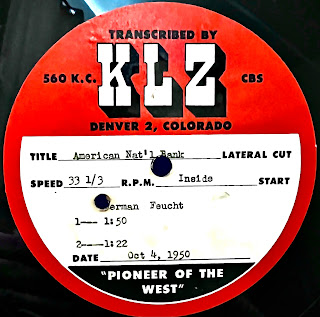 Hey all! I hope your new year is one of health, happiness and prosperity. Is your resolution to lose weight, run a marathon, or just survive until 2023? I completely get it, as it seems like lately I've been saying "I'm glad THAT year is over!"

I was reading that one of the biggest resolutions people attempt to do every year is save money. Of course these people probably don't scrounge for esoteric Colorado vinyl recordings (grin).

On that note, I wanted to feature this 1950 disc from KLZ radio, in Denver. It features two commercials for the American National Bank, and is added to the stash by my dear friend, Mike Stelk. 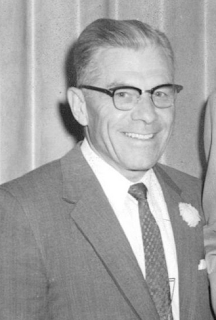 Herman Feucht
The spots are voiced by bank Vice President Herman Feucht (1898-1990), who was later named national vice chairman of the American Red Cross. The commercials don't include a music background, so it's possible there wasn't one, or it hadn't been added yet. 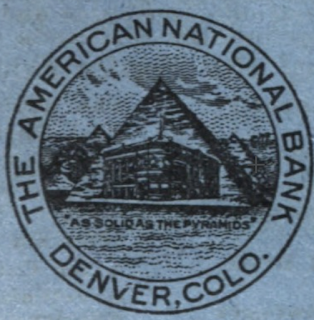 KLZ (560 AM) will be celebrating its 100th year on the air (it received its first broadcasting license on March 10, 1922), and is the oldest broadcasting station in the state of Colorado, and one of the oldest in the United States. In 1950, its station motto was "Pioneer of the West."

The American National Bank of Denver location, at 17th and Stout. was built in 1911. It was listed on the National Register of Historic Places in 1996. The building is now the Magnolia Hotel.