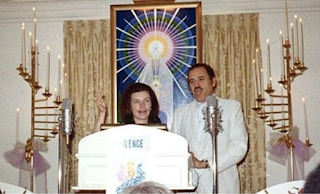 In 1966, spiritual leaders Elizabeth Clare Prophet and her husband Mark moved to Colorado Springs, residing in a mansion at the corner of 60 1st St. and Broadmoor Ave., which was known as the Retreat of the Resurrection Spiral.

NOTE: For more on Mark and Elizabeth Clare Prophet check Wikipedia. No need to repeat the extensive bio and history, as this post is about the recordings they produced, during their time in Colorado.

The Prophets immediately started publishing books and pamphlets, and soon The Colorado Springs-based Summit Lighthouse record label was added to their media empire. 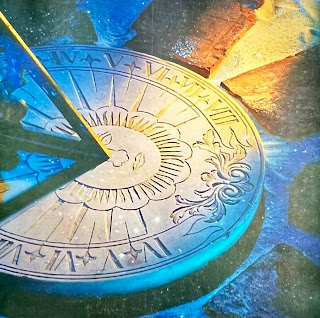 In 1968 they released Watch with Me (AMR 6803), which included a series of talks given December 25, 1967 at La Tourelle, The Citadel of Freedom, Colorado Springs, CO., and "The Summoning of the Devotees" given July 26, 1968 at the International Resource Conference, Los Angeles, CA. 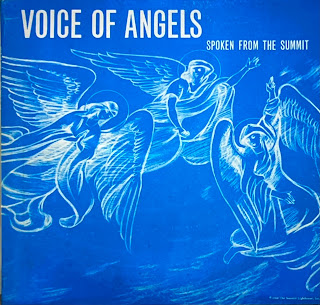 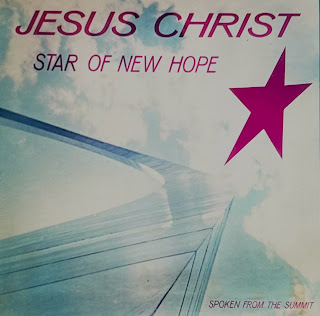 In 1971, the Prophets released Jesus Christ Star of New Hope (AMR 7101). The album included talks from that year. It credits the involvement of James G MacDermid, Pearl Curran, singer Claire DuBois, Alda Hudson on piano, and organist Sigrid Carlson. NOTE: Soprano DuBois released her own LP, This is My Garden (Dubco 1348).

In May 1972 the Prophets opened the Four Winds Organic Center, a health food store and restaurant, located at 108 S. Tejon. During that time, they became friends with lounge singer, Terry Canady (famed for the duo of Terry Canady and Rudy Perez). "At the time I met Mark, I was playing the nightclub circuit and traveling the country as an entertainer. I had a partner in my act, Rudy Perez. I played guitar and sang and he played conga drums. One of the spots at which we regularly performed [for three or four weeks at a time, usually] was the Piccadilly Bar in the beautiful Antlers Plaza Hotel, which was just a few blocks away from the Four Winds" (quote taken from the link above).

Mark Prophet died February 26, 1973. Upon his death, his widow Elizabeth took over the leadership of the organization, changing its name to Church Universal and Triumphant. Shortly after her husband's death, Prophet married Randall King, a staff member. This marriage lasted seven years.  The Four Winds Organic Center closed in 1975, and an auction was held to sell off the contents. There are references that Elizabeth Clare Prophet left Colorado Springs a short time later (although some reports say 1979-1980). She died in 2009.