Hey all! Over the weekend I attended the Denver Postcard and Paper Show, and scored and amazing cache of 1921-1923 Colorado Springs vaudeville programs and handbills, from my friend Susan Backer (Facebook link). This is one of the most amazing collections of Pikes Peak-area entertainment ephemera I have ever seen.

All are from the Burns Theatre, which was located at 21 – 23 East Pikes Peak Avenue. The venue was built in 1912, and remained a vaudeville staple until 1927, when it was converted into a movie house (and later known as the Chief Theatre). It was torn down in 1973.

There are so many programs and handbills, I'm going to have to divide it into two posts.

Most mention Pantages Vaudeville. The Burns Theatre was included in what was called the "Pantages Circuit," which included venues around the United States, which booked and rotated touring acts on long-term contracts. A few show some silent film titles. 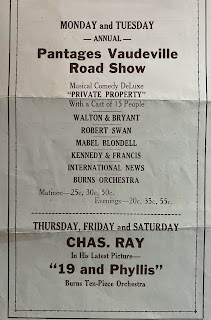 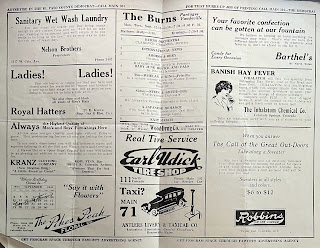 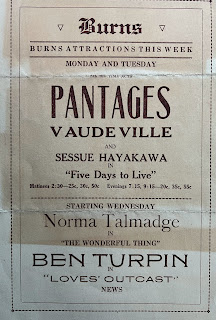 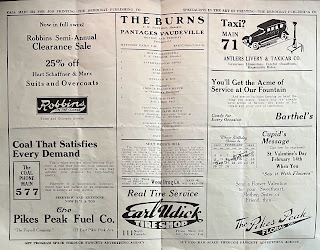 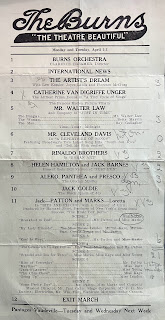