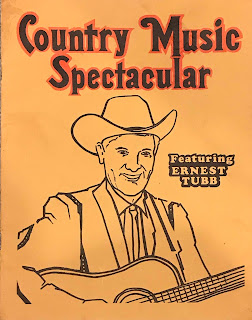 Hey all! So I'm digging through boxes of music memorabilia, which still had not been opened since I originally packed them up, for my move back home to Colorado, in 2015. I know, I know...

In between various records, and paper items, I found this program for the Country Music Spectacular, held at the Pueblo Memorial Hall*, in 1973.

*(There is no program mention of where this show took place. After this blog post went live, I received a couple of corrections, that the show was held at Memorial Hall) 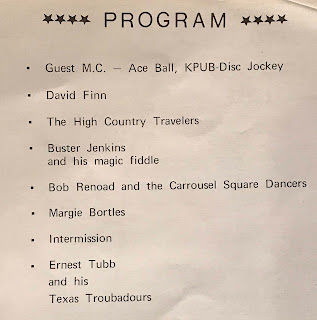 Local KPUB disc jockey and former West Texas country star, Ace Ball, served as announcer. R.W. Dick McComb, who spent several years at the helm of the Pueblo West Bulletin, and later the city manager in that zip, put together the event, and is noted as the "executive producer." 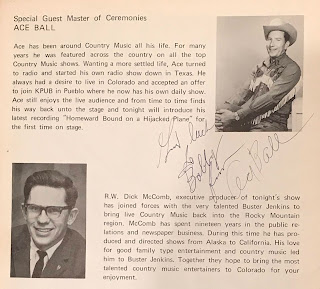 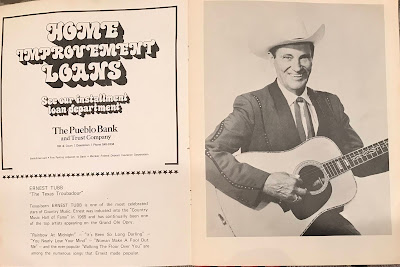 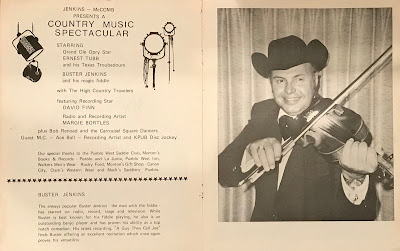 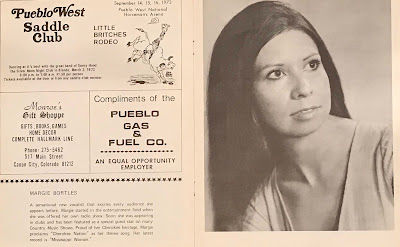 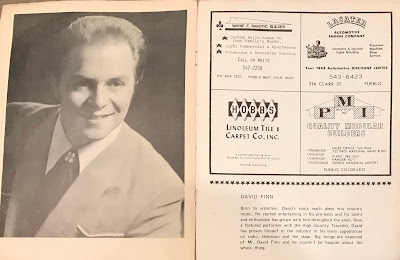