Wow, after I posted those pics, from the 1941 Pueblo newspapers, I was bombarded with questions and even more great music ads. I'll be spreading these out a bit, in future posts.

That said... this morning I received a message from Bill Blackburn (PSHS '91), the talented Pueblo-based member for the Springs band Punch Clock Heroes (formerly with Mixed Nutts, Monstrosity, Sands of Time, Jargon, and briefly with Justin Sane).

"Hi Lisa, I've got a Pueblo Star-Journal and Sunday Chieftain dated February 16, 1964. I can snap some music ad pictures for you."

Admittedly, he told me his phone camera wasn't great, but I didn't care. 1964 was one of the most prolific years for teen bands, in Pueblo, not to mention when many local early rock nightclubs opened. I couldn't wait to see what he had. 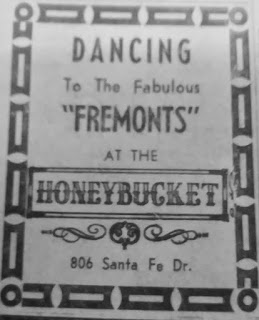 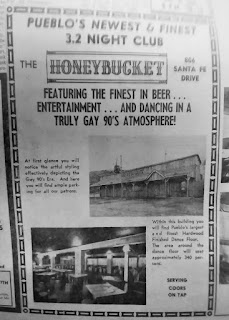 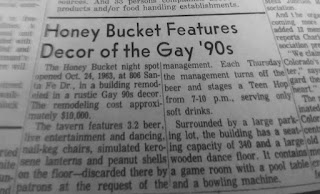 The Honeybucket, which opened in 1964, was one of the early Pueblo nightclubs to feature Pueblo teen bands and established pop/rock acts, including the Fabulous Fremonts and the Trolls. Located at 806 Santa Fe Drive, the venue boasted a "gay 90s theme." The story above provides a great early history on the club: "The tavern features 3.2 beer, live entertainment and dancing, nail-keg chairs, simulated kerosene lanterns, and peanut shells on the floor-discarded there by patrons. Each Thursday the management turns off the beer and stages a Teen Hop from 7-10, serving soft drinks." 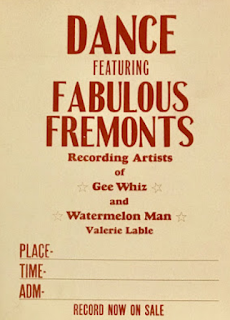 Poster from my personal collection. 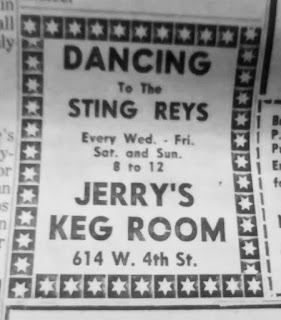 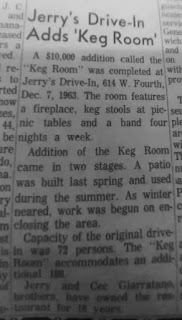 Jerry's Keg Room, located at 614 W. 4th,  was another early Pueblo club, which often featured the royalty of Pueblo teen bands -  The Stingreys, Chandells, Teardrops, and the Trolls. The story notes that the expansion to the club was completed in December, 1963, and features "a fireplace, keg stools, and a band four nights a week."  The club was owned by brothers Jerry and Cee Giarrantano. 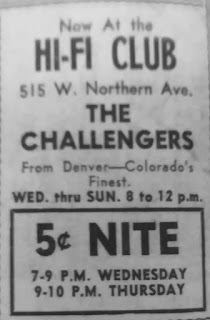 The Hi-Fi Club, located at 515 W. Northern, was known as the venue which often hosted the Chevelles. They were also famous for bringing in well-known regional and national acts, including Sunny and the Sunliners, and the Sir Douglas Quintet. 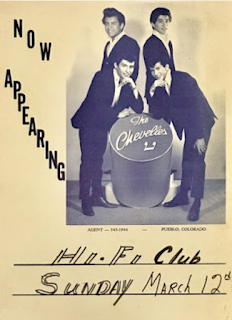 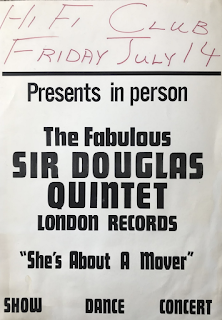 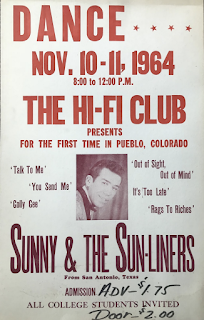 Posters from my personal collection.
Posted by Lisa Wheeler at 10:05 AM