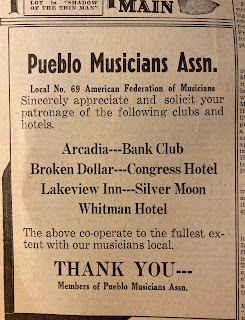 Hey all! Very excited to find a large stack of 1941 Pueblo newspapers, recently. Of course, I am pouring over the stories and ads, looking for anything music or entertainment-related. Here's what I found:

According to a 1942 Billboard article, Don Layne was a "blackface" comic, who owned the 85 Club. I also found, courtesy of the Pueblo Historical Society, the 85 Club was later known as a long-time gentleman's club, which featured, among other entertainers, "Hotcha Hinton & Her Las Vegas Revue." 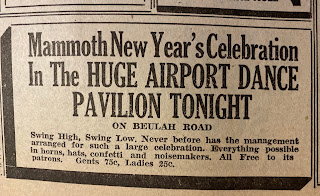 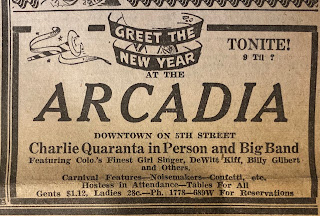 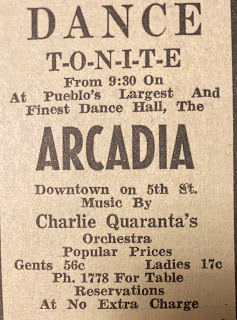 Arcadia Dance Club
____ E. 5th
Charlie Quaranta was a past president of the Pueblo Musicians Association. He was a noted band leader in a career that spanned more than half a century. In 1981, he was honored for 50 years of service as the Band Director at the Colorado State Fair. He passed away in 1987. 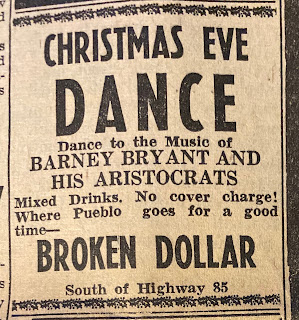 Broken Dollar
2301 Lake (Highway 85)
Also known later as a "gentleman's club," The Broken Dollar hosted several musical acts and entertainers, including Barney Bryant and His Aristocrats. The only reference I could find on Barney, was that he was once billed as an "Irish comedian."

Couldn't find anything on a venue called the Cow Shed, or the entertainer Harold Wilson. Of note, I see Johnnie Witcowich listed ("at the piano"). Johnnie Witcowich was the father of Rick Witcowich, later of the Teardrops and Guys and Doll - cool! 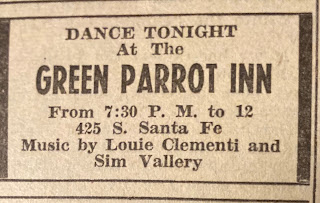 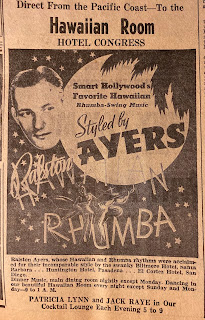 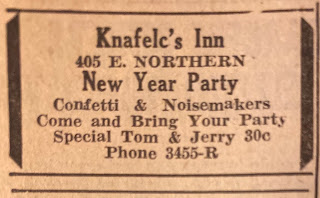 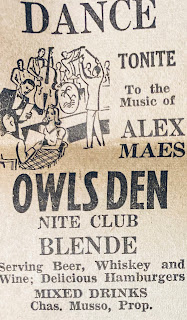 Couldn't find any information on the Owl's Den in Blende, owned by Charles Musso (assuming of the green chile Musso family).  Nor could I find anything on entertainer Alex Maes. 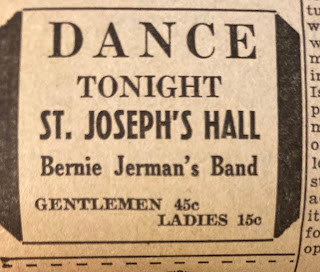 St. Joseph's Hall
917 East B Street
Bernie Jerman performed with a group called the Arcadians. He was the son of Matt Jerman. Bernie followed in his father's footsteps as a band master, having directed his own dance orchestra. 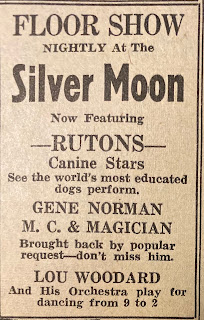 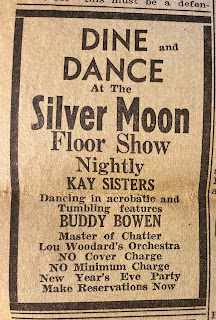 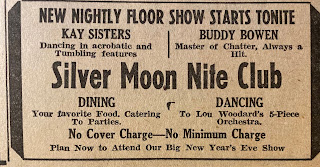 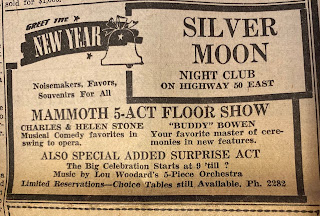 Silver Moon Nightclub
Highway 50 East, Blende
In the 1930s, the club was owned by Frank Vence and Anthony DePalma. It was later sold to Vence. The Rutons were a performing dog act. Couldn't find anything on Lou Woodard. Also featured the tumbling act, The Kay Sisters, and MC Buddy Bowen.

Whiteman Lounge and Cafe - Whitman Hotel
Highway 50
Before the Jim and John Cooper twin music act, of the 1970s-current, there were the Cooper sisters - Charlotte and Shirley. Born in Greeley, the sisters later moved to California, and attended Mar-Ken High School, in Hollywood, hence the stage name. 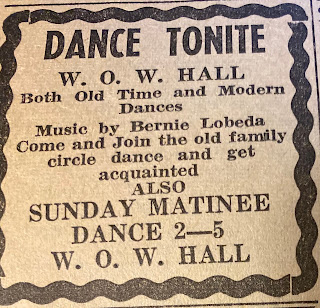 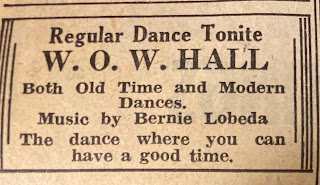 WOW (Woodmen of the World) Hall
Hoping someone can help me locate information on Bernie Lobeda.