The Silver and Gold - University of Colorado (1938) 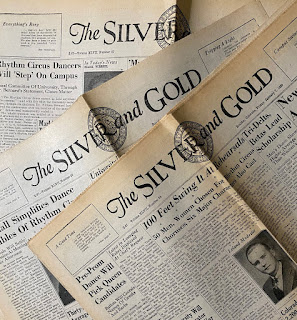 Scored a small stack of 1938 The Silver and Gold issues, the University of Colorado-Boulder student newspaper, at a recent estate sale. Of course, you know me, I immediately dug in to see if I could find anything music related.

As evident by the ads below, the popular music genre of 1938 was a new pre-WWII sound called swing. Tommy Dorsey, Rudy Vallee, Dolly Dawn, and later, former University of Colorado alumn, Glenn Miller would have been on most college campus turntables. As evident by these few papers, campus formals, with bandleader orchestras, were common. I've also added the #1 national Hit Parade magazine songs, of these particular weeks, to give you a feel of that time period: 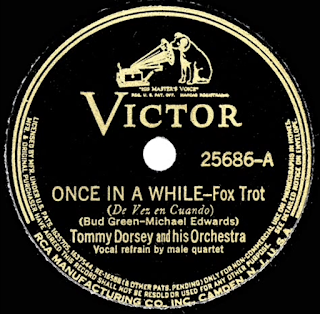 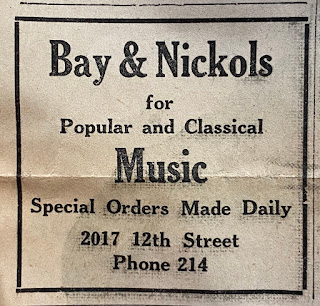 Bay & Nickols ("for Popular and Classical Music")
2017 12th Street
Apparently this was an early Boulder record store.
The location (12th and Pleasant) is now a parking lot. 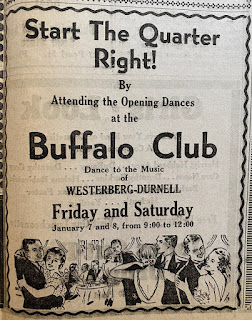 The Buffalo Club
"Dance to the Music of Westerberg-Durnell"
Club was owned by James Marshall
The Buffalo Club was located on 13th Street, and was there through at least 1940 (later becoming the Anchorage). It's now home to the Fox Theatre. 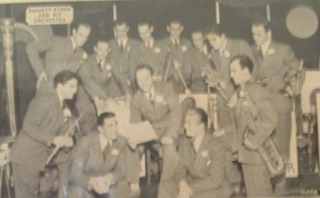 Pete Smythe and his Orchestra
Before Pete became a well-known Denver TV personality, he was a band leader. He graduated CU-Boulder, in 1934, and fronted the band the Whiz Bang Four, which morphed in the Pete Smythe Orchestra. Three years, after this particular concert (above) he went on to his first disc jockey job, as the host of "Meet The Boys in the Band," on KMYR.
The Canon Park Nite Club was located about a mile from the Boulder city limits (which was then a "dry" alcohol town, until 1967). 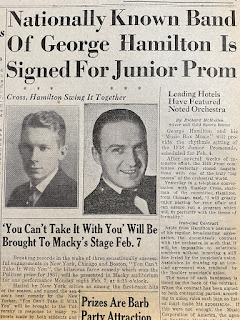 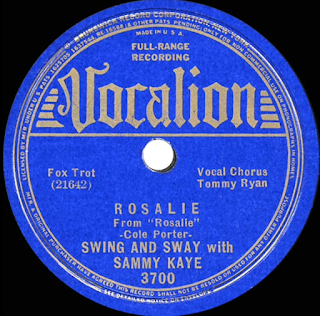 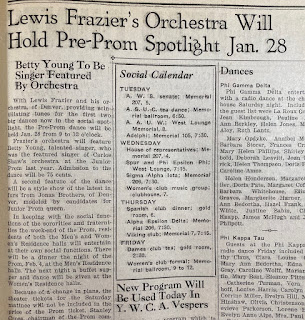 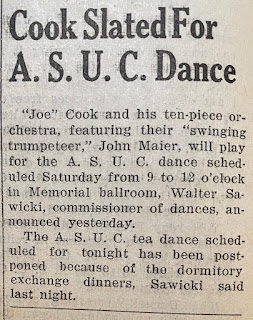 Joe Cook and his Orchestra 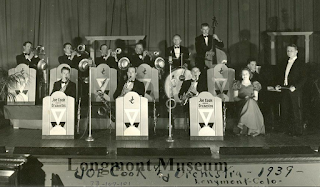 (Postcard of the Joe Cook Orchestra - courtesy of the Longmont Museum) 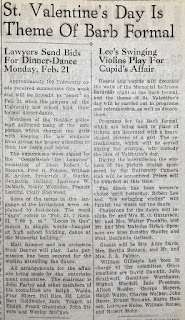 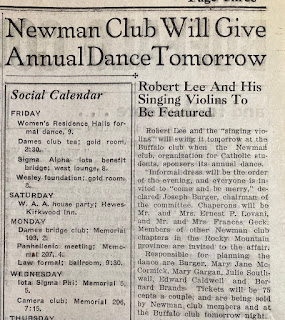 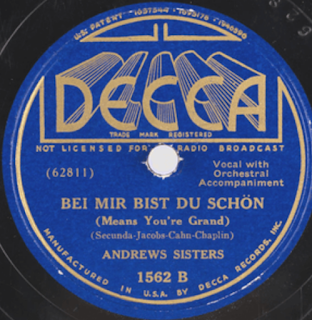 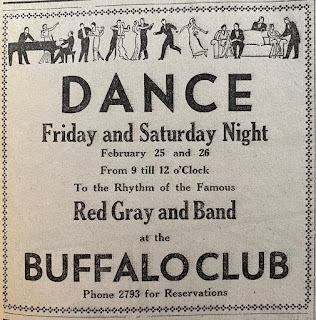 Buffalo Club
Dance to the Music of Red Gray and Band