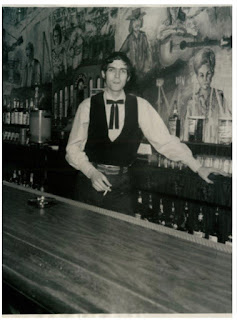 So yesterday, I'm doing my normal ritual - hitting up the estate sales in town, when I drive up to a wonderful two story home, near downtown Denver. The line was stretched around the front, which is always a good sign. 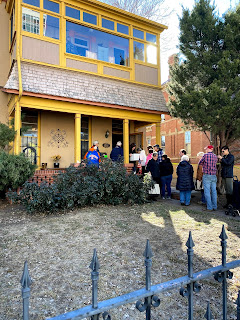 What caught me as odd, as soon as I walked in, I found several pieces of memorabilia, from the Silver Slipper Saloon, in Central City. Then, I noticed a huge stack of records, all from artists who had some connection to the Gilpin County town. 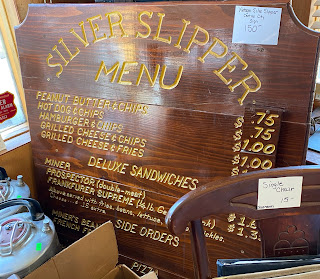 So I'm immediately thinking, "Is this the estate sale of someone who had something to do with the Silver Slipper?" I Googled the address, and did a bit of detective work, and discovered I was in the former home of Lanning Likes, the owner and operator of the bar, from 1968-1978, and who passed away, last summer. 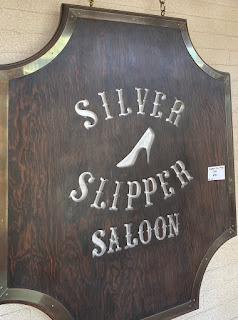 According to his obituary, Mr. Likes was born in Lamar, in 1944, to Dr. Edwin C. Likes and Juanita Likes.  After graduating from Lamar High School in 1962, he attended college at Tulane University and Southern California University, receiving a Bachelor of Science in Business Administration from the University of Denver. He began studying for a law degree but stopped just short, to start his own business - as owner and operator of the Silver Slipper Saloon in Central City.

After he left the Saloon, in 1978, he moved to Denver, where he became a licensed stockbroker.

Among the stack of records, I found this tape of the original Silver Slipper musical opening (sadly, my reel-to-reel player died, so I can't supply audio, at this time. Will post when I get it dubbed off). 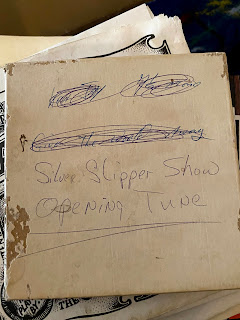 Several Colorado singers performed in Central City, while Mr. Likes was the Slipper's owner, and he had apparently kept copies of their vinyl recordings. I found a large stack of an Ozie Waters picture sleeve single, even I had never seen, the Verne Partlow-penned, "Old Man Atom." This re-recorded single was originally released, by Ozie, on the Coral label, in 1950. The single below features Harvey Gosman on fiddle, and Gill Blagg on bass (it also appears on Ozie's Central City Favorites albums, which were recorded at the Silver Slipper).

I bought the entire batch. 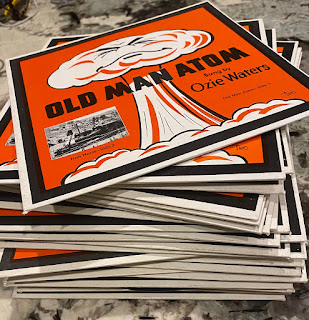 Waters, who was a cowboy movie star. and Denver TV personality, was a regular Central City performer. He also recorded the albums, Central City Favorites.  He was later elected town marshal.  He passed away in 1978, in Central City. 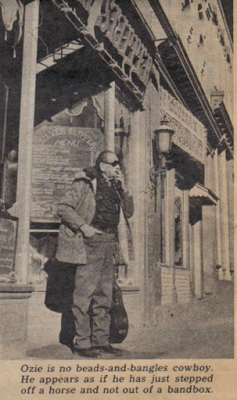 Photo of Ozie Waters, outside the Silver Slipper Saloon
(click on picture to see the original menu, in the window, which is also pictured at the estate sale)

Around that same time, CD Draper was a regular at Earl's Toll Gate - another Central City area hangout.  Among the estate sale collection, I found a stack of Curtain Call records, (CD Draper's homemade label) including those by Joe Diamond and Lois Lane. 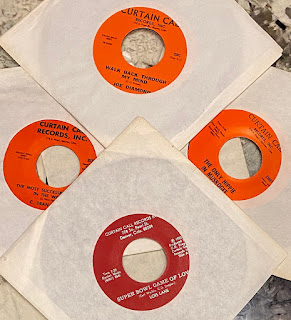 While I didn't need to duplicate the albums being offered at the sale, there was also an impressive offering of Central City-related albums, including those by Draper, The Gilded Garter house band Band on the Bar Room Floor, and two Ozie Waters LPs. 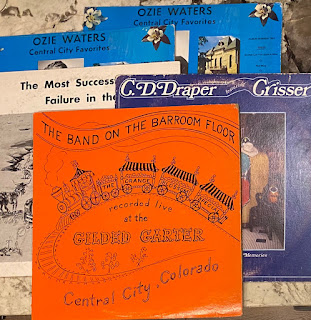 According to David Forsyth, the executive director and curator of the Gilpin County Historical Society, the Silver Slipper changed hands, after Mr. Likes left, and eventually closed, in the 1990s (the building is now part of the Bonanza casino. The original Silver Slipper mural, shown in the Lanning Likes picture at the top of the blog, is still there).

My thanks to the Likes family, for keeping these records safe, and allowing them to be purchased, so they may be preserved.